Day of the Dead in Oaxaca City - BookitList

Day of the Dead in Oaxaca City

Celebrating Día de Muertos (Day of the Dead) in Mexico is a bucket list experience for so many travelers. As someone who’s lucky enough to call Mexico home, I have attended celebrations in a few places in the country, including the elaborate Oaxaca Day of the Dead festival, and Hanal Pixan, the Mayan Day of the Dead celebration in Mérida, Mexico.

There are many other places to enjoy this festive holiday in Mexico — including Mexico City and a nearby pueblo (small town) called Mixquic, the colorful colonial cities of San Miguel de Allende and Guanajuato City, and the towns on Lake Patzcuaro in Michoacan state. In Mexico, not all cities have elaborated Día de los Muertos celebrations, but the ones listed do.

The biggest and best celebration is the Day of the Dead festival in Oaxaca City, especially for those who want a true cultural experience. Besides Oaxaca City, there are other celebrations in Oaxaca state worth checking out, like elaborate comparsa (parade) in San Agustin Etla, and the gorgeous panteon (cemetery) in Xoxocotlan. 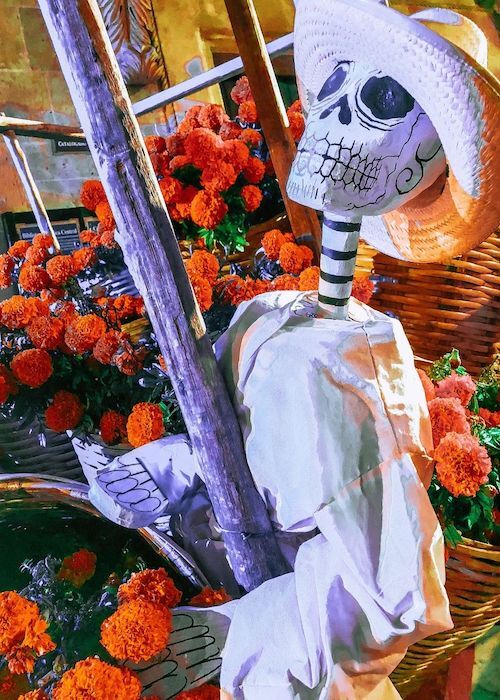 So just what is Day of the Dead in Oaxaca City?

Day of the Dead is a multi-day holiday that officially takes place on November 1 and 2. However, since this holiday envelopes the whole city, preparations start a week prior. Also, since most festivities start at midnight on November 1, most people say the holiday actually starts on October 31 — which is Halloween in the rest of the world.

For the best experience, arrive to Oaxaca City by October 27, so you can see the ofrendas (altars) being built, the cempasuchil (marigold) flowers arriving by the truckload into town, and the papel picado (colorful paper flags) being hung from one side of the street to the other.

As a matter of cultural sensitivity, don’t even refer to Day of the Dead “Mexican Halloween.” It is an ancient holiday to honor our departed loved ones, and though it is a celebration, it is very profound (and can be quite sad at times) to those who are still living. In fact, the only real tie to modern-day Halloween is the date it happens to fall on.

What happens during Day of the Dead in Oaxaca City?

As mentioned, there are the famous ofrendas, elaborate altars that will have photos of the departed, marigold flowers, copal incense burning, food and drink. It is said that when the deceased return earth-side during Day of the Dead, they will be tired from their long journey — so their family members leave out their favorite foods and drinks, and also the traditional pan de muerto, of “bread of the dead.”

Besides the ofrendas that you’ll see on the streets of Oaxaca City, and in restaurants and shops, the gravesites in the city’s cemeteries are also elaborately decorated. Again, this starts in advance of the holiday, and is amazing to watch. The first cemetery vigil where the families gather at the gravesite of their loved ones will start at midnight on November 1.

November 1 is referred to as Día de los Inocentes (Day of the Innocentes) or Día de los Angelitos (Day of the Little Angels), as it commemorates the children who have passed. The next day, November 2, is actually the “Day” of the Dead, and is in honor of the adults who are no longer with us.

History of Day of the Dead

Día de Muertos is a time when the veil to the spirit world is lifted or thinned, and our departed loved ones return to Earth and see us. It is both a time of remembrance, and a time to party with them and relive the good times. Families will often have photos of their deceased loved ones displayed on their ofrenda (altar), and many people actually like it when you ask about them.

This holiday dates back to prehispanic times, where the Aztecs held a similar celebration — tho0ugh it took place in the summer. When the Spanish conquistadors arrived in Mexico and forced Catholicism on the Aztecs, they moved this holiday to align with the Catholic Allhallowtide holiday in late-October/early-November. 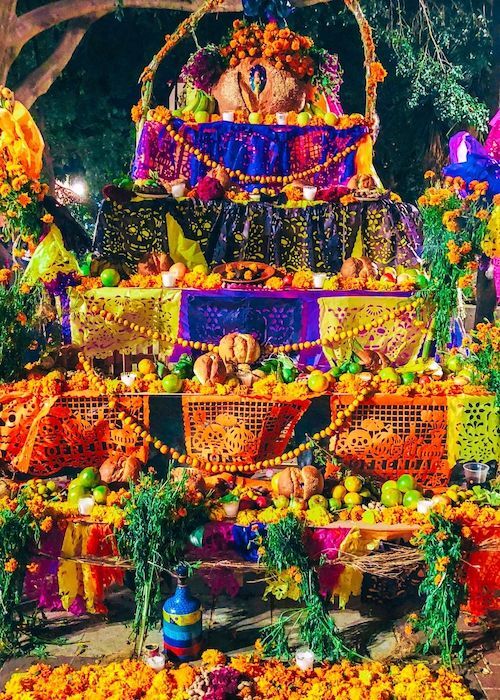 How to Attend Day of the Dead in Oaxaca City

As a smaller-sized city, local hotels, hostels and Airbnbs are pretty much full for Day of the Dead about 1-2 months out. I always recommend people book at least 4-6 months out, especially if you have certain needs in your where you stay — ie. no stairs to climb, must have a full kitchen to cook meals, etc.

There are very rarely direct flights into Oaxaca International Airport (code: OAX). You will more than likely have to connect through the Mexico City Airport (MEX) or Guadalajara Airport (GDL) before you fly to Oaxaca, and if you have the time, consider spending a few days in either city.

One final “warning” I give about Día de Muertos in Oaxaca City is that this is a very loud and long holiday! Though it’s called “Day” of the Dead, this is more of a weeklong celebration. There are comparsas (parades) that go through town, with full bands playing traditional Zapotec music at all hours of the day and night. It's truly an amazing festival, but do pack earplugs. 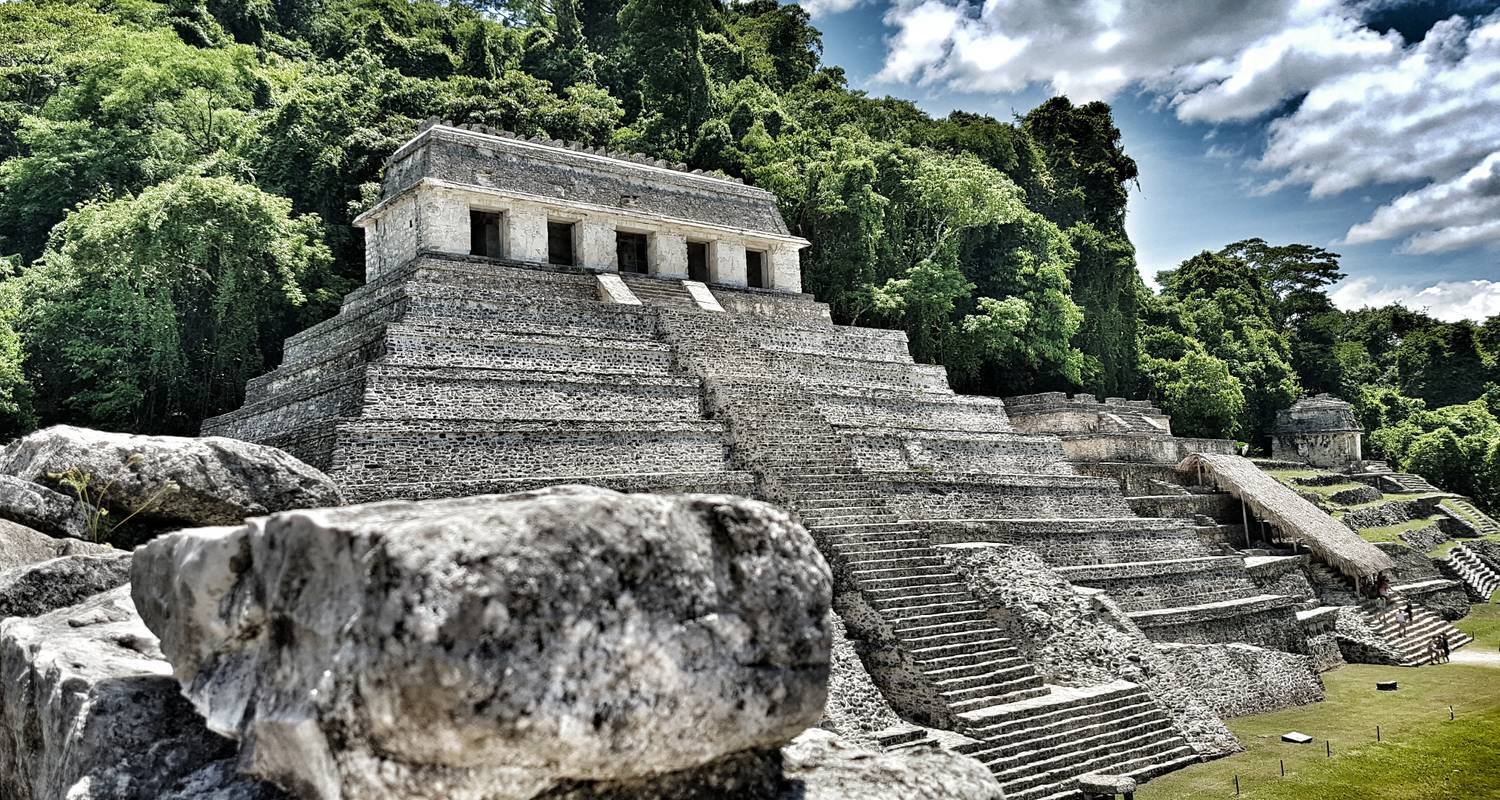 Shelley is a former Miami travel magazine editor who ditched the office for the world! After traveling solo to 16 states in Mexico, she settled down in Merida, Mexico, in 2019. Today, she runs the Travel Mexico Solo blog, and helps travelers plan their perfect Mexico trip. Catch up with her on Instagram, Anchor and Facebook.