Forget A Drive-In Cinema, Paris Is Hosting A Float-In Cinema!

Paris Plages urban beach is returning, and the Parisians have cooked up a recipe for entertainment perhaps even more tantalizing than a freshly buttered croissant.

The Canal de l’Ourcq is usually teeming with quaint boats gliding through it’s meandering waterways this time of year, but with the majority of visitors to this popular attraction absent, the extra space has sparked another more creative use of the boats.

The boats will serve as seating, in a new Float-In cinema experience. 150 locals will be able to relax whilst bobbing around on the water with 38 small boats available in groups of two, four or six. 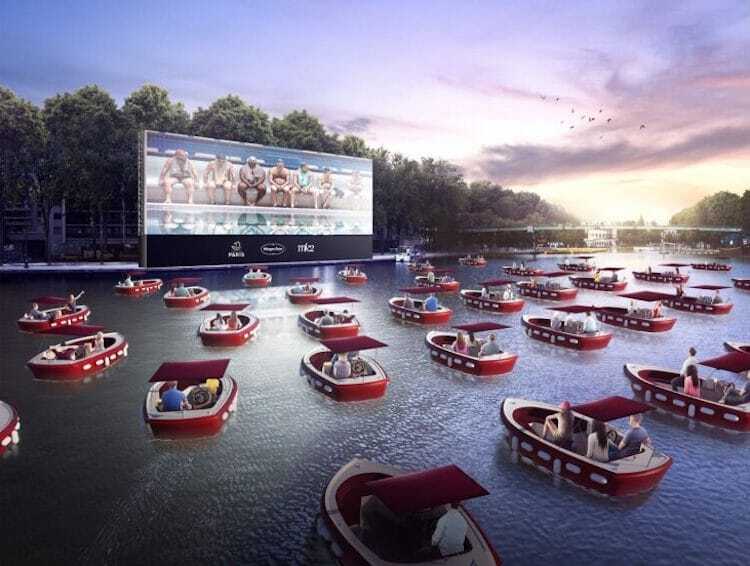 MK2 is a small cinema chain with 2 local venues just downstream of the canal. The film to be shown is Gilles Lellouche’s 2018 comedy ‘Le Grand Bain’.

You’ll even be served complimentary ice cream prior to climbing aboard and setting sail on your unique Float-In cinema experience.

If you’re not lucky enough to be captaining your own viewing ship, then an additional 150 seats will be available on the quay opposite the screen. Which should also make for prime viewing should anyone fall in.

Drive In Festivals Still a Hit

While regular trips to the cinema and festivals have taken a hit this year, the UK drive in festivals are still selling fast, with acts popping up all across the country. Check out your local Drive in Festivals to see who's going to be showing near you!