Over the course of this past week, throngs of Icelanders have flocked to the country’s Reykjanes Peninsula, (situated around 30km from the capital Reykavik), to witness the breathtaking sight of the previously-dormant Mount Fagradalsfjall erupting.

Eruptions first began on March 19, though due to safety concerns, the area was closed off to the public by authorities until Saturday, and the following day the entirety of one side of the volcano’s two cinder cones collapsed, to reveal an awe-inspiring river of bright-orange lava.

A major volcanic hotspot, Iceland is situated on the Mid-Atlantic ridge, a 40.000 km crack in the ocean floor that separates the North American and Eurasian tectonic plates and is responsible for the countries geothermal topography. However, the volcano itself has lain dormant for 6000 years, whilst the eruption is also the first to occur in the peninsula for almost 8 centuries!

Scientists had warned of an imminent eruption for some time, with almost 50,000 earthquakes (nearly 30 of which registered at 4.0 or above on the Richter Scale) occurring in the region in the weeks preceding March 19. However, though the volcano is estimated to have discharged over a million square metres of lava thus far (and plumes reaching heights of nearly 100 M) the eruption is viewed by experts as relatively small and controlled and is not deemed be a major danger to nearby communities, the closest of which, the small fishing town of Grindavik, is situated around 8KM away.

However, in spite of this, the thousands of adventurous souls who have made the journey from across the island, have been treated to some awe-inspiring close-ups of molten lava streams, and have been making the most of their visit, with some even pictured using the hardened crust at the base of the volcano to cook sausages! 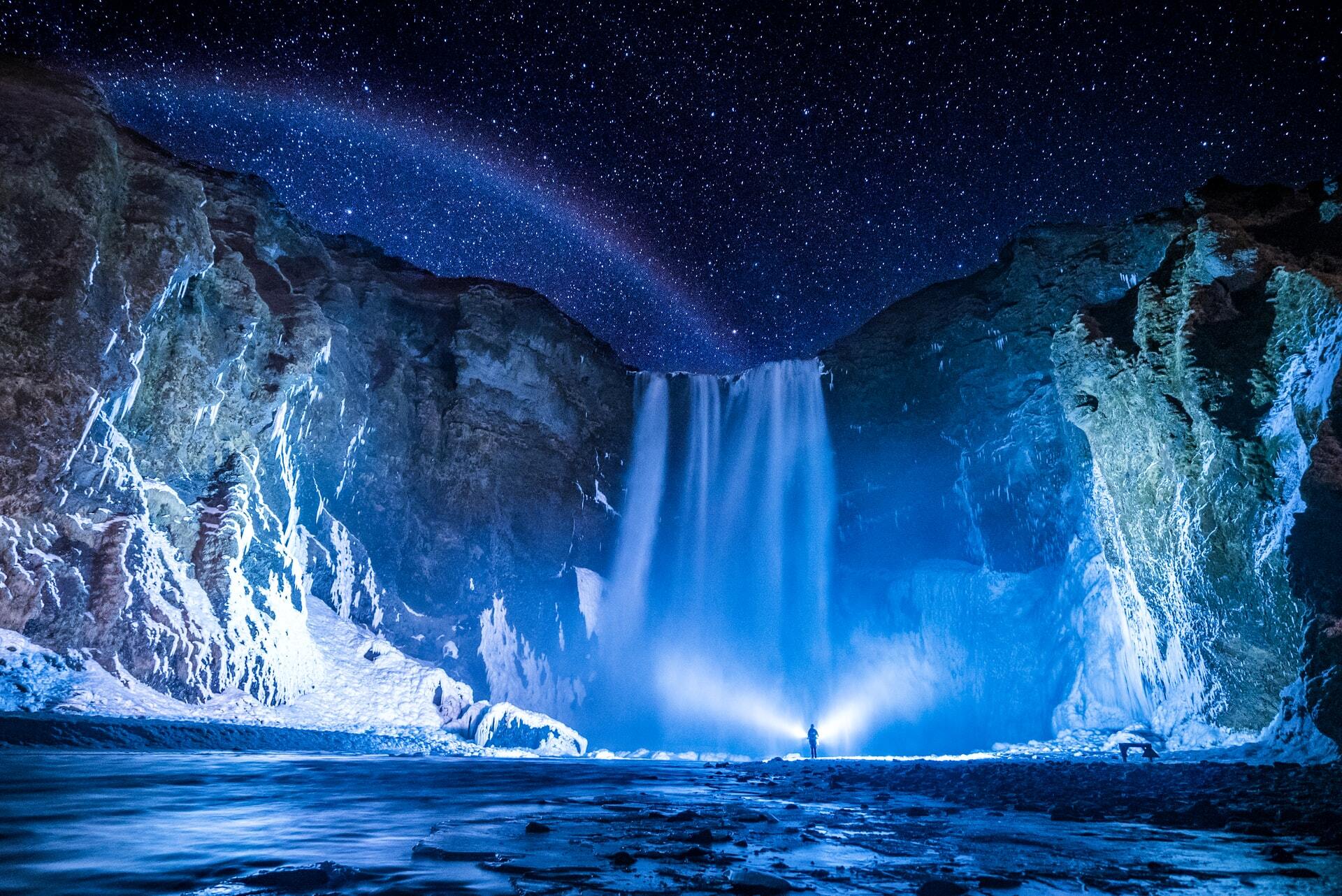 Waterfalls, volcanoes, glaciers, mountains, and much much more... Iceland is truly breathtaking, home to some of the most incredible natural scenery in the world!