Some businesses such as pubs and restaurants have been given a warning...

the warning comes courtesy of Sadiq Khan, who claims that they could very well maintain closed after the lockdown is lifted.

The mayor of London said that as part of a new pandemic norm commuters will be forced to wear masks on the Tube to prevent the spread of the corona virus.

Schools will also be made to open at staggered times to prevent overcrowding in public spaces.

The vision laid out for what life will be post-lockdown is bleak and citizens are warned they would only be able to see their loved ones occasionally.

In a very politically driven addition he stated the public should be “treated as adults” after lockdown.

Mr Khan also said: "There will be no return to life as it was – instead we face a ‘new normal’ even once lockdown is eased.

"We may be able to occasionally see our closest loved ones – but interactions will be limited and for a while there will be no larger gatherings.

"While non-essential shops will be able to reopen after introducing social distancing measures, it is difficult to see how this can safely be extended to bars, restaurants or social spaces in a practicable way soon."

Work places as well as schools will be staggered to reduce the crowd volume in rush hours and those who can work from home continue to do so.

"People travelling on public transport are likely to have to wear "non-medical face coverings to reduce the risk to others," he said.

Britain's death toll rose to a morbid 26,771 as of Thursday when an additional 674 people perished from the virus.

Next week PM Boris Johnson has revealed he wishes to lay out plans to restart the economy and get children back into school.

The majority of residents in the country’s capital will remain working at home for the foreseeable future. 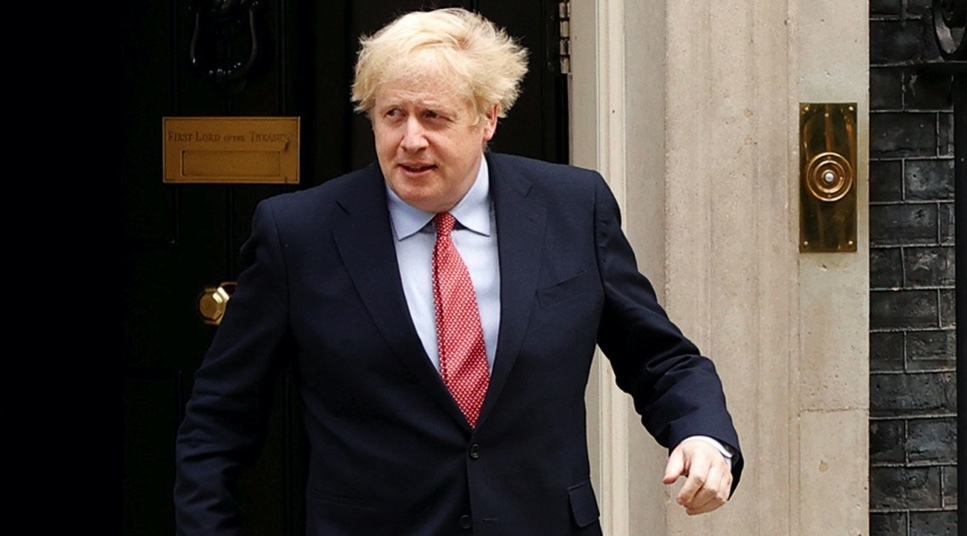 PM Boris Johnson is back at work after contracting coronavirus

The local transport system faces a uniquely difficult set of challenges in regards to maintaining the social distancing guidelines. There are also growing concerns that the London transport network could be overwhelmed with a mass influx of passengers.

With this in mind, Londoners are being encouraged to walk or cycle wherever possible.

Mr Khan added: "People using public transport are likely to have to use non-medical face coverings to reduce the risk to others – as governments around the world and now the Scottish Government is advising.

"Start times for schools and workplaces will have to be staggered throughout the day to avoid a congested rush hour and limit overcrowding."

He then rightfully applauded the “resurging community spirit” being shown in the “clap for carers” to pay homage to the NHS and care workers who are risking their own lives to help others in need.

He then requested for "unprecedented Government support to keep the economy moving", with the capital's nightlife and tourist industry battered by a huge downturn in trade.