I’ve often heard and read that Oktoberfest is “the happiest place on earth”. Now after being there a couple times I can safely that it must be a strong contender for that title. And how can it not be?

Pretty hard to not be happy standing on seats, stein in one hand, arm around your new German friend Günter who you met from the next table 1 song previous, singing along to some John Denver (namely “Country Roads, take me home”; heard at least 2 to 3 times a day at the festival).

I can’t give a detailed recount of either of my visits, naturally some parts are a bit hazy 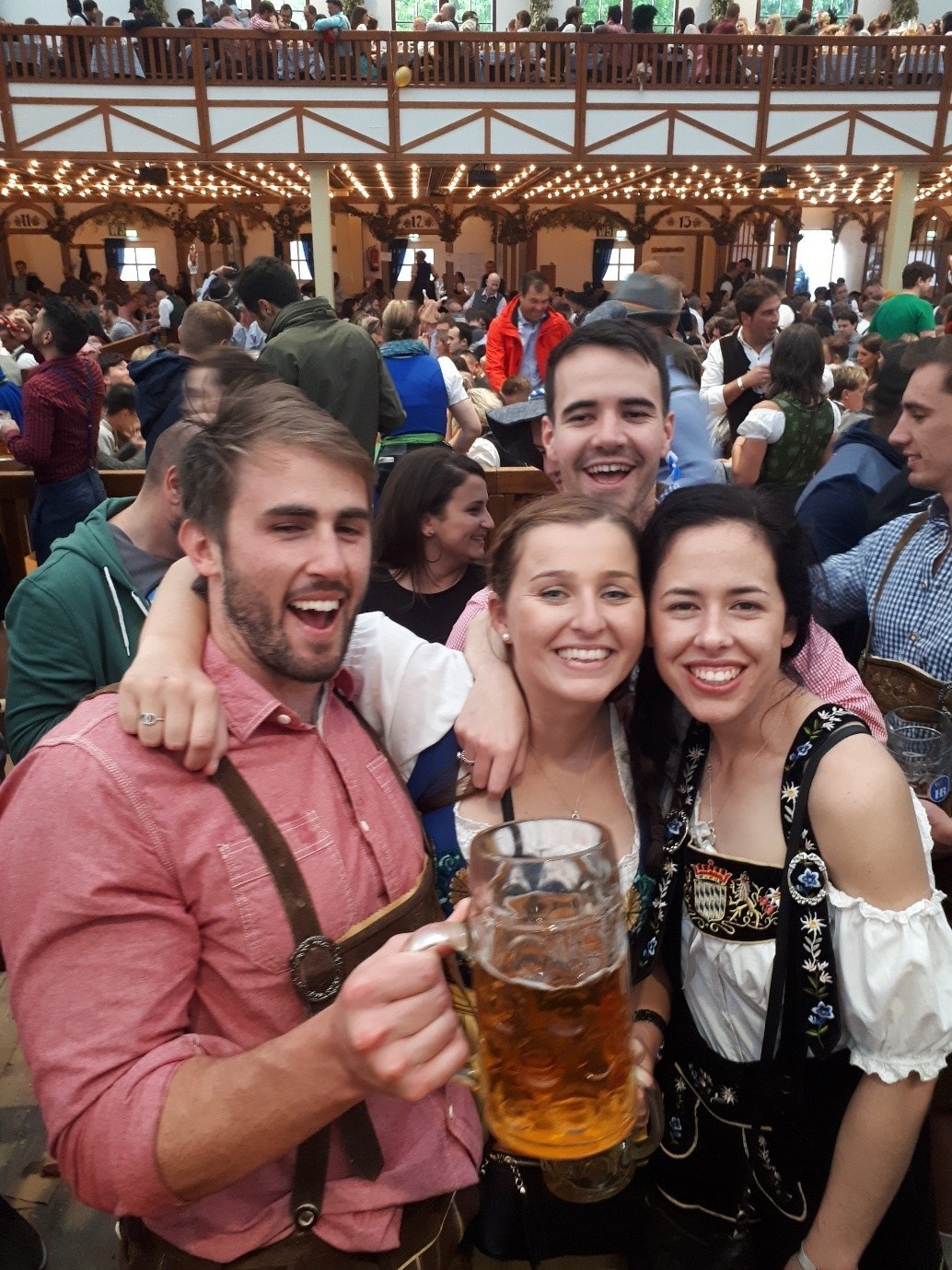 As we all know, Oktoberfest is a large German Beer festival held in Munich each year. Contrary to the name, the festival actually starts in mid-September and finished in early October (running for about 2 weeks). My first time going, I was all fired up and ready to spend the day going amongst the beer tents, but when I arrived I was surprised to see that the area is one big fair ground with a tonne of rides as well. So while it is big on beer, there’s a few activities should you need to give the arm a rest.

I can’t give a detailed recount of either of my visits, naturally some parts are a bit hazy (the beer is brewed especially for Oktoberfest and is stronger than normal!). But I can offer some Do’s and Don’ts from some things learnt:

Do go for more than one day. The first year I went we planned to go for 2 days and spend the last day in Munich seeing the city itself. However, we had enjoyed the first two days too much that we had to go back- and its free entry, so why not?

Don’t be rude to the beer maids/waiters. Oktoberfest is table service, each waiter has a “patch” in the tent and are your source of beer. We tended to tip a bit on our rounds (12 euro a beer), this ensures they will keep an eye out for when your glass is empty. Don’t be afraid to try out some German and have some banter, they like it (although their English is really good), they also have to put up with a load of drunks, it goes a long way if youre nice!

Do book your accommodation early. Accommodation is so expensive at this time, so book early to avoid missing out/paying your left arm for a place to crash. Having been with a group the last two years, Airbnb was a handy for us. Don’t be afraid to stay out of the centre either, if you're on the underground line and you'll be fine. We had about a 25min commute each year and that has been fine. And you can drink on the train to help pass the time if the steins aren’t enough…

Don’t leave Oktoberfest without having a Roast Pork Knuckle. Ok, maybe just my opinion but I think this is the best thing you can order there (plenty of other goodies about as well). If you have a table then you can order food to the table, it comes pretty quick too so don’t worry- you wont go hungry. 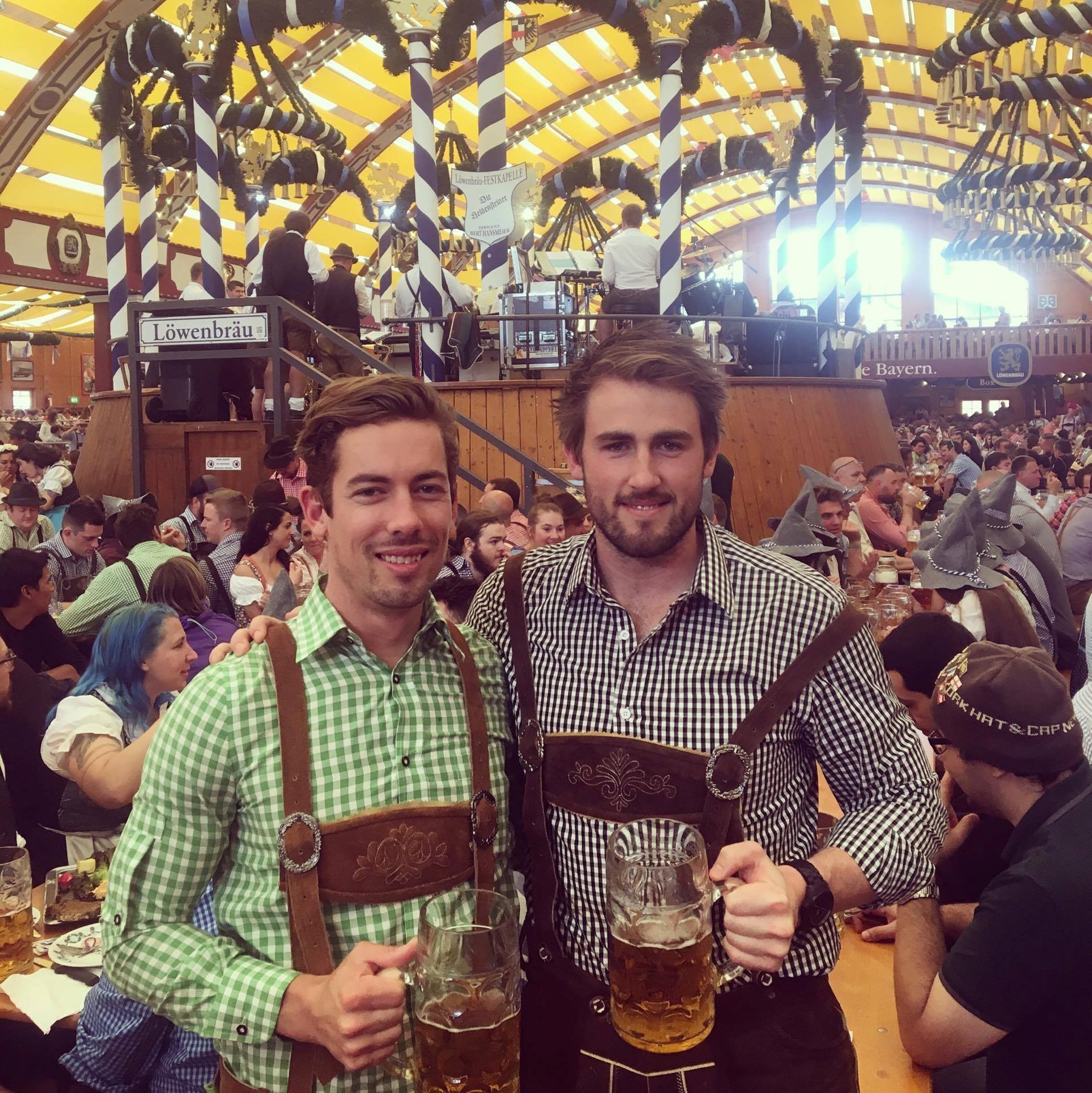 Do wear a lederhosen/dirndl. Best to get into the theme, and if you plan on spending time in the tents, a lot of people are wearing the kit. An easy place to buy a get-up is in Munich central train station. Expect to pay about 80 euro for a lederhosen and about 60 for a dirndl.

Don’t wear a Check (plaid) shirt (for guys). A tip from a local was to wear a plain t-shirt underneath the lederhosen. In their words “tourists wear check shirts”. Given the amount of tourists though you wont be out of place either way. 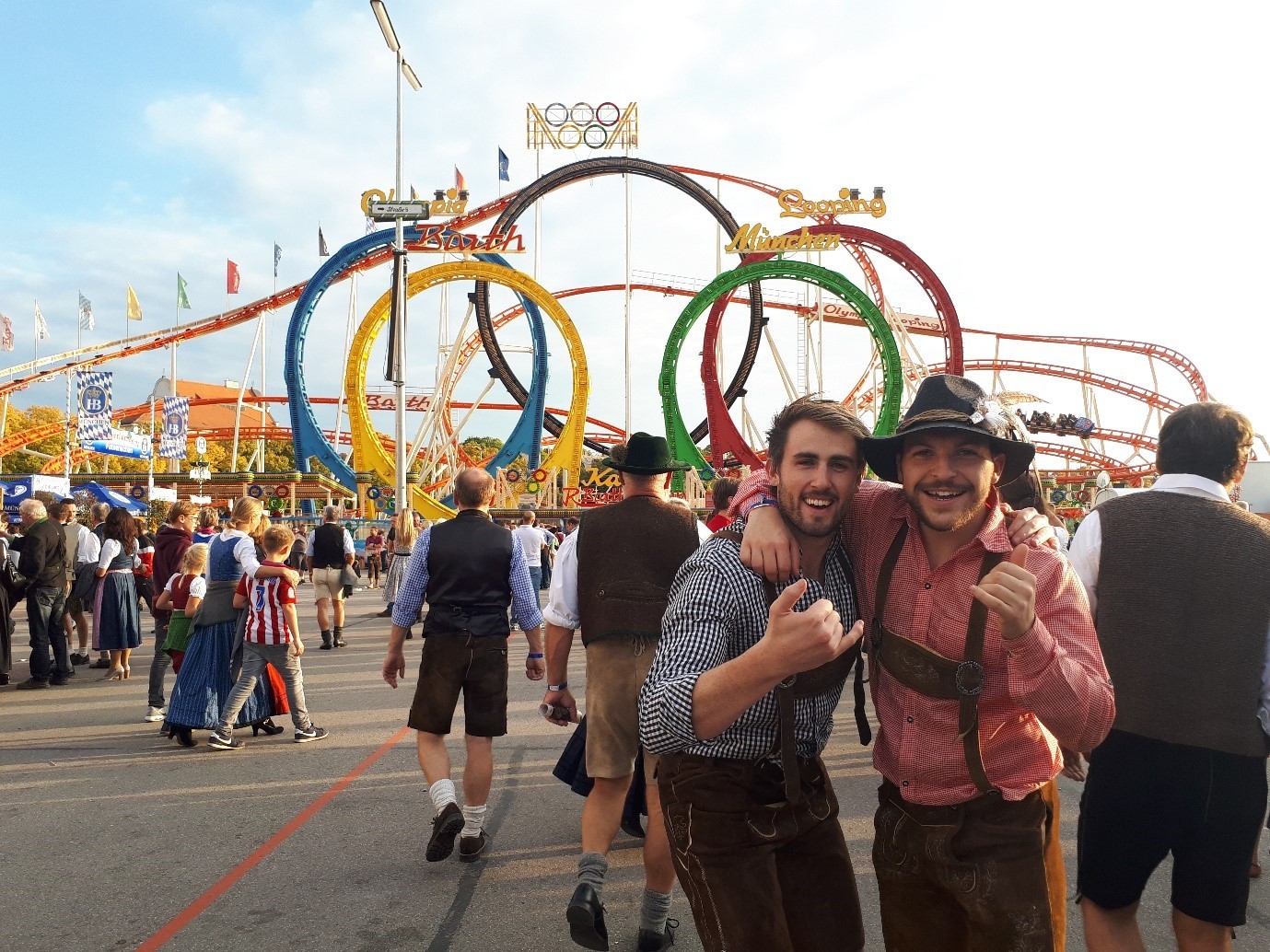 Do go on the rides. Defnitely go on the rides. For some it might not be a good mix (alcohol and roller coasts) but those who can stomach it, it is a load of fun. Take a break from the steins for a ride, then get back into tents and continue.

Don’t go out of the blocks too hard. Oktoberfest is a marathon not a sprint. My friends and I on our very first day all fell victim- we were so excited and the beer was flowing quick. Come 3pm we were in bits. Given the tents close at 11, there is incentive to pace yourself. The tents come alive later on, its worth being around for. 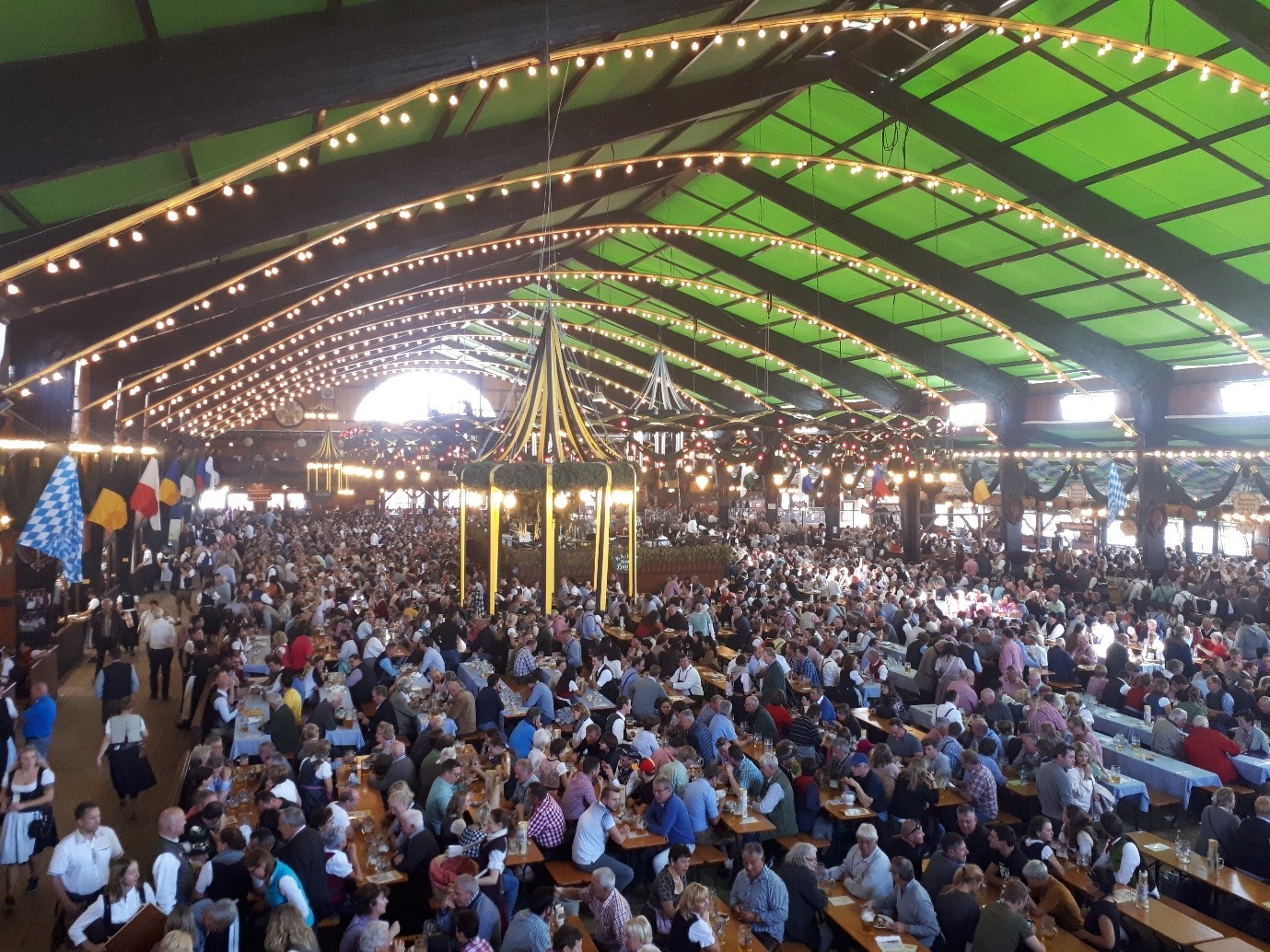 Do get there early. Maybe not as important if you’re in a small group (say up to 4-6) as you’ll be able to squeeze on to the end of a table. But for big groups, to find a whole free table anytime after the early afternoon is tough going. We aimed to be in by about 11 to get a table. If you’re really struggling, I recommend going to the standing table area in the Hofbrau tent. Even if it is packed you can usually squeeze onto a table there, and once you get a table its so much easier to get served.

Don’t just stick to the one tent. A hard one if you’re in a big group because you won’t want to give up a good spot but I recommend getting around to a few different ones. Each has a different vibe to it so just about finding what you like. Expats tend to gravitate to Hacker, Hofbrau and Lowenbrau as these are more “party”.

Planning has begun for a third trip in 2019- its way to good to miss!

Aussie currently living in Nottingham UK. Learning Spanish, fan of the beach, live music and getting off the beaten track. Trying to make the most of my time in Europe- ticking off countries as often as my pay cheque allows. 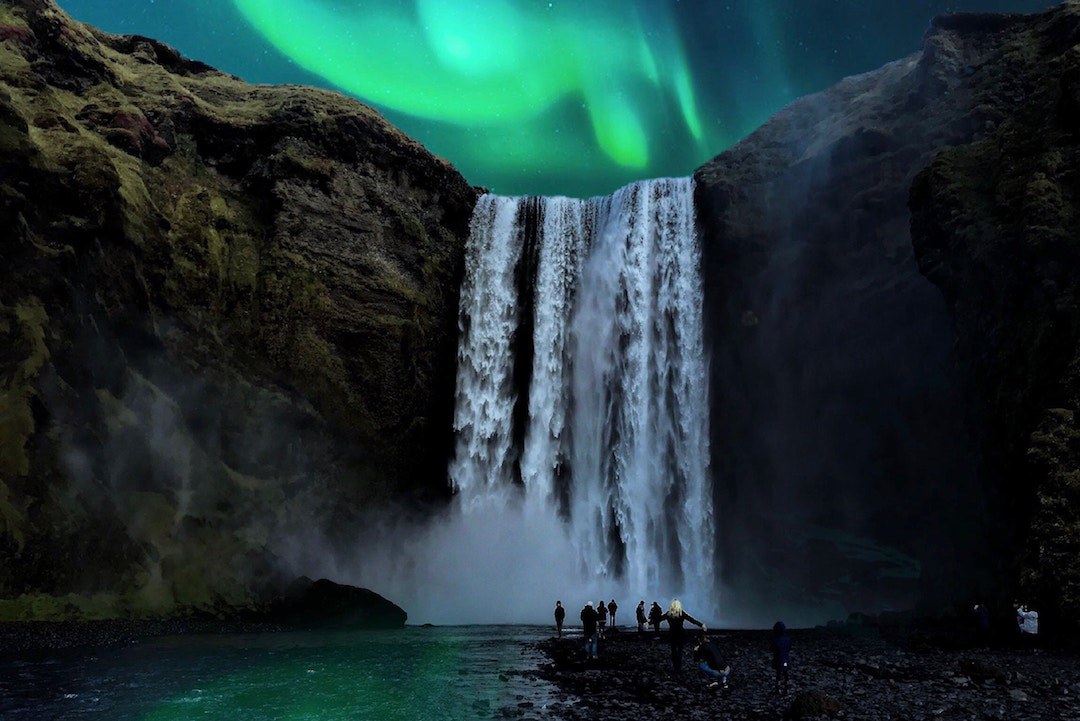 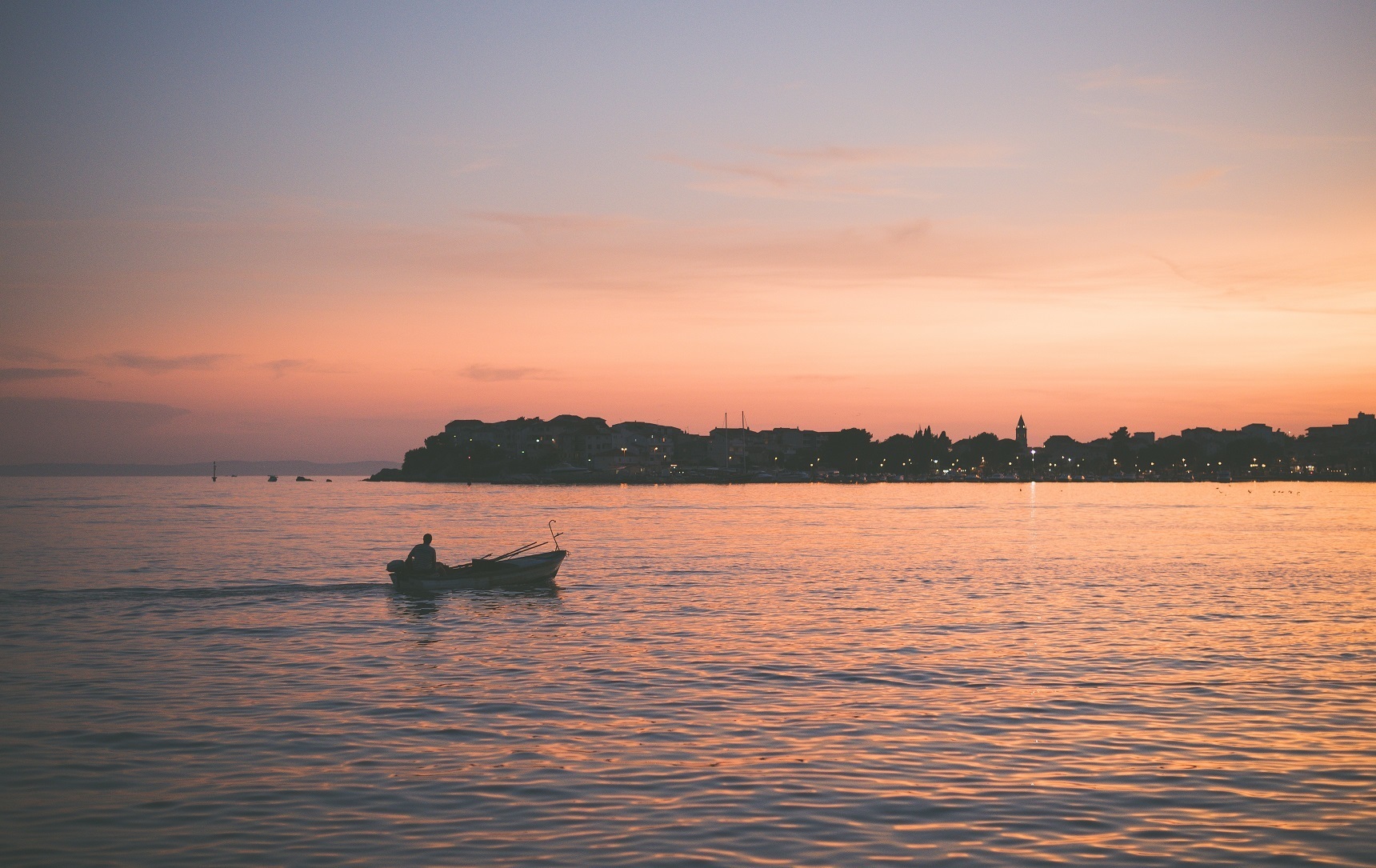