The cycling bucket list: 15 rides to do before you die - BookitList

There is nothing quite like the euphoria of completing a cycling challenge. The unique sense of joy and camaraderie that overcomes you at the end of an epic journey, or a formidable climb is hard to beat!

From the British Isles to Central America, or the coast of Vietnam, across the globe, there are a host of amazing cycle routes to test the mettle of the most experienced cyclists, each of which offers its own incredible blend of scenery. Read on to discover 15 rides to do before you die.

The UK's most iconic cycle challenge, Land's End to John O' Groats, or as it's also known, LEJOG, is an epic cycling journey of over 1000 miles, covering the entire length of Great Britain and its full spectrum of landscapes, locations and landmarks!

Beginning in Cornwall, in the UK's most southwesterly point, (the appropriately-named Land's End) and ending in the village of John O' Groats at Scotland's northwestern tip, in between you'll cross all manner of scenery, from picturesque stretches of coastline to historic villages and market towns, the rugged landscapes of the Lake District, and of course, Scotland's breathtaking blend of forests, lochs, and soaring highland peaks!

The highest paved mountain pass in the Eastern Alps, The Passo Stelvio boasts a somewhat legendary reputation among cycling fans thanks to the Giro d'Italia, where it has provided the stage for some of the race's most iconic moments.

Sometimes referred to as 'the world's greatest climb', the route has it all, breathtaking beauty, heritage and hairpins for days! Not for the faint-hearted, the pass might only be around 25km in length, but it has a vertical gain of 1,800m to its near 3000KM summit.

Getting to Stelvio Pass on two wheels there are three possible options; from Prato allo Stelvio, on the South Tyrolean side; from Bormio on the Lombardio side, and our favourite, from the Swiss side departing from Santa Maria (in Val Monastero) which crosses the stunning Umbrail Pass.

The pinnacle of amateur cycling, the 'Haute Route' was launched over a decade ago, with the aim of providing cyclists with the opportunity to join a peloton of like-minded souls in tackling some of the most challenging routes on earth.

Despite the name, it is not in fact a single route, but a series of 3, 5 and 7-day events which take place in Europe's most iconic cycling destinations, namely the Dolomites, the Pyrénées and the Alps. The latter, includes the series' flagship, a gruelling (but memorable) 7-day event, encompassing some of the toughest and most iconic climbs of the Tour de France!

Mallorca is a paradise for cyclists thanks to its great year-round weather, and range of excellent roads, which include lofty mountain passes and long coastal plains. What's more, when it comes to single-day cycle rides, its hard to beat the coast-to-coast route from Andratx to Port de Pollensa, along the beautiful MA-10, a 116km (there are possible add ons if you want a tougher challenge) wich has 2964m of ascent, and some truly beautiful scenery!

Running the entire length of the country, Vietnam's National Highway 1, is often seen as a symbol of national unity, connecting the once disparate cities of Hanoi (the capital) in the north, with Ho Chi Minh in the south.

Encompassing 2,301 km in total, the route hugs the coastline for almost its entirety, and along with its two largest cities, passes through, or near, many of the country's most beautiful sights, including, the breathtaking Ha Long Bay, the historic cities of Hué and Hoi An, and the popular beach town of Nha Trang.

Mizen to Malin, or as it's often known, Mizmal, or Ireland's 'End to End', is a just over 1000km route along the country's Atlantic West Coast.

When it comes to wild beauty, there are few if any more beautiful stretches of coastline on the planet than Ireland's western shoreline. This iconic route which usually begins in the south at Mizen Head, and finishes in the Donegal village of Malin, in the north, provides a truly memorable mosaic of untouched beaches, breathtaking cliffs, and moorland, dotted with ancient ruins and backed by mountain vistas.

If you're a mountain biker with the spirit of an adventurer, then Costa Rica's gruelling but captivating Ruta de los Conquistadores is for you!

Following the ancient paths of the Spanish conquistadors who crossed the beautiful Central American nation in search of gold, intrepid cyclists travel from the Pacific Ocean to the Caribbean Sea, through biodiverse rainforests, banana and coffee plantations, and up volcanoes, ascending some 22,0000 feet, in the process.

The route is usually attempted as part of a three-day stage race, that is considered one of the most challenging in the world. In fact, only 50% of entrants complete it!

Held in Italy's awe-inspiring Dolomites mountains, The Maratona, is without doubt one of the most beautiful cycling routes on the planet.

The annual sportive is one of Europe's most iconic amateur cycle events, and every year attracts some 9,000 cyclists, who travel 138KM across winding roads and mountain passes, ascending some 4230 meters in the process. Incredibly challenging, the event is certainly not for the faint-hearted (although shorter options are available), but when it comes to spectacular vistas, The Maratona is truly hard to beat!

Want to get off the proverbial beaten track? (on two wheels of course) Head to the beautiful east African nation of Rwanda, and follow the network of small roads and trails along the banks of Lake Kivu.

The 280km route passes through rural villages, coffee and banana plantations, verdant valleys and biodiverse forests, giving riders a unique experience of an often-overlooked destination, that has so much to offer!

One for the more experienced riders out there, the aptly-named 'Pyrenees Circle of Death', is considered the hardest stage in the Tour de France, encompassing 158km, four epic climbs, and a total elevation gain of 5,800m!

It is named, as, it is the stage where many of the world's best cyclists see their hopes of winning the Tour De France die, and for amateur riders, it will take a truly herculean effort to complete. However, the combination of awe-inspiring scenery, legendary climbs, exhilarating descents, and the immense sense of achievement you'll enjoy at the end, makes it a shoe-in to our cycling bucket list!

This amazing route, stretches for over 500 miles across Scotland's most spectacular landscapes. From rugged coastal cliffs and soaring peaks, to grand castles, highland lochs, and endless forests, it is the perfect way to discover the rich, natural beauty of this beautiful nation.

A popular route for road trips by car, the North Coast 500 is also perfect for two wheels, with its numerous steep climbs, freewheel descents, and hairpin bends, plus sweeping vistas that will live long in the memory!

Take on Ontario's best cycling trails, and enjoy some of the best scenery that Canada has to offer with this 1000km route.

Combining two of the country's signature cycle trails, which were designed to protect two of the country's key natural ecosystems, the route passes through all manner of beautiful verdant countryside, and along the shores of two of Canada's iconic Great Lakes: Ontario and Erie. Traversing the combination of paved roads, and unpaved and paved trails, you'll enjoy all manner of stunning views and encounter some fascinating wildlife, whilst the myriad of towns and cities along the way give you the chance to enjoy the region's famed hospitality.

When it comes to sportives, the Tour of Flanders is a certified classic! It follows much of the same route as the professional iteration, encompassing 235km of narrow cobbled roads, which traverse hills, charming villages, and verdant countryside.

Demand is high, and the annual springtime sportive is limited to 16,000 riders, so make sure to get your application in early, to secure your place in this iconic event.

Expect challenging terrain with plenty of ascents (though you'll also enjoy some nice descents as well!), and picturesque, verdant landscapes, dotted with colourful towns and cities where you'll experience the rich local culture and traditions of this captivating part of the world!

Perhaps the most epic cycle route on the planet, this nearly 6000km itinerary takes riders across the eight countries that border the North Sea: England, Scotland, Norway, Sweden, Denmark, Germany, the Netherlands and Belgium.

From Dutch lowland landscapes to awe-inspiring Norwegian cliffs and Fjords; windswept Scottish coastlines, and bustling port cities like Hamburg and Gothenburg, this epic route truly has it all. However, to complete the full route you'll probably need at least 100 days, and several ferry trips, so many people choose instead to tackle a small section, such as the Netherlands and Belgium. If you do the full journey, however, you're in for a ride like no other, and are sure to make countless memories that you'll never forget! 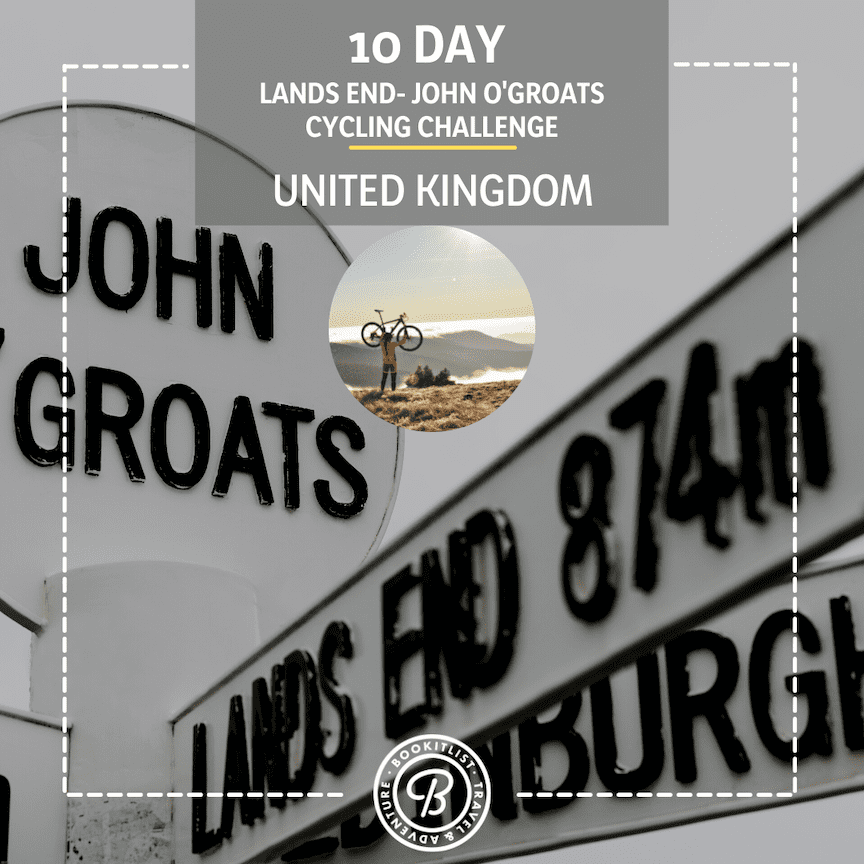 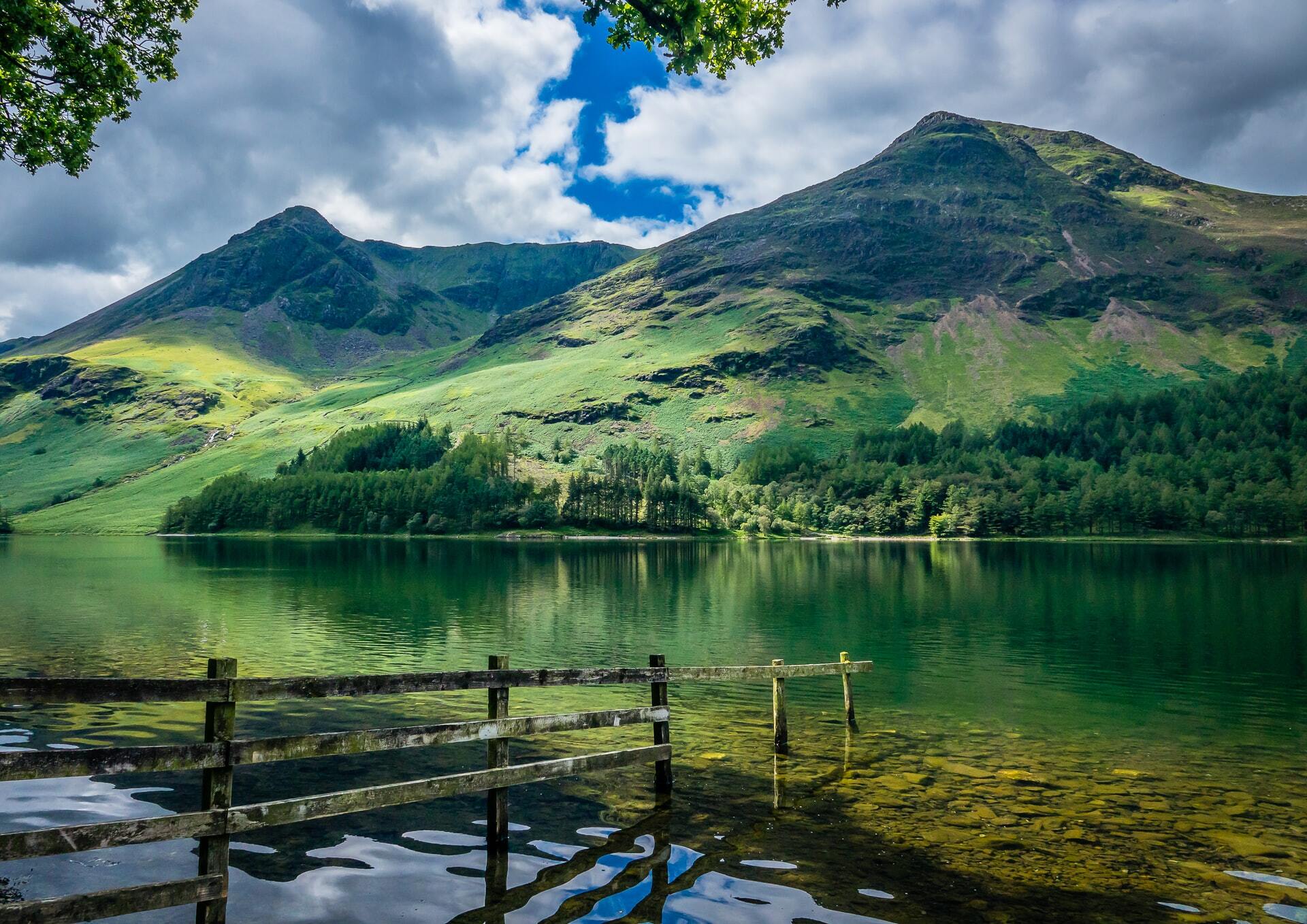 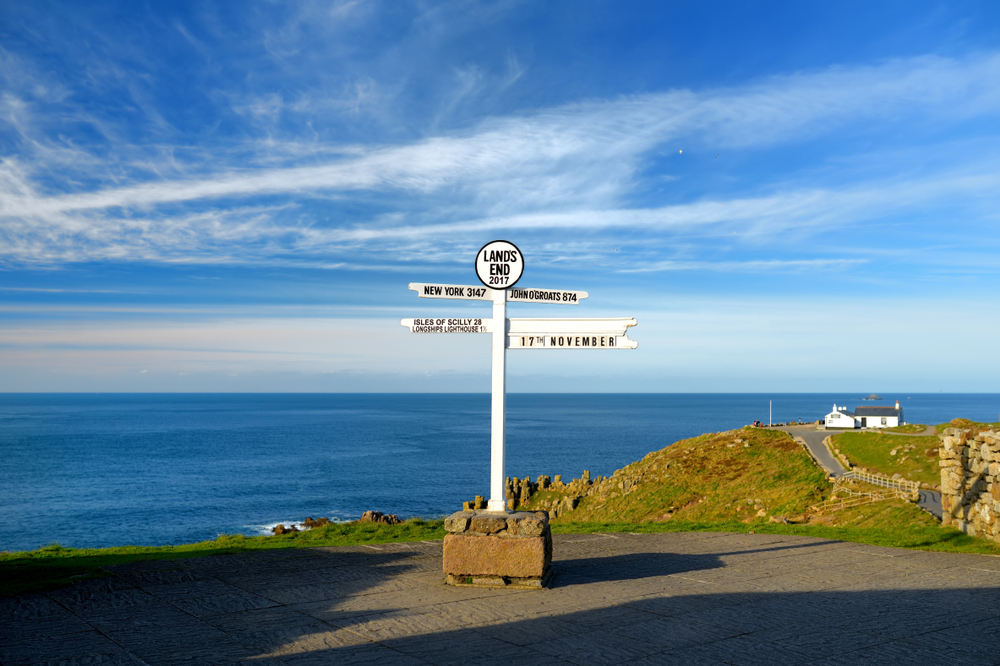