Top 9 Football Stadiums In The World For Your Bucket List

The pre-match rituals, the match-day program giving nods to the backroom staff who are part of keeping the club running, the sprinklers slicking up the grass before kick-off.

Despite match-day magic, not all match days were created equal, so we've compiled the 9 most epic stadiums all footy nuts HAVE to experience before they croak.

The South Stand alone holds a whopping 24,000 stands that create what's now known as "The Yellow Wall". Electric atmosphere and one of Europe's most attacking, free flowing clubs to boot. An epic German day out for a football fan of any nationality.

The English might have invented it, but the Brazilians perfected the beautiful game as they say. The stadium that hosted the final group game of the 1950's world cup with an eye watering capacity of 199, 854 fans! Now for safety reasons you'll find much fewer fans, but still enough to keep an electric Samba filled atmosphere. 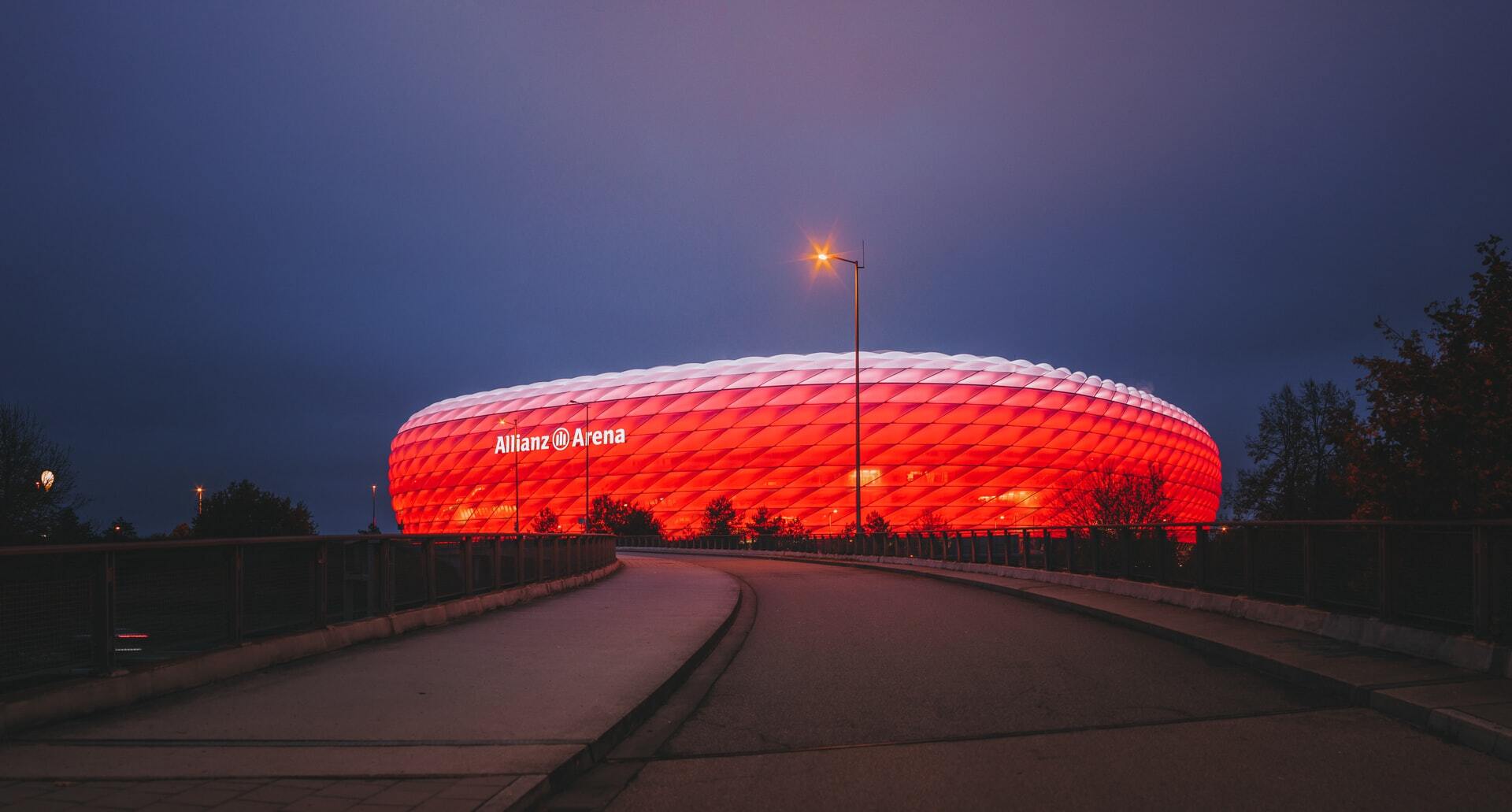 The Outside of the Allianz Arena lights up before games.

The lights on the outside of the stadium alone are cool enough to be worth the visit. On weekend's you'll find the stadium light up like a Christmas tree to reflect which home team, Bayern Munich or 1860 Munich are playing. Even the stadium changes kit! 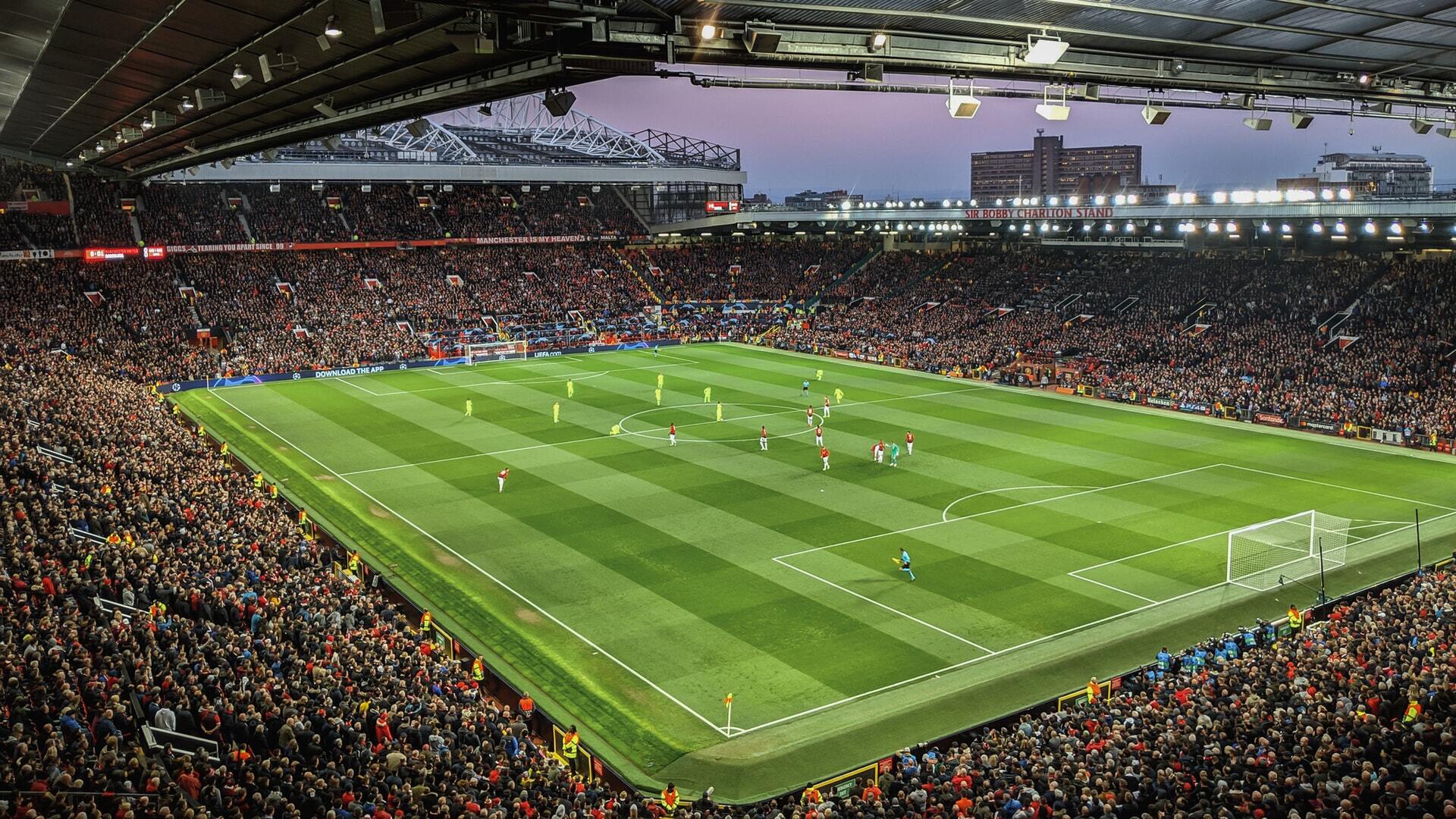 The theatre of dreams. Home to the world's most recognisable club and the Premier Leagues most dominant side (by a landslide). Alex Furgeson restored Man Utd to it's former glory, and despite the stadium getting on in age compared to some of it's premier league contemporaries, it's still one of the world's most glamorous arenas. 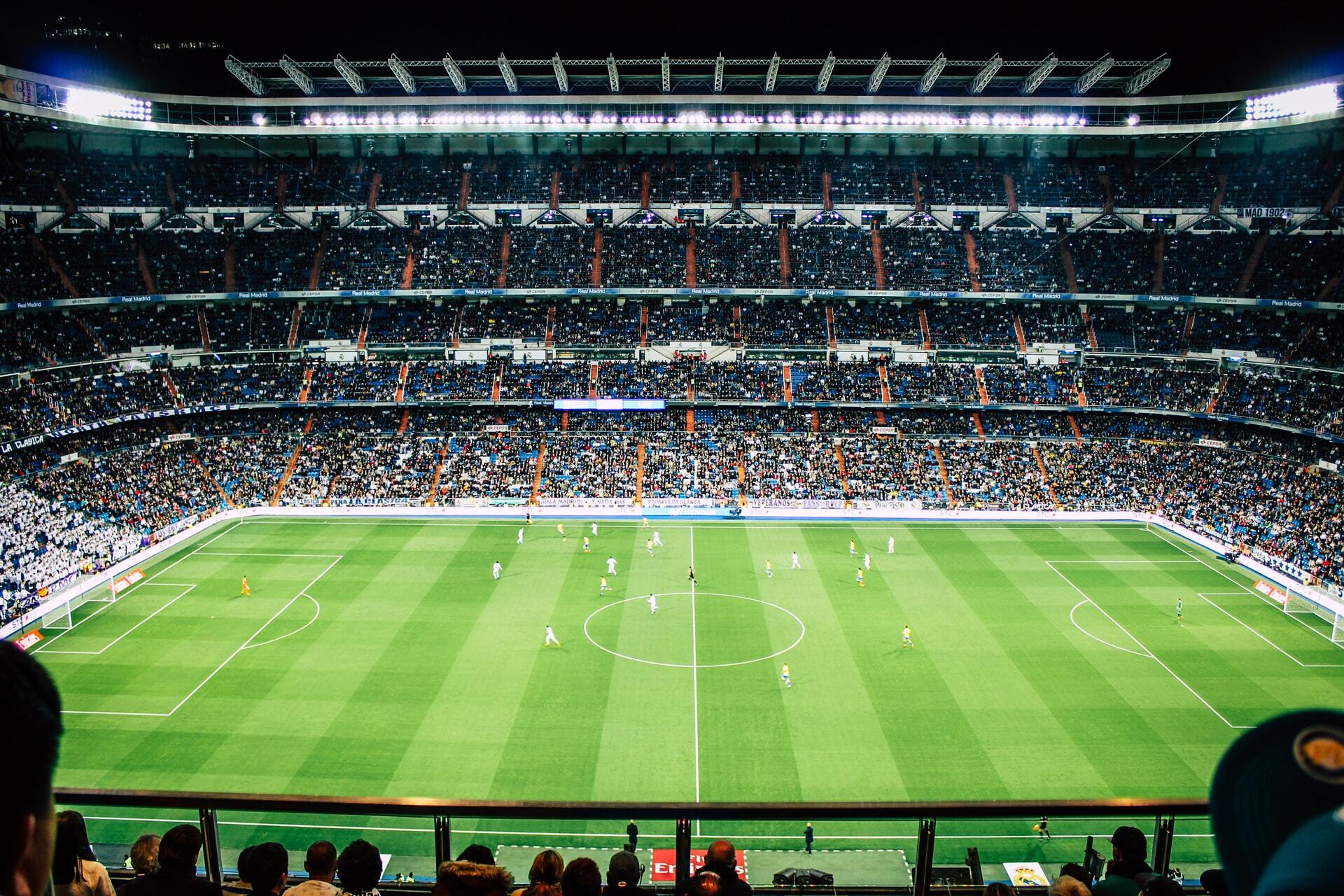 The Iconic Home To Real Madrid

Europe's most dominant club is undoubtedly Real Madrid, and the home of their all white starlets is a stunning 85,000+ seater in Spain's capital. Despite being opened in 1947 it's been renovated twice, most recently in 2001 and any stadium glamorous enough for Zidane and Ronaldo to ply their trade in is good enough for us.

Perhaps you can even trade a match-day pukka pie for some tapas?

Not the biggest, not the newest, but perhaps footballs most charming fortress is home to Liverpool football club. This is not so much about the stadium and it's 45,000+ capacity (although soon to be extended), it's about the fans. The Kop end are an army of foaming at the mouth scousers so passionate about their team you can feel the thirst for goals from a thousand miles away. If you want the hairs on the back of your neck to stand at the atmosphere, then Anfield is the stadium for you.

No football stadium list is complete without the iconic Wembley arch. England is the home of football, and Wembley is the home of England. Finished in 2007, a stunning state of the art stadium with a 90,000 capacity it's already hosted 2 Champions League finals since its opening. There's no doubt about it, no other national team can boast a home stadium with the history (despite some of that being in the old stadium built on the same grounds), and modern quality of Wembley. Whether you're English or not, this is the world's most iconic and important football stadium. 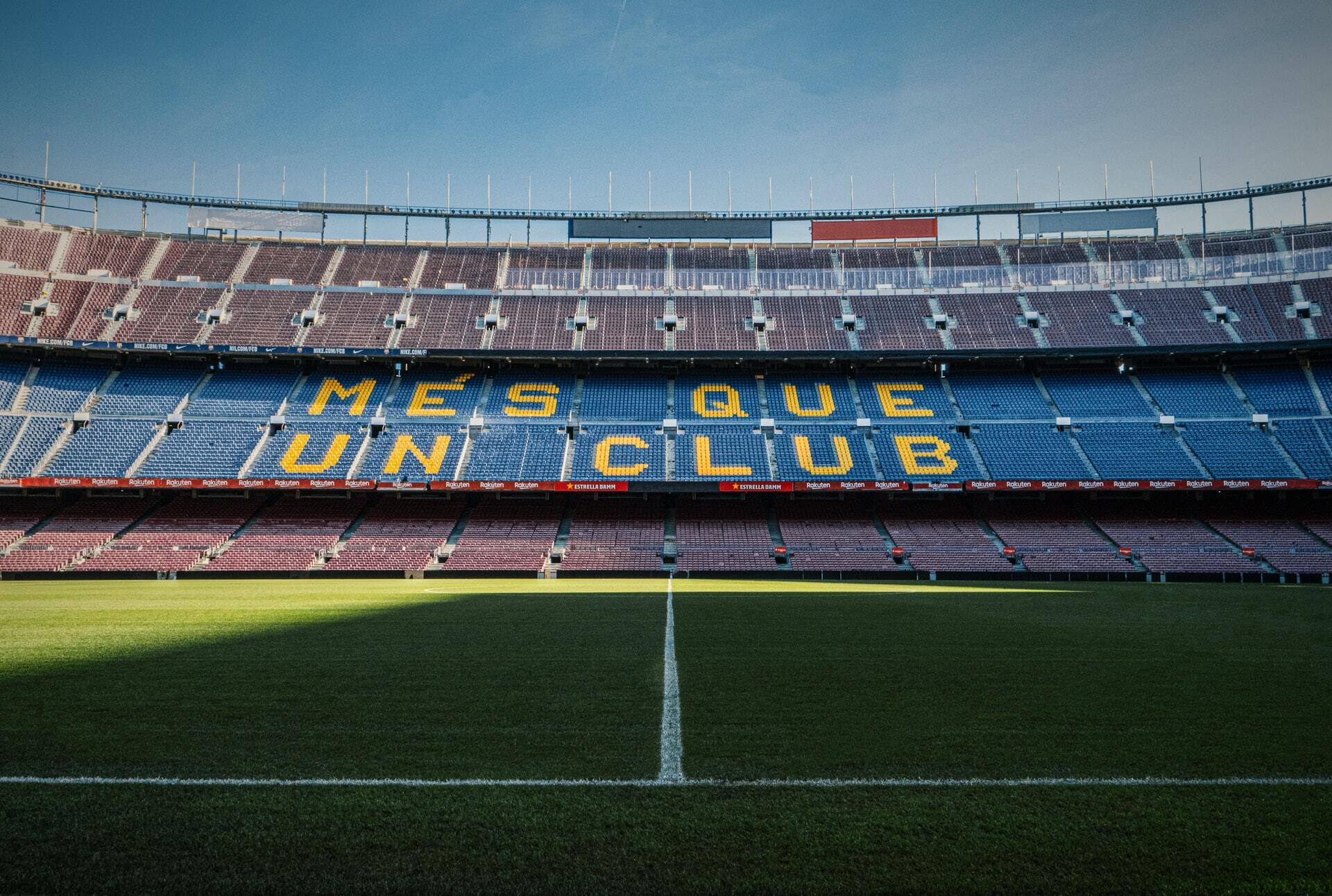 The enormous Camp Nou in Barcelona

If ever you wanted to convince someone new to football that "the beautiful game" is in fact... beautiful, you'd have to point them towards the Nou Camp. A unique asymmetric design, in the heart of the bustling capital of the Catalan region that Gaudi wouldn've been proud of. FC Barcelona's home hosts a mammoth 98,757 seats and is the largest in Europe.

"Mes que un club" - "More than a club", is Barcelona's club motto and the phrase "More than a stadium" would fully justify the Nou Camp's enormous physical and cultural presence to the city. Bonus note: It also has seen the career of the world's best ever player Lionel Messi, blossom over the last decade and lift everyone one of those 98,757 bums out of their seats with breathtaking skill.

For every fan, even neutrals, there's something undoubtedly special about derby day. The San Siro is not only home of 2 iconic European teams, but 1 iconic derby! Inter Milan and AC Milan both ply their trade in the 80,018 seater stadium. It's hosted European Cup finals and Champions League finals, and has been open since 1926! It's also being cleared for a massive up-scaling to fit in with the growing trend of modern mega stadiums. Milan is not only home of the gorgeous Milan cathedral, but it's also home of a football cathedral well worth the away day for anyone with even a burgeoning interest in seeing one of Europe's finest teams play in a historic stadium. 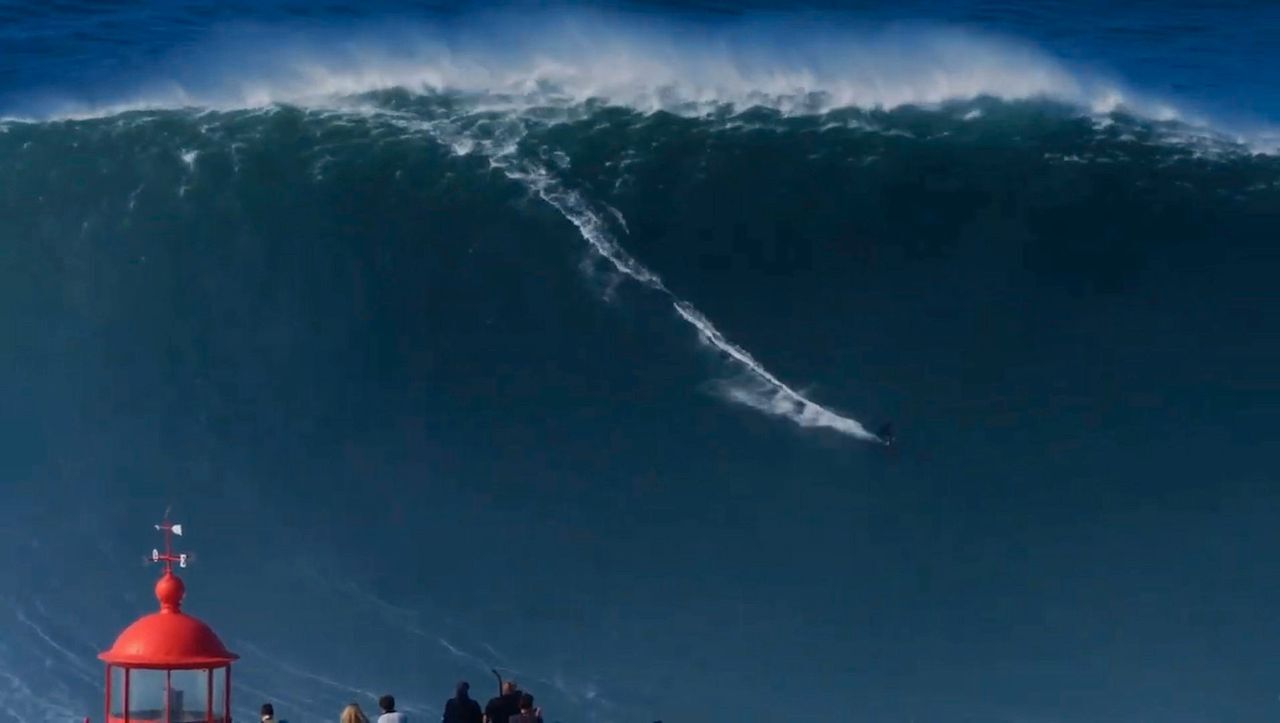