Panama is a diverse and intoxicating, tropical paradise.

A Few Words about Panama


From the cosmopolitan streets and gleaming skyscrapers of the capital city

to cloud forests, coffee plantations and volcanoes of the western highlands, and pristine islands, off the Caribbean Coast Panama is a diverse and intoxicating, tropical paradise.

USD and Panam Balboa. They use the USD which is worth 1 to 1 with the Balboa

Spanish, English language use is low

Where To Stay In Panama

The Capital City is a must visit when travelling to Panama.
learn more

Comprises 365 stunning islands of which only around 50 are inhabited.
learn more

The Capital City is a must visit when travelling to Panama.

Central America’s most cosmopolitan city is an exciting blend of cultures and styles, a fast-paced and modern metropolis, yet rich in history, embletized in the cobblestoned streets and crumbling colonial facades of the Casco and Panama Viejo neighbourhoods.

Comprises 365 stunning islands of which only around 50 are inhabited.

Bordered by stunning white-sanded beaches and crystal, turquoise waters, the islands are truly spectacular, and make the perfect destination for an off-grid escape.

Chiriquí Province is also home to some of the most beautiful beaches on the Pacific coast. It is home to a thriving coffee and agricultural industry, and is also the country’s best region for hiking as well as more high-octane activities, like white water rafting and zip lining.

This 10 day trip experience some of Panama’s highlights: from Panama City and the Canal, to the beautiful Chiriquí Highlands, and the tranquil Bocas del Toro islands.

Things To Do in Panama 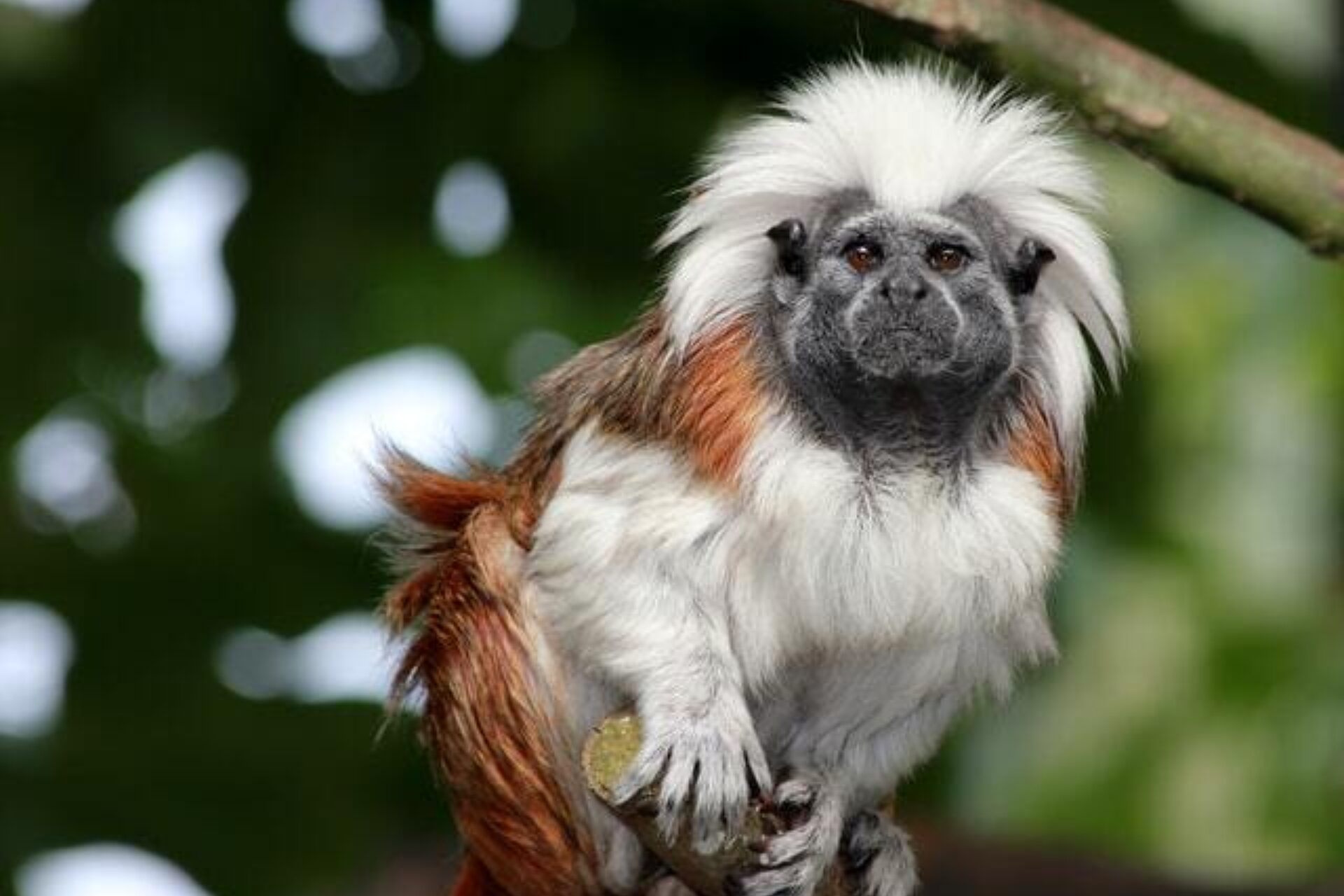 Panama City’s Metropolitan National Park, comprises 232 hectares of tropical forest, and is the... 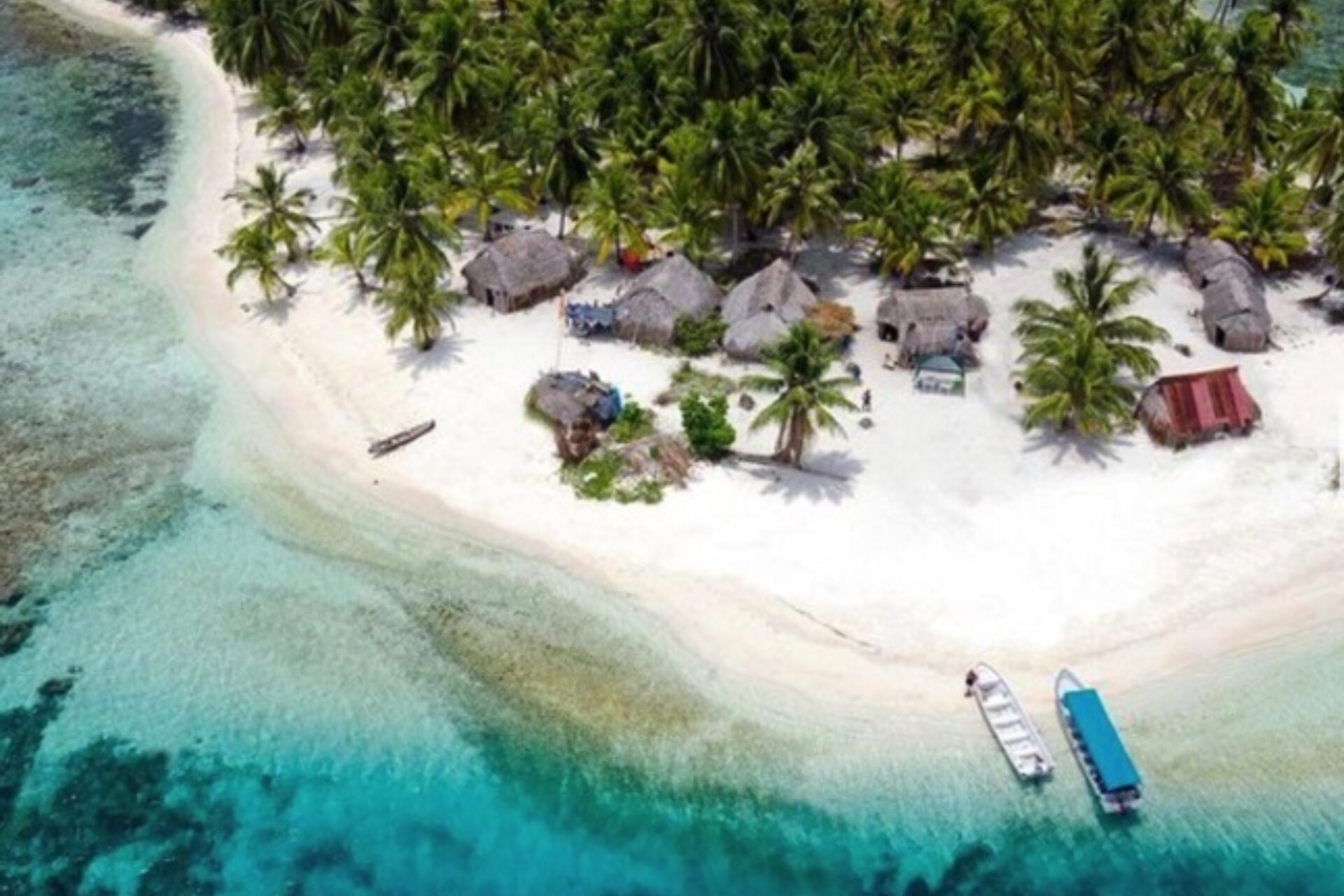 The turquoise waters around the San Blas islands are home to coral reefs and an array of colorful...

Set in the heart of Chiriquí, Boquete Eco Adventure Park features a series of zip lines. 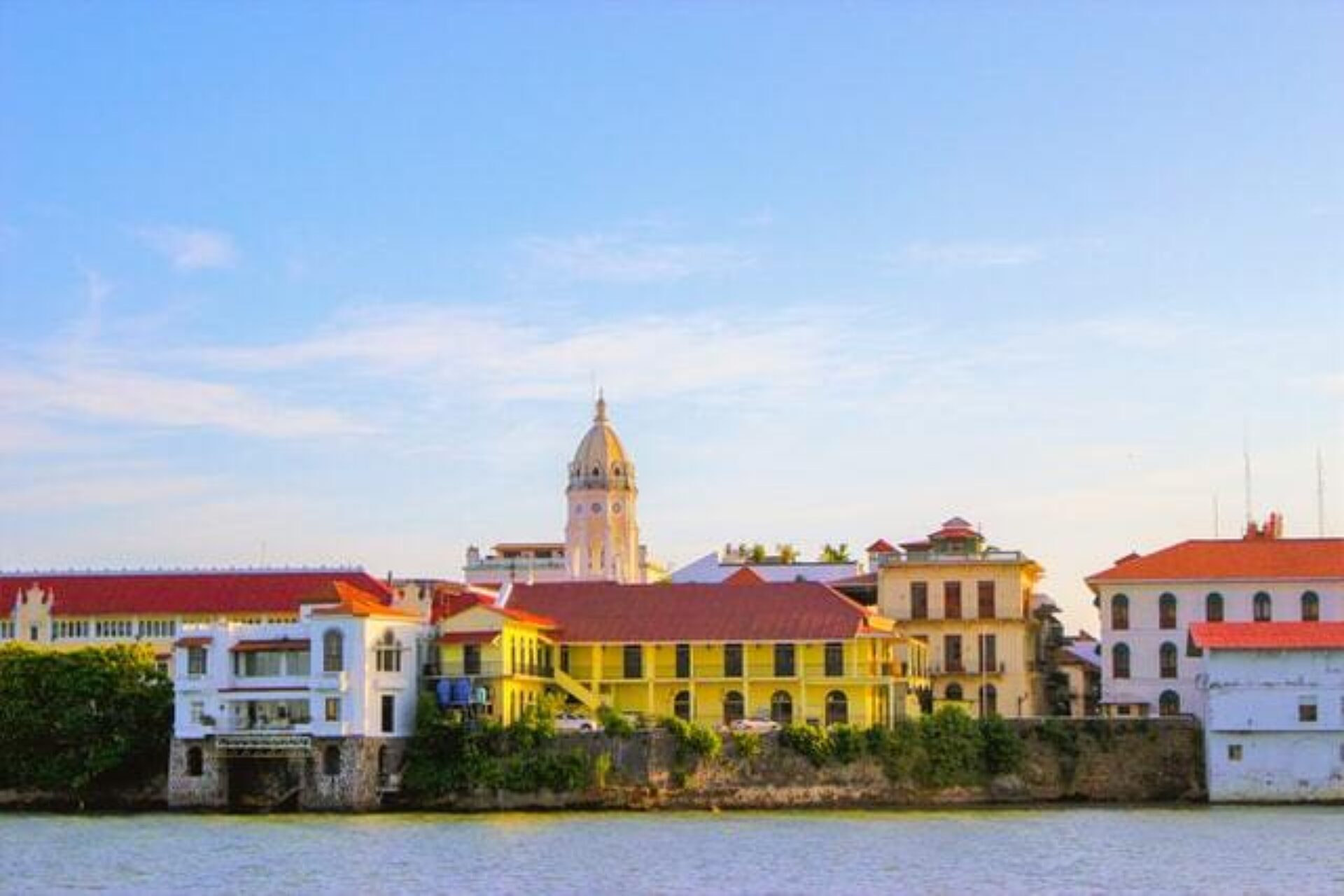 Although Panama City is renowned for its modern, Miami-style skyline, it also features several...

Watch the sunrise from Panama’s highest...

At nearly 4500 metres in height, Volcan Baru, in Chiriquí is the highest point in the country 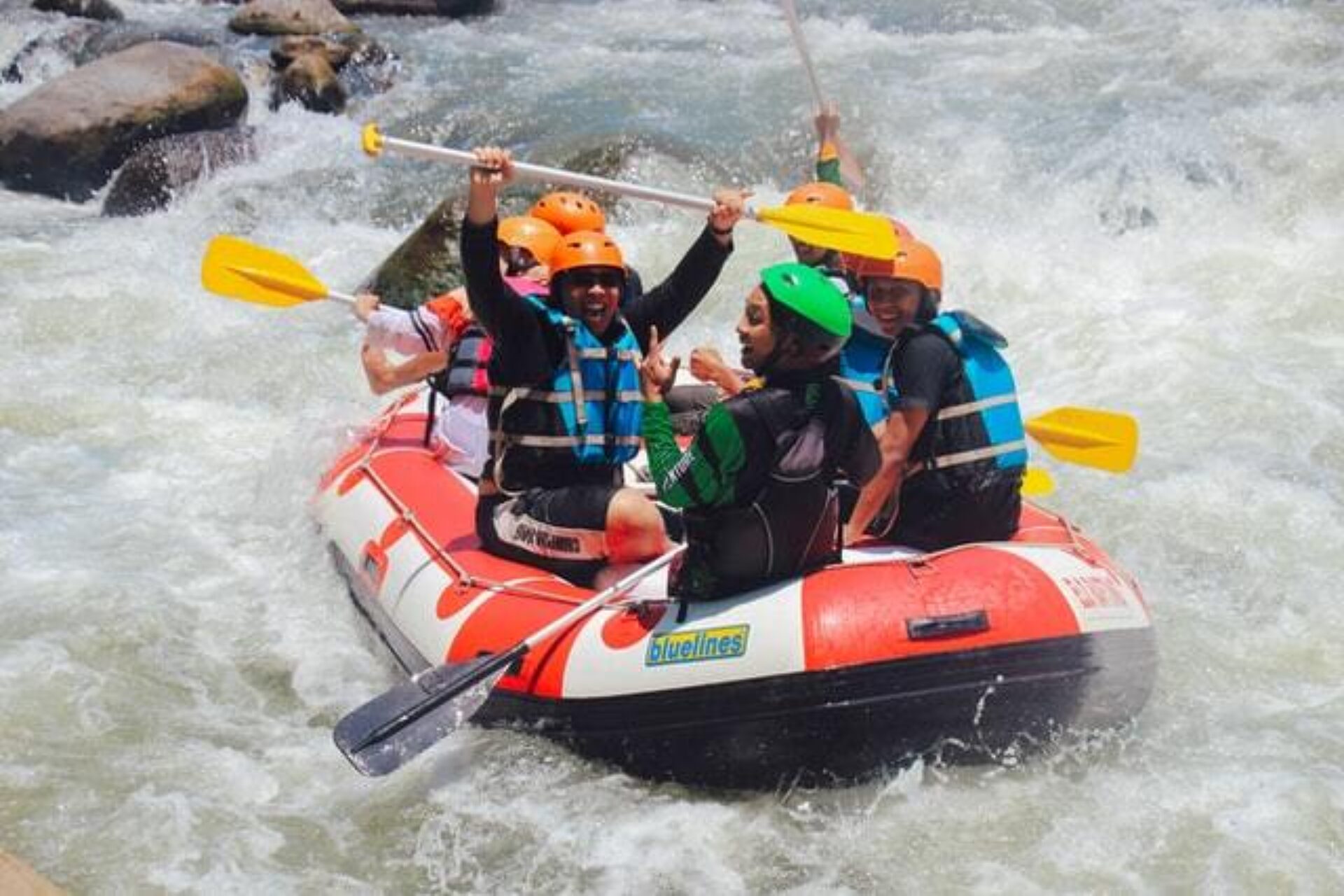 Chiriquí is home to some world-class rapids perfect for adventure loving travellers.

Panama City’s Metropolitan National Park, comprises 232 hectares of tropical forest, and is the only urban national park in Central America.

Beautiful and biodiverse, the park is home to an array of rare plants and trees, along with a diversity of animal and bird species such as the orange-chinned parakeet, the brown-throated sloth, the white-nosed coati, and the Geoffroy's tamarin monkey, sometimes called the Panamanian.

The turquoise waters around the San Blas islands are home to coral reefs and an array of colorful fish.

In order to protect this fragile ecosystem, the indegionous Kuna peoples who live on the islands forbid scuba diving of any kind. However, snorkeling is permitted, and the waters are shallow and remarkably clear with coral reefs close to the surface. The shipwreck near Isla Perro is a particular highlight.

There's a perfect 2 day trip to explore the islands that provides snorkel equipment and more.

Set in the heart of Chiriquí, Boquete Eco Adventure Park features a series of zip lines.

You're able to glide through cloud forest canopies, immersing yourself in the stunning natural terrain. They also offer a host of other activities, from coffee plantation tours, to forest hikes along lofty suspension bridges, and have a range of accommodation options on site.

Although Panama City is renowned for its modern, Miami-style skyline, it also features several areas of historic importance.

Panama Viejo is the site of the original city, which was destroyed by notorious pirate Henry Morgan and his crew in 1671. Now a UNESCO World Heritage Site, it comprises 57 acres of crumbling historic structures, including a viewing area in the old cathedral tower, as well as an excellent museum and one of the best craft markets in the city. San Felipe, also known as Casco Viejo, is Panama City’s old town and was built following the destruction of the original city. It is home to most of the city’s most well known historic buildings and monuments, including the iconic Metropolitan Cathedral along with myriad great bars and restaurants.

At nearly 4500 metres in height, Volcan Baru, in Chiriquí is the highest point in the country

Navigating your way to the summit can be challenging (for this reason it is best to join an organised group hike) but the breathtaking views make it worthwhile. For the best experience, hike overnight and reach the summit in time for sunrise.

Chiriquí is home to some world-class rapids perfect for adventure loving travellers.

It’s hard to beat the experience of navigating these waters, whilst taking in the stunning natural scenery. There are a number of local operators who arrange white-water rafting trips, including Boquete Outdoor Adventures who are one of the highest rated.

How to get to Panama?

There are no direct flights from the UK to Panama. However you can travel via Madrid with BA; via Amsterdam with KLM, or via a number of US cities including Miami with Delta Airlines.

Late December to late March is the driest period, but the climate is warm year round, and even during the wettest months, rainfall tends to be limited to a few hours a day, making Panama a great year round destination.

We recommend at least 8 days, or slightly longer if you are visiting the San Blas islands.

Do I need a Visa to go to Panama?

Unless arriving by sea, UK citizens do not require a visa to enter Panama and may stay in the country for 180 days. However, please note you are required to have a minimum of $500 USD in cash, or a credit card, plus a return or onward ticket.

Time capsules shouldn’t have expiration dates but with changes in the Cuban government you may have a limited time to truly discover it.

At the forefront of eco and adventure tourism, Costa Rica is one of the world’s most beautiful and biodiverse countries