Epic wedding photos of couple who married on Mount Everest!

Getting married in an exotic location is nothing new, but one couple from California took it a step further, exchanging vows on the world's highest mountain!

Accompanied by photographer, Charleton Churchill, the adventurous pair, Ashley Schmeider and James Sisson, spent the best part of 3 weeks trekking through rugged Himalayan landscapes to reach their destination, the 5600-metre high Everest Base Camp, where they said their vows in the shadow of the mountain's iconic peak. 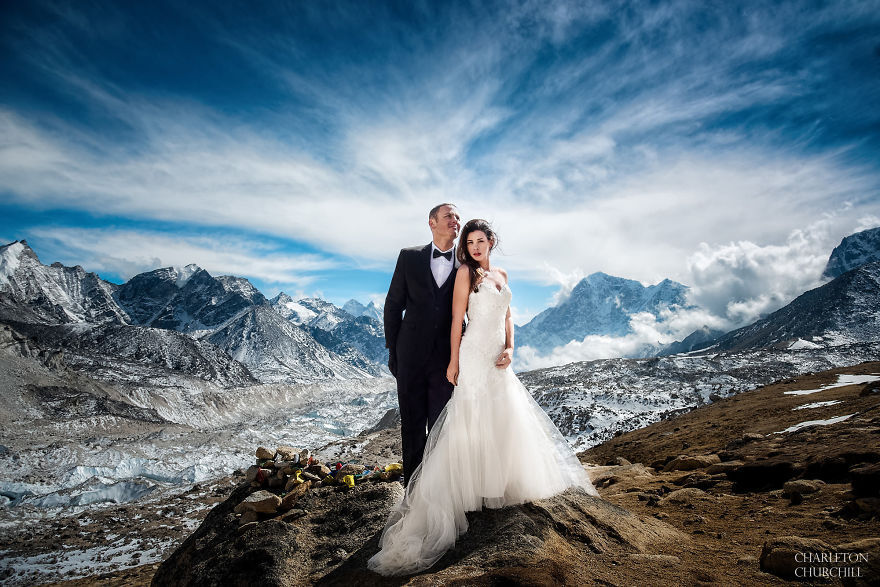 Churchill, an award-winning wedding and adventure photographer, had attempted a similar expedition with a couple in 2015, but a major earthquake in Nepal and the ensuing avalanche that swept Base Camp, meant they were forced to turn around barely halfway through.

"I wasn't sure if I would find another couple to get married on Everest anytime soon," Churchill explains; that was until the bride-to-be contacted him through Instagram explaining that she and her fiance had their hearts set on an adventure wedding, but had yet to decide on a destination. Churchill suggested Everest, and the pair immediately agreed! 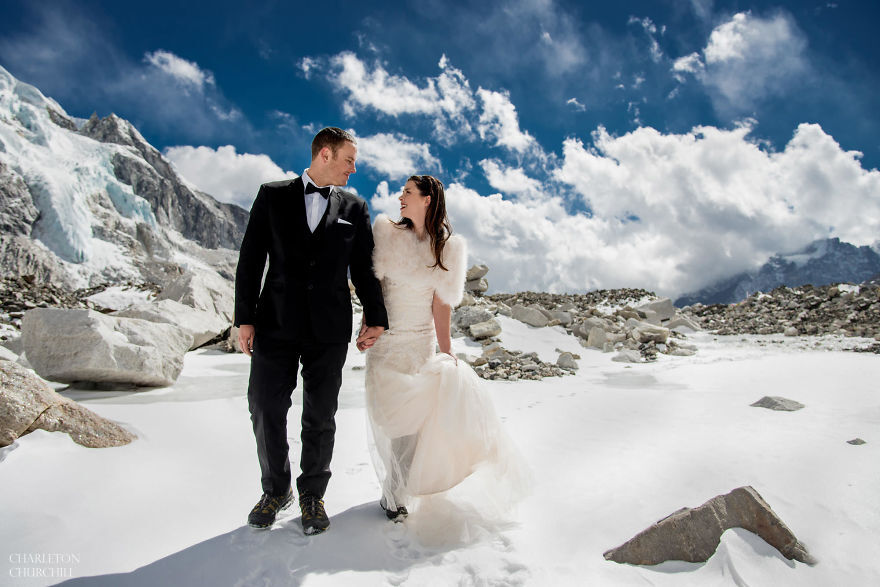 Trekking to Everest Base Camp is certainly no stroll in the park. The couple spent a whole year planning and training for the adventure and were forced to brave thick snow, bitter temperatures, and altitude sickness along the way.

However, the exhilarating experience, not to mention their stunning wedding photos, set against an awe-inspiring rugged backdrop, surely made it all well worthwhile, and may even inspire other couples to do the same! 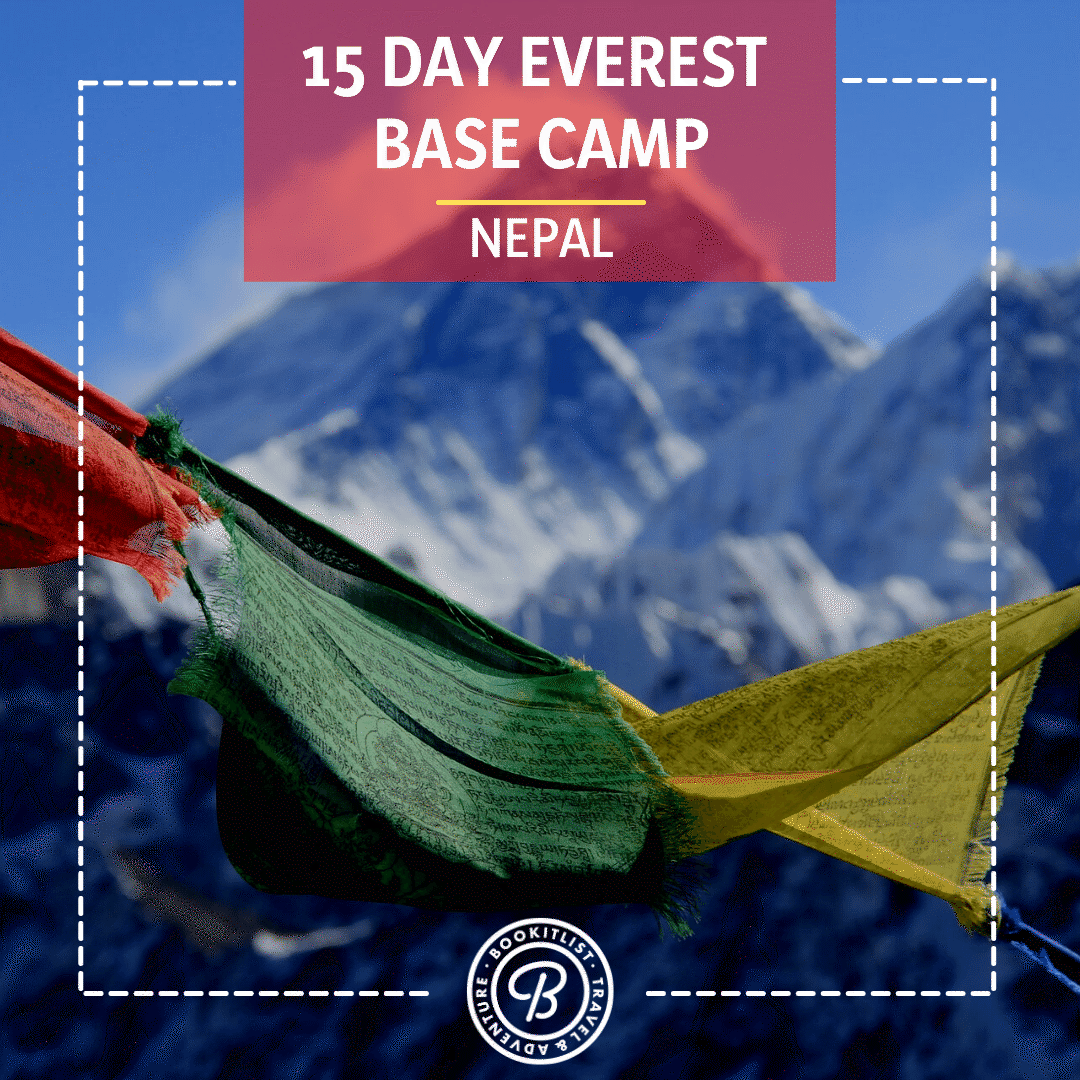