Hamburg – The Venice of Germany - BookitList

Hamburg – The Venice of Germany

When people visit Germany, the most popular destination is Berlin, probably followed by Munich, home of the famous Oktoberfest.

Both of these cities are fantastic, so it’s not hard to see why so many people flock to them. However, Germany is home to another absolute gem of a city, which doesn’t always get as much attention: Hamburg.

I absolutely love Hamburg. In fact, I lived there for a while - it's how I ended up becoming a freelance translator. Allow me to tell you why Hamburg is definitely worth a visit…

Hamburg is a beautiful city that is widely renowned for its waterways. In fact, it boasts more canals than Amsterdam and Venice combined and has the most bridges of any city in the world! 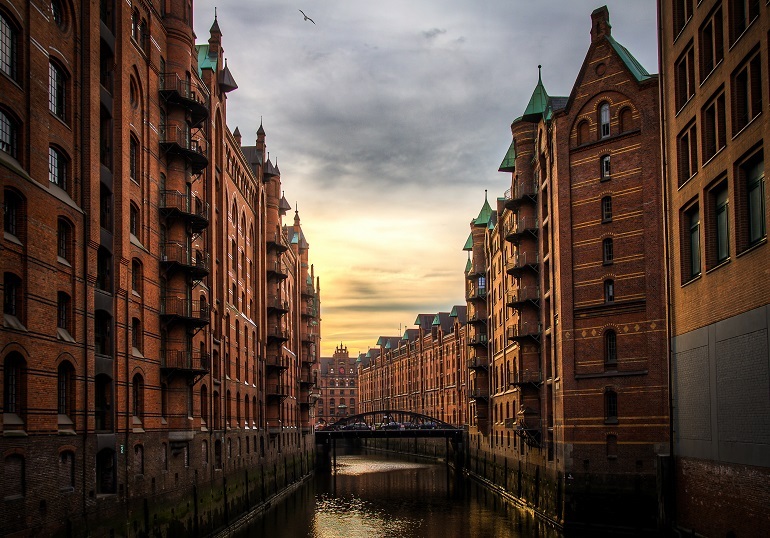 Like Venice and Amsterdam, Hamburg was historically a port city, and remains so to this day. Even though it is inland, it is located on the River Elbe, an important trade route into Germany. Even today, walk along the harbour and you will see numerous freight ships set against a horizon of crane silhouettes.

And alongside the industrial harbour front you will find the historic Speicherstadt district.

Constructed around the turn of the 20 th century, it is the world’s largest warehouse district, made up of beautiful rows of buildings similar to those of Venice or Amsterdam, lined along the intricate web of canals.

Hamburg’s canal networks reach out right into the suburbs, where you can stroll along the leafy waterways and soak in the atmosphere. 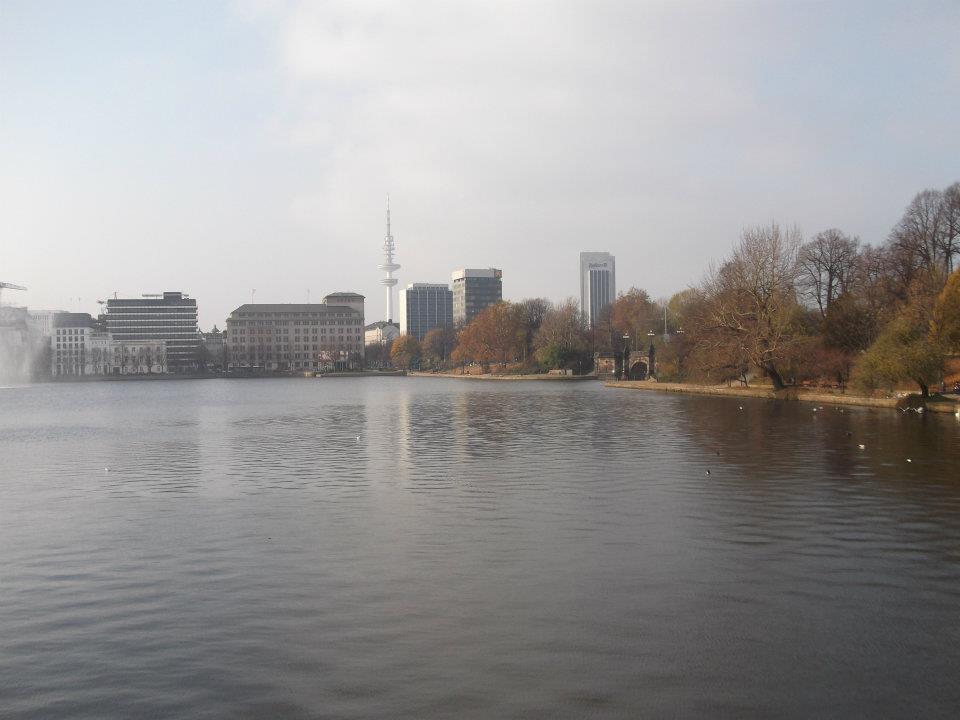 The canals aren’t the only thing that make Hamburg a city of water. The whole city is built around a huge lake, the Alster. Starting from right in the city centre (the Binnenalster) it expands up to the north and is lined by parkland for locals and tourists alike to enjoy all year round.

I used to live just round the corner from the Alster, in Uhlenhorst, and loved taking my bike for a cycle round the lake, especially in summer when you could take a break with friends to enjoy an ice cream (or a beer!) and catch some rays. 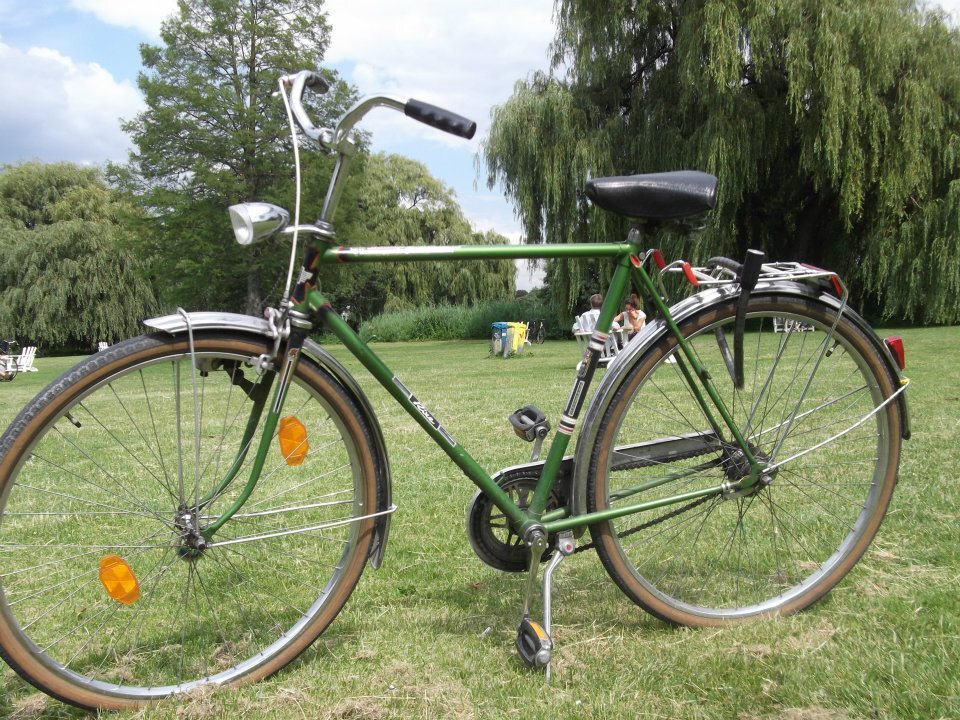 My trusty bicycle, which took me on many an Alster bike ride

A City of Contrasts

One of the things I love about Hamburg is that it is a city with many different sides. Stroll around the Binnenalster and you’ll see beautiful historical buildings such as the Rathaus (town hall) and rows of fancy designer shops. 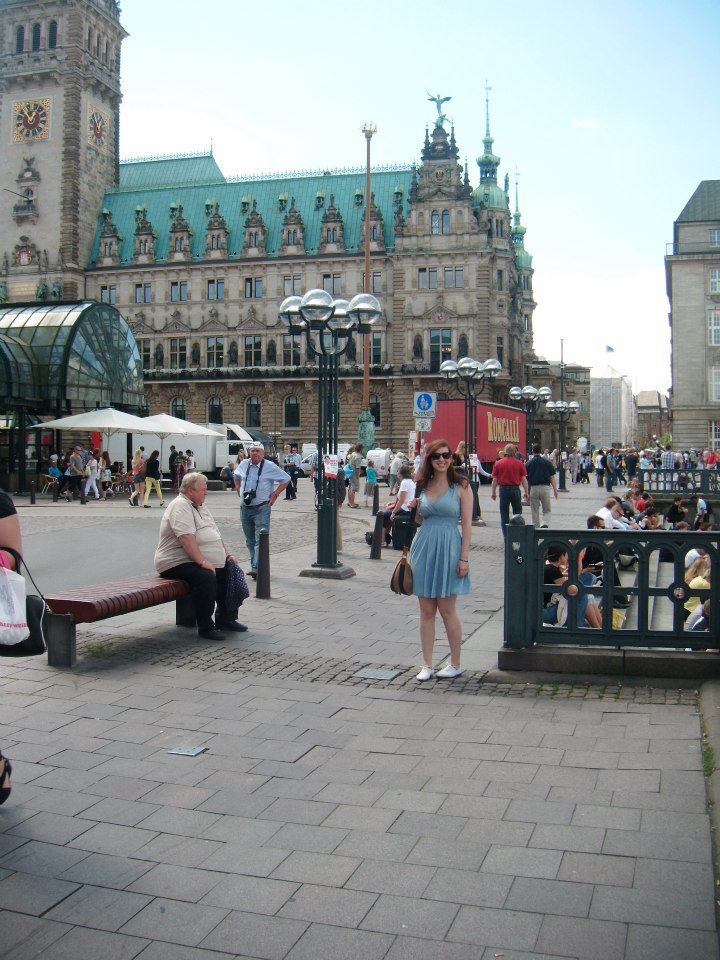 In front of the Rathaus

But head out to the Sternschanze and St. Pauli districts and you’ll find a completely different aesthetic and culture. Hop off the S-Bahn at Sternschanze to see streets and covered in graffiti and street art. This area is also home to the Rote Flora, a former theatre that has been a squat since the late 1980s and is a central hub for political protests. The St. Pauli district is home to lots of independent businesses and the city’s socialist football team, FC St. Pauli, whose skull and crossbones emblem can be seen everywhere. 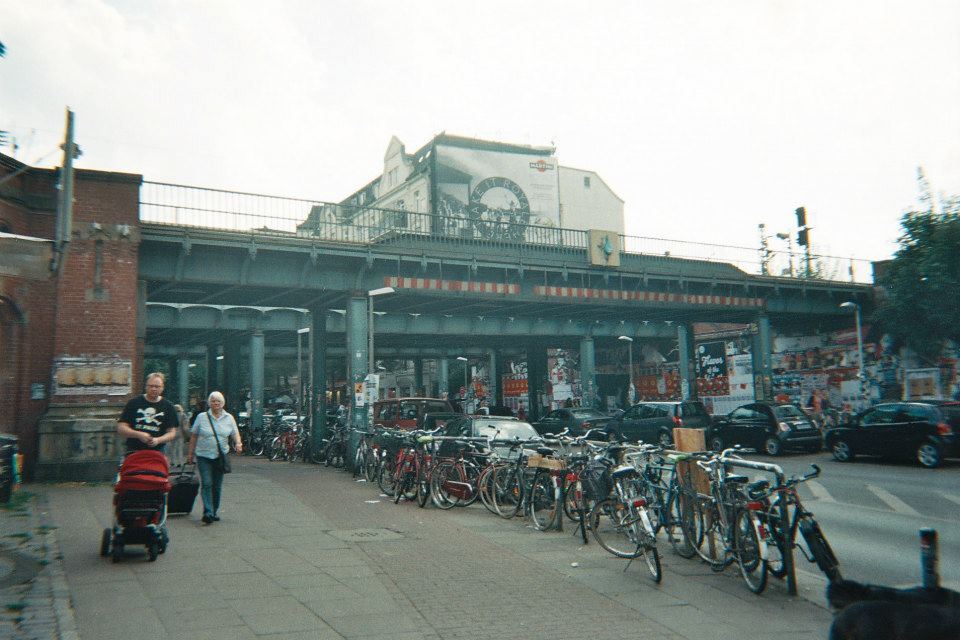 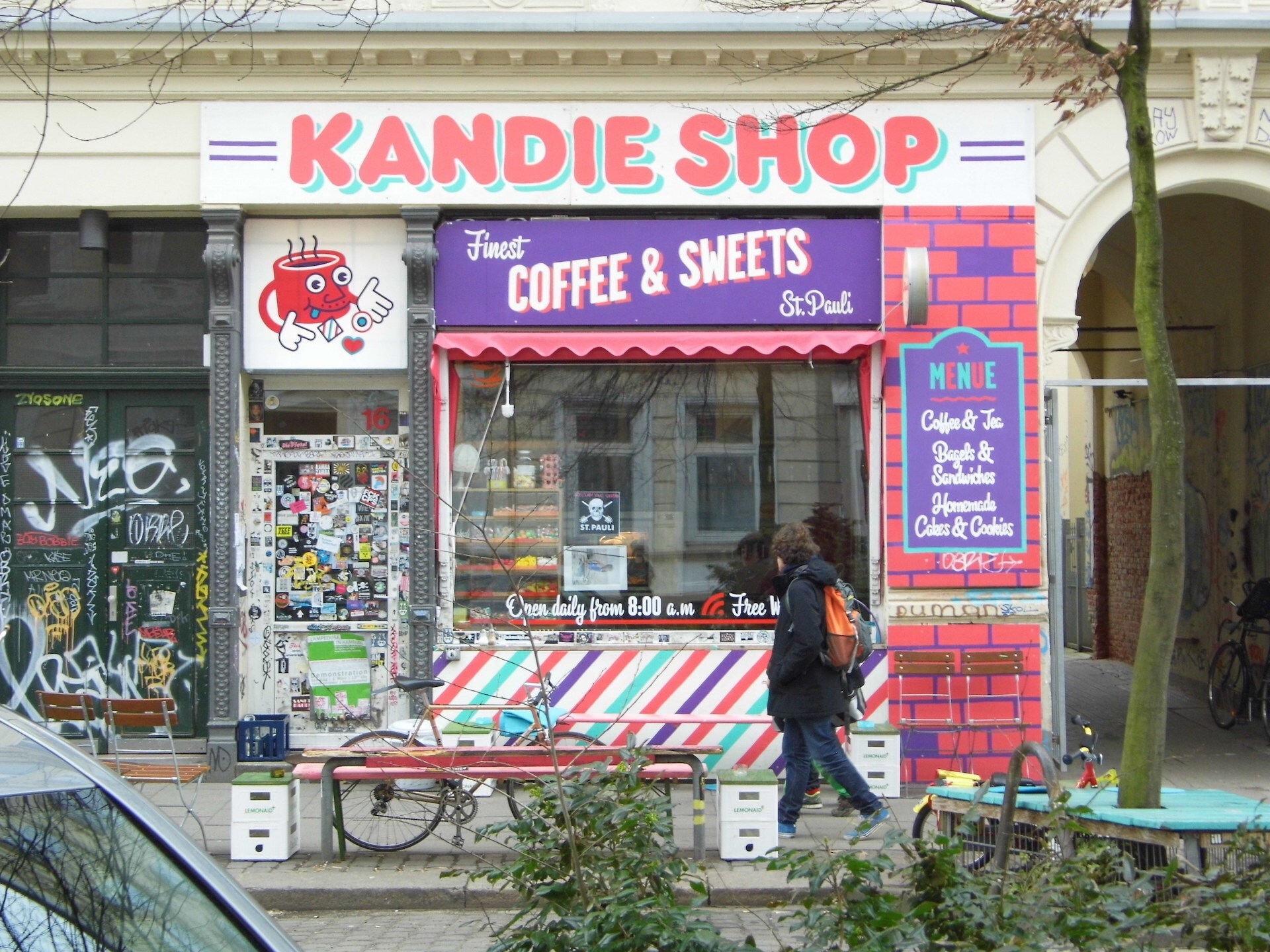 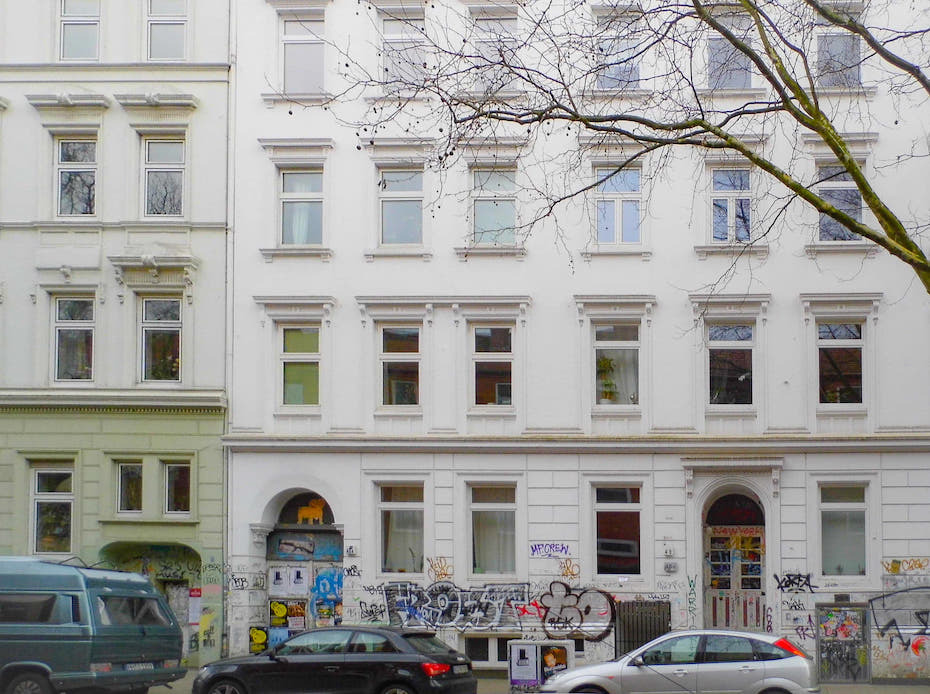 Some "Altbau" architecture adorned with graffiti

The St. Pauli area is where you’ll find most of the nightlife and also the Reeperbahn, which is a bizarre mixture of normal nightclubs and bars, strip clubs, very conspicuous sex shops and takeaway joints.

It’s the city’s history as a port town that gave rise to its red light district – much like with Amsterdam.

It’s maybe not somewhere to take the kids if you have them, but it’s worth a visit to the Reeperbahn simply to see it – it’s like nowhere else and is one of Hamburg’s main quirks.

Things to Do in Hamburg

While it’s a lovely place to just walk round, it’s not short of things to do! Here are my top suggestions from my time in Hamburg:

- Walk or cycle round the Alster

You can hire a bike from Stadtrad Hamburg, which has pick up and drop off points around the city.

- Hire a canoe or pedalo

There are lots of places in Hamburg where you can get out on the water if the weather is nice – either on the Alster or along one of the many canals.

- Take a boat trip down the Elbe

Instead of paying for an expensive boat trip, I’d recommend simply taking the commuter boat from the harbour – which will be covered with a public transport day ticket. They leave every 15 minutes from platforms 1 to 3 of the harbour and take you on a round trip up the river and back again. You can find more information in the HVV website.

If you like a bit of history, check out the ruins of St. Nicholas’s Church, which was bombed during the war. You can take a lift up to the top for a good view of the city and there is a museum about the bombings of Hamburg in the war.

- Walk down the Reeperbahn

It’s got to be done…

If you’re enjoying the Hamburg nightlife you have to try the local shot, the “Mexicaner”. It’s basically a mini Bloody Mary, with tomato juice, tabasco and vodka or tequila. When I lived there you could get them in the bar “Lucky Star” for 30 cents…although that could have changed by now!

I hope I’ve managed to get Hamburg onto your “Bookitlist”. And if you end up going, have a fantastic time!

Rachel is a freelance writer and German translator who has lived in Hamburg and Stuttgart. She loves both travel and writing about it. Her favourite destinations are places that have a mixture beautiful scenery, interesting things to see and do and great food! 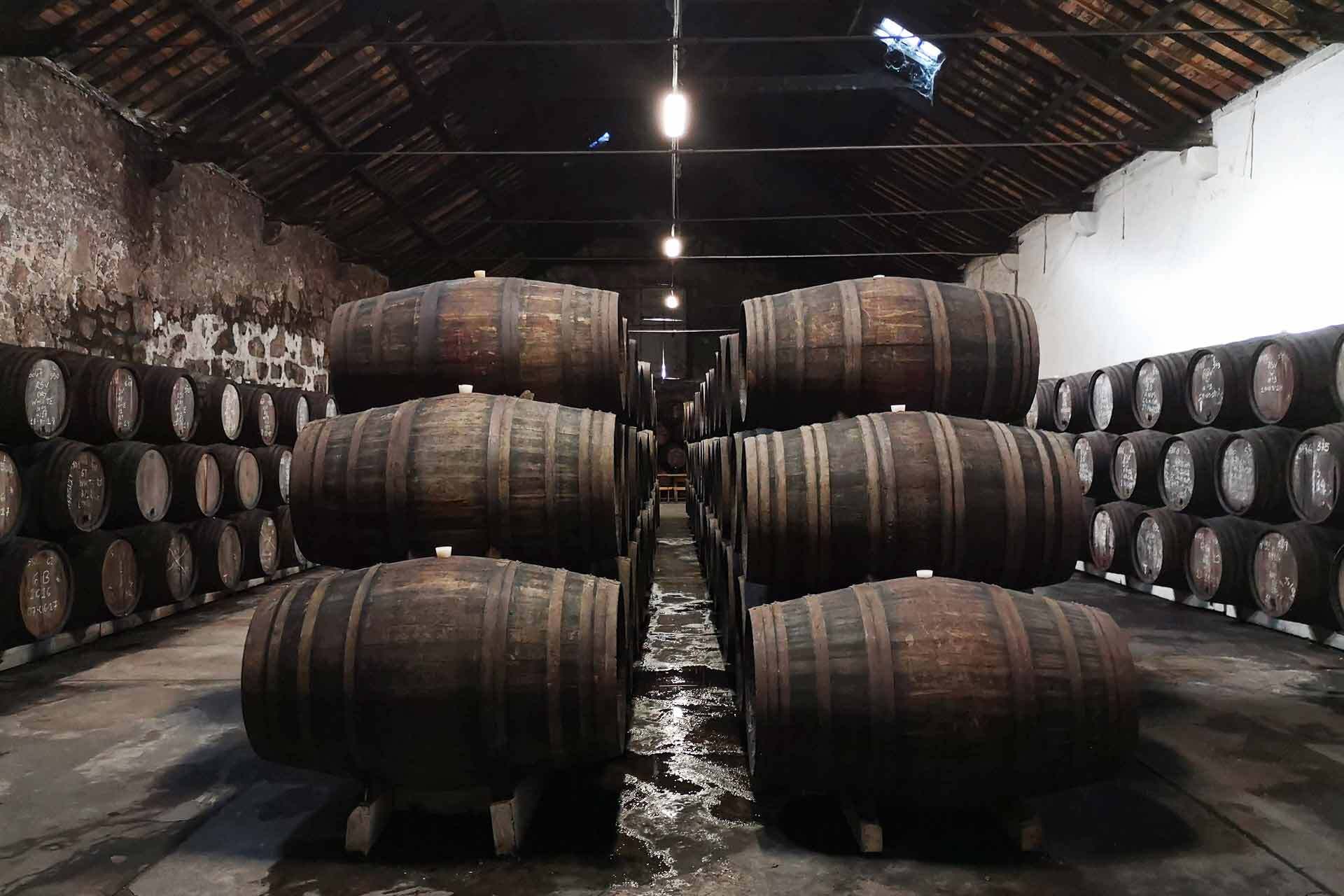 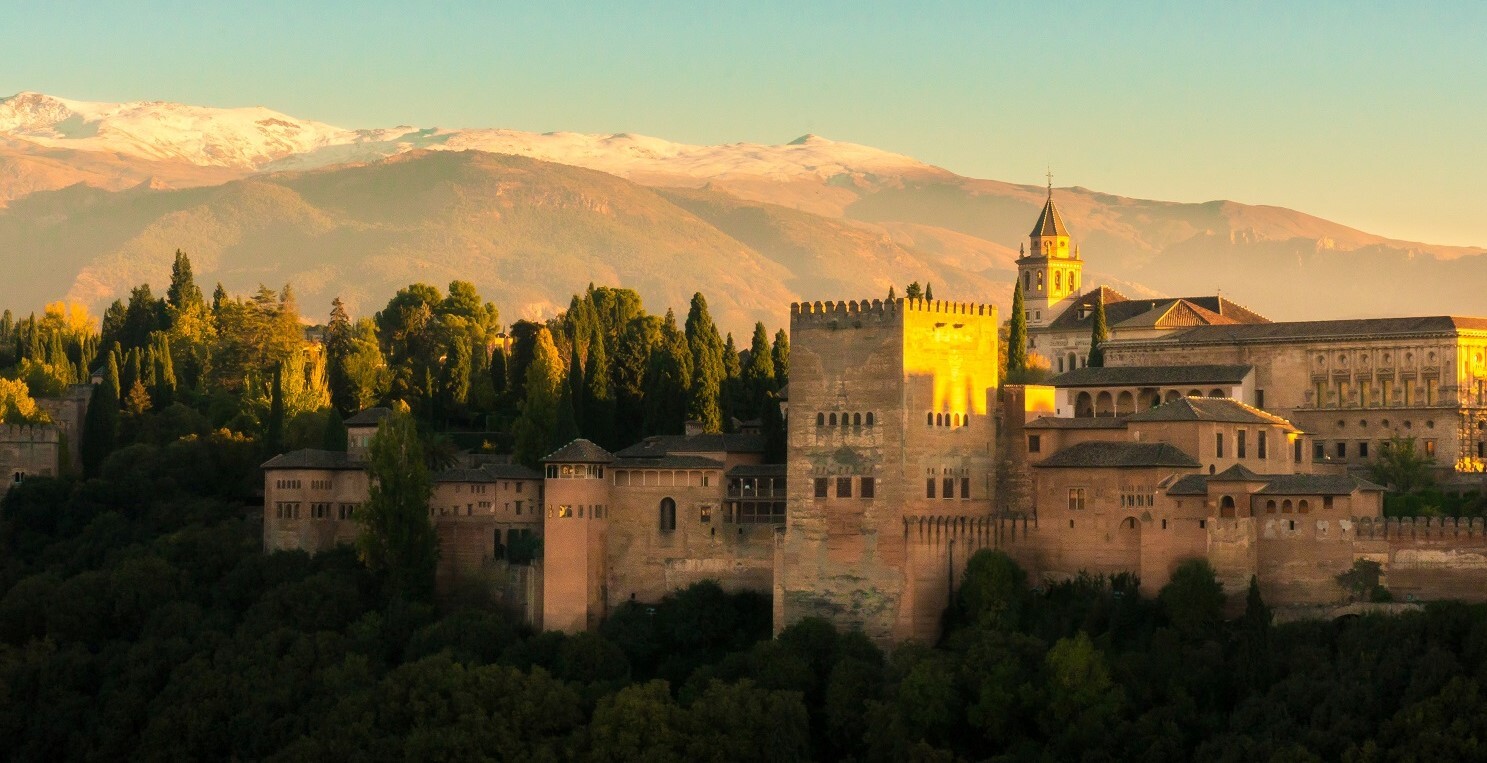