Scotland: Living A Fantasy All Year Round - BookitList

With its rolling hills and encapsulating scenery, it isn’t hyperbole to describe Scotland with the bold descriptions only a tale of wonder would muster.

Scotland is my home and has been ever since I was born 20 years ago and as each year passes, my love for this northern paradise grows deeper, as does my undying flame to explore its wilderness vastly.

Sometimes I believe that if I didn’t have my heart set on exploring the globe, I would be able to fulfil my adventurous spirits just from my own home. The pandemic heightened this feeling as travel abroad got put on pause and instead, we strolled through our own backyard. Ever since then, I have been on a mission to share why Scotland is a must-see destination for everyone. From castle-lovers to island-hoppers, Scotland is a fantasy land all year round.

Non-Europeans are probably shocked by the number of castles dotted around this ancient continent. Just in Scotland alone there is over 2000 and not a single one is the same. If you are a Disney-lover, like me (most likely attracted to a Scotland adventure from too many rewatches of the Pixar movie ‘Brave’), then I’d suggest Dunrobin Castle is the one for you. With its ecstatic renaissance interior and stunning gardens that will teleport you right back to the 18th century, Dunrobin Castle hits the nail (or should I say clock?) on its head for its remarkable timeless design. Plus, it has the most scenic backdrop, situated as a main stop-off on the wonderful North Coast 500 road.

Another castle that makes jaws drop would be Crichton Castle but for very different reasons. Unlike Dunrobin Castle, which stuns its visitors each year with the grace suited for royalty, Crichton Castle conveys readiness for a reenactment of the Battles of Independence. You can literally just imagine William Wallace striding down this pathway ready to fight for freedom and the like. That is because Scotland has been the home of castles for centuries. So, undoubtedly, the castles will look vividly different from the rest. This one, in particular, was built in the 12th century as a home for noble residency, however, the harsh Scottish weather has resulted in it being left in this desolate state. The ruins of Scotland are enough reason to visit the country alone. There is just nothing more spectacular than wandering around the ancient sites and envisioning the events and conversations that took place there a hundred or even hundreds of years before you checked in.

Each of Scotland’s cities has its own personality and charm. Glasgow is known for its cultural street art that is found across many streets. Aberdeen is unique with its granite architecture, resulting in a simple but effective look to the city. Dundee is profound for its art scene as it is home to the Victoria & Albert Design Museum; the only museum of its kind outside of London. Inverness is a gateway into the Highlands. Each city has many reasons to visit but in all fairness, nothing stands out to me as much as the capital - Edinburgh.

Edinburgh is a multicultural land bursting with life and atmosphere on every wynd or close. However, it is distinct due to its old-fashioned style. As much as the capital strides into the future, there is still a quaint charm to the city making sure you gleefully glance at the impressive buildings and monuments that surround you on your visit. Wear your best vintage clothing and get a photoshoot in style. This brings me to mention how photographic the city is! From the peaceful Circus lane to the immeasurable Edinburgh Castle, Edinburgh doesn’t shy away from a good ol’ Instagrammable spot. If you want to bring photography to the table that nobody has ever seen before, Edinburgh is probably not the city for you as its landmarks have been overshot into the masses. Although, this is for good reason - its photo spots are definitely a feast to the eyes. My favourite spots would be Calton Hill; offering the BEST view towards Princes Street, and Dean Village, which is like a stroll back to days gone by.

Do I need to say more? Personally, the Scottish Highlands are truly the highlight of the country. It is the area that puts Scotland on the map and makes it incomparable to the rest of the UK. Would you like to see Golden Eagles whizzing through the sky with a background to die for? Because Scotland has that and more. The cities and castles may stand still in time but the highlands are ever-changing with a reason to keep coming back every season. If you go in the Summer, then walking and camping will probably be on the agenda. You could even squeeze in a wee hike or two up some of the largest mountains on the British isles. Just watch out because the hotter seasons do see an influx in the irritating midges being present. These little bugs are annoying nippers, so definitely use midge spray and try to avoid them as much as you can. Virtually impossible but with many encounters with the suckers under my belt, I can state that they don’t ruin the trip because the views will make you forget you are even being eaten alive - until you get to your accommodation and your arm feels like it should fall off!

Autumn and Winter are certainly cooler months to explore Scotland’s prized possession. If you want to stumble across some of the most beautiful colours you have set your eyes on, then Autumn would be the best time to see Scotland. The Highlands are completely shades of reds and oranges and the lochs are mirrors of the country's inner-beauty. Then there is Winter. A frozen fire that still burns strong. Winter in Scotland is a baltic but treasurable one. The more snow, the more valuable your trip will be. The whiteness of the snow merged with the rows of mountains is such a comforting visual that puts your mind and soul at rest. You are finally where you want to be… that is if you make sure to wrap up first!

If you have a more intrepid heart, getting on the ferry over to one or more of the many islands that Scotland owns would be the perfect opportunity to feel at peace. There is a large difference between the highlands and the islands. The islands are much quieter and less dramatic than the Highlands. It is for the lighter souls that want some relaxation beside beaches that would teleport you straight to the Caribbean. No joke - Luskentyre beach on the Isle of Harris (voted in the top 10 of TripAdvisor’s ‘best beaches in the world’ list on numerous occasions) is one of the most genuine places I’ve visited here. The sand is smooth silk white with crystal blue water that you can see the bottom of. TripAdvisor’s list is justified. Best of all, you will probably have it all to yourself.

The islands aren’t just known for their epic beaches though. They are also notable for their unique history - living a completely different life to the rest of mainland Britain. Moreover, with less light pollution than the rest of the UK, places like Orkney, Shetland and the Outer Hebrides are popular for star-gazing and if in Winter, aurora borealis searching. Another beautiful island is the Isle of Skye. This one is a more touristy island due to its bridge connecting to the mainland but that is also for a reason. Its rugged landscape is so memorable as each waterfall and postcard view takes the breath away. A must-visit if you are road-tripping Scotland.

Speaking of which, that takes us to our final chapter in this blog. Scotland fits the bill for many different types of trips. A city break? Go to Edinburgh and explore its ghoulish history with your heart in your chest. A hiking trip? There are 282 Munros (mountains over 3000ft) to choose from, including the biggest in the UK, Ben Nevis. Don’t forget to be prepared and proceed with caution though. They are dangerous yet beautiful. On the other hand, another exciting holiday to plan to take you through the heart of Scotland would be a road trip.

The best thing about road trips is that you can be as creative and extensive as you want. The trip is only as thrilling as you make it. Although, why create your own road trip when there is a route already in place to suck you into Scotland’s natural glamour. The North Coast 500 is Scotland’s version of Route 66 in the United States. A road of epic proportions, this route swoons through gorgeous valleys and undefiable landscapes. Waterfalls thunder down from the highest mountains and rivers flow endlessly into the towns that dot the road. Plus, the road itself is a poetic justice for adventure at its finest. Try not to stop off for a photo on every corner, it is challenging but doable if you restrain yourself.

The NC500 also takes you to Scotland’s most faraway places such as John O’Groats; the highest village in mainland Britain. This whole area delights visitors with a dramatic coastline and cliff edge that makes you say “Wow” aloud. I have decided to leave the NC500 until last in this discussion because it merges the previously mentioned chapters in one. Nature, castles, beaches, mountains, you see it all on this road trip. Some may say it is overrated and there are much better spots to explore in this vast, wonderful country but if you want to start your Scottish travels with a kick in the right direction, start touching the sky on this golden path.

With all that being said, thank you for reading - I hope it was enlightening to some. However, I would say the only way to see why Scotland is a traveller’s oasis, is to just come over and see it for yourself. 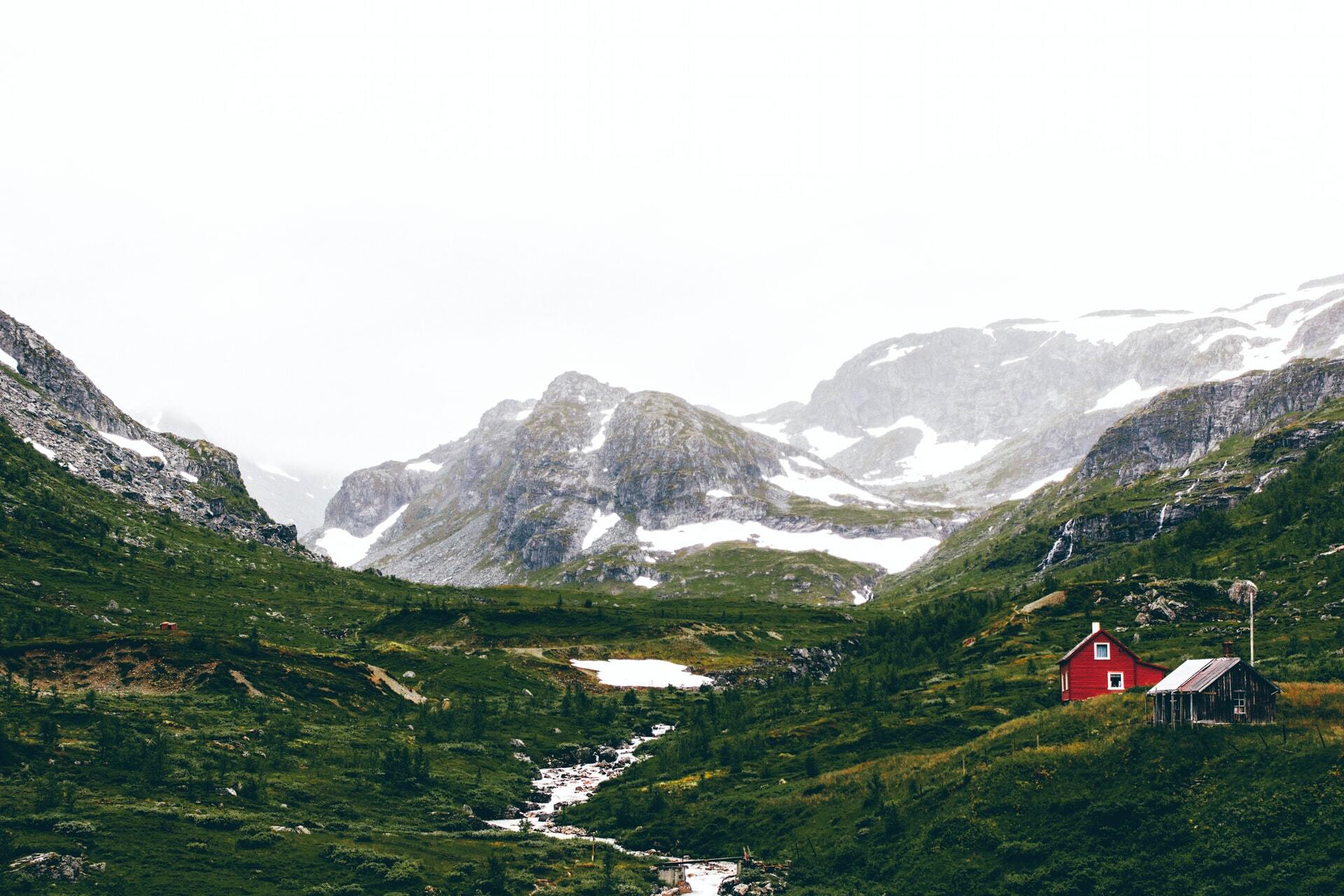