The Jurassic Coast, England's only natural UNESCO World Heritage Site, is famed for its majestic beauty and fascinating geology, but did you know it is also a hive of activity for the film and TV industry?

Over the years, its picturesque beaches, dramatic cliffs, and seaside settlements have been immortalised on the big and small screen.. read on to discover some of the most examples.

One of the Jurassic Coast's most striking landmarks, Chesil Beach is an 18-mile long and 200-meter wide shingle barrier that separates the coastal cliffs from the open sea.

Set and filmed in and around the area, the eponymous 2017 romantic drama On Chesil Beach tells the story of newlyweds Edward and Florence, and their disastrous attempts to consummate their marriage.

As one would expect from its title, the beach plays a central role in the film, its distinct, surreal scenery paired with overcast weather, is integral in creating the brooding, melancholic atmosphere. 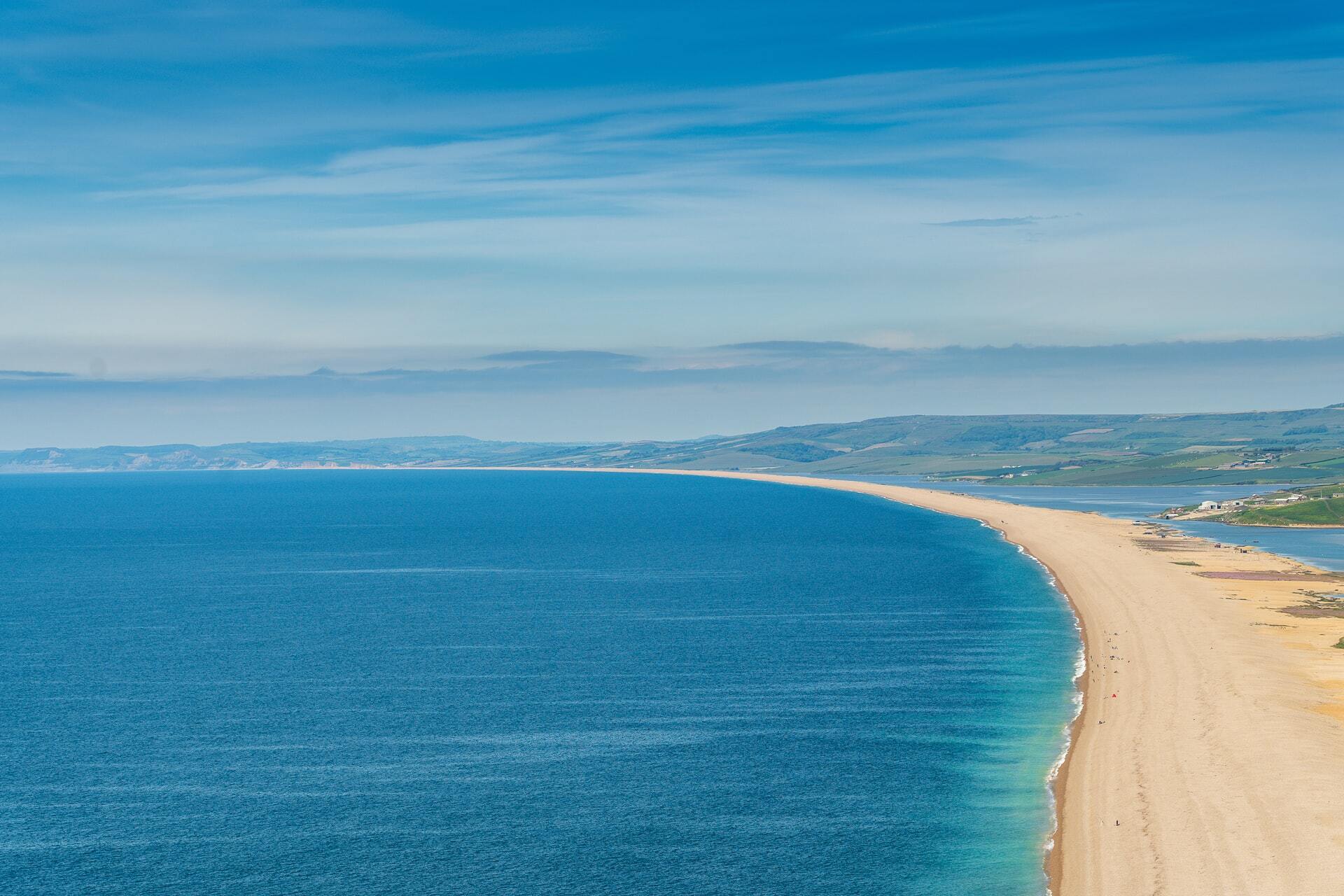 Hit ITV drama Broadchurch might be set in a fictional town of the same name, but it was filmed in and around the charming harbour village of West Bay (known as 'the gateway to the Jurassic Coast').

Described by its creator, local writer, Chris Chibnall, as “a love letter to the Jurassic Coast”, the series, which starred Oscar-winning actress Olivia Colman, gripped viewers with its compelling tale of intrigue and murder and immortalised the magnificent sandstone cliffs that tower imposingly over West Bay's golden sand beach.

One of England's most picturesque beaches, Lulworth Cove, a secluded semi-circular bay toward the western end of the coastline, is famed for its postcard-perfect natural beauty and fascinating geology.

No stranger to the silver screen, the beach has featured heavily in tv and film, including in 2013, zombie blockbuster World War Z starring Brad Pitt, where it was used to portray the Canadian village of Freeport. 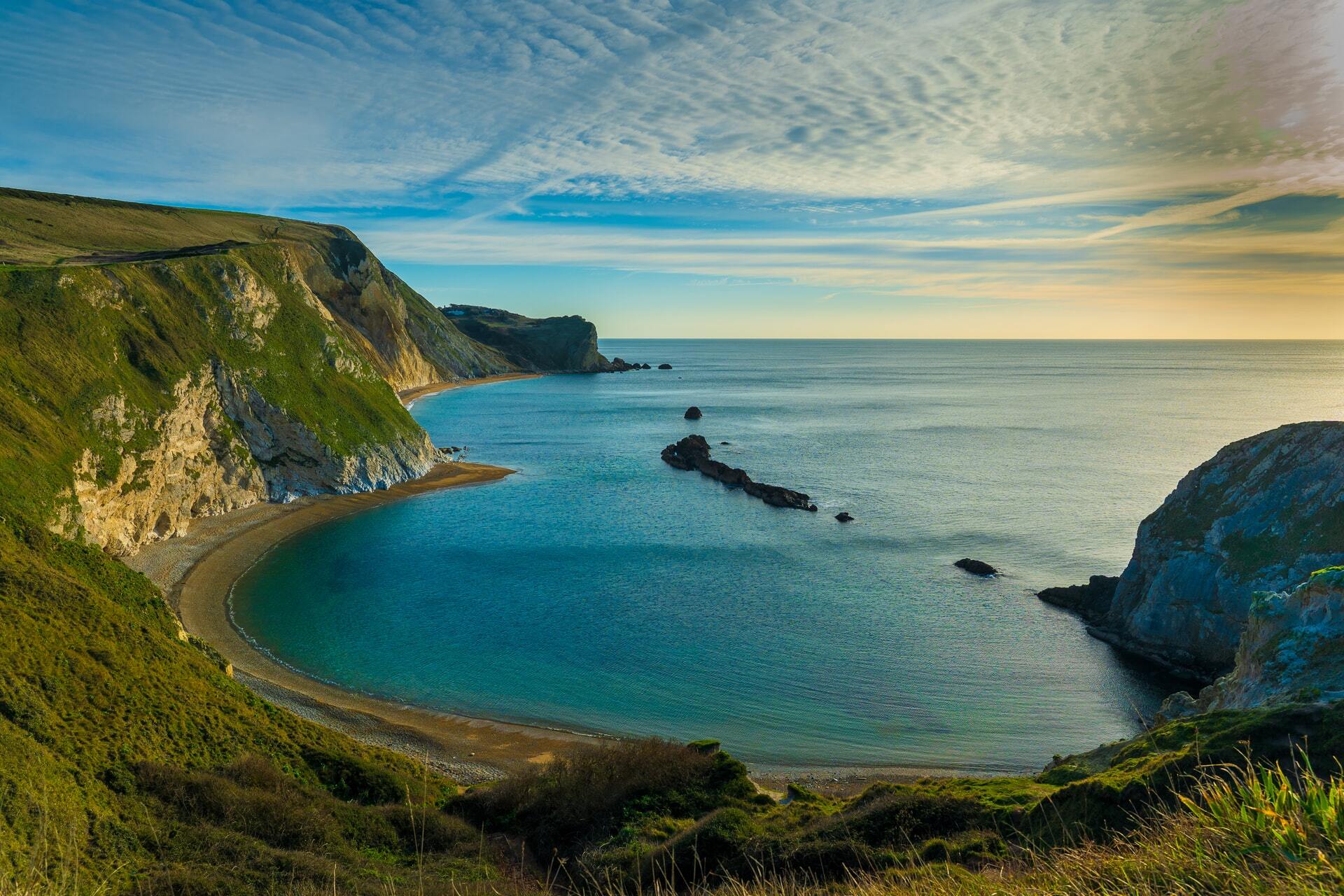 The Jurassic Coast is one of the finest fossil hunting locations on the planet, no more so than the picturesque town of Lyme Regis the birthplace of legendary fossil hunter and palaeontologist, Mary Anning.

Loosely inspired by Anning's life, and named after one of the most common types of fossil found on the Jurassic Coast, 2020 romantic drama Ammonite is set in Lyme Regis during the early 1800s and features a number of the town's most notable locations.

One of the most beautiful and notable of the Jurassic Coast's many landmarks, the world-famous Durdle Door is a striking limestone arch that rises dramatically from the coastal waters.

A popular location for film and tv, the landmark has graced the big screen on numerous occasions, including, in 2005 comedy drama Nanny McPhee, starring multiple Oscar winner Emma Thompson. 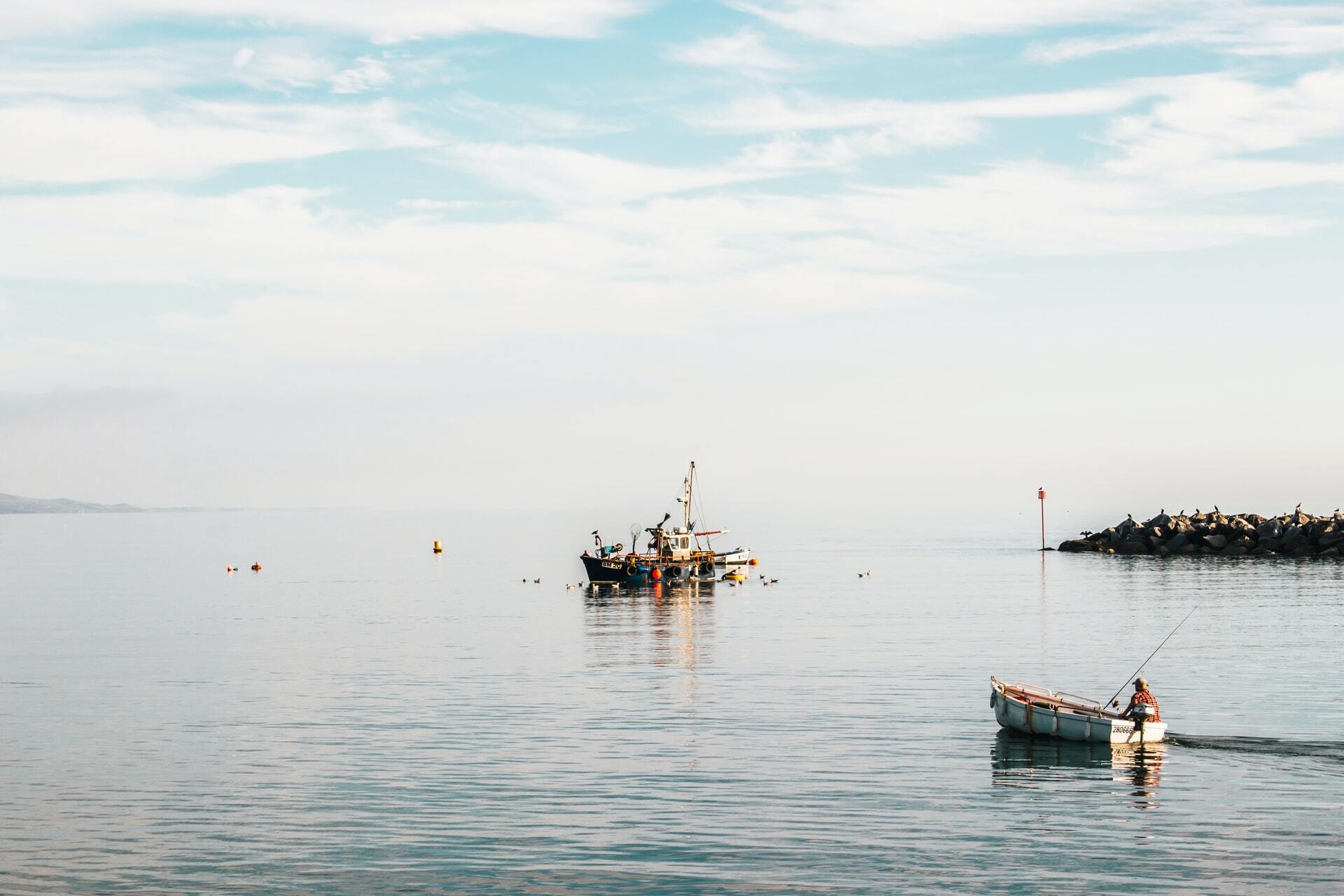 Written as a prequel to the much-loved children's classic, Charlie and the Chocolate Factory, the film charts the early life of the eccentric chocolatier, (played by Timothée Chalamet), before he opened his iconic factory.

Due for release in December 2023, is currently in production. Last year the picturesque harbour of the charming Dorset town was transformed with fake snow and period-style props to portray the scene of Wonka's arrival in England from America. 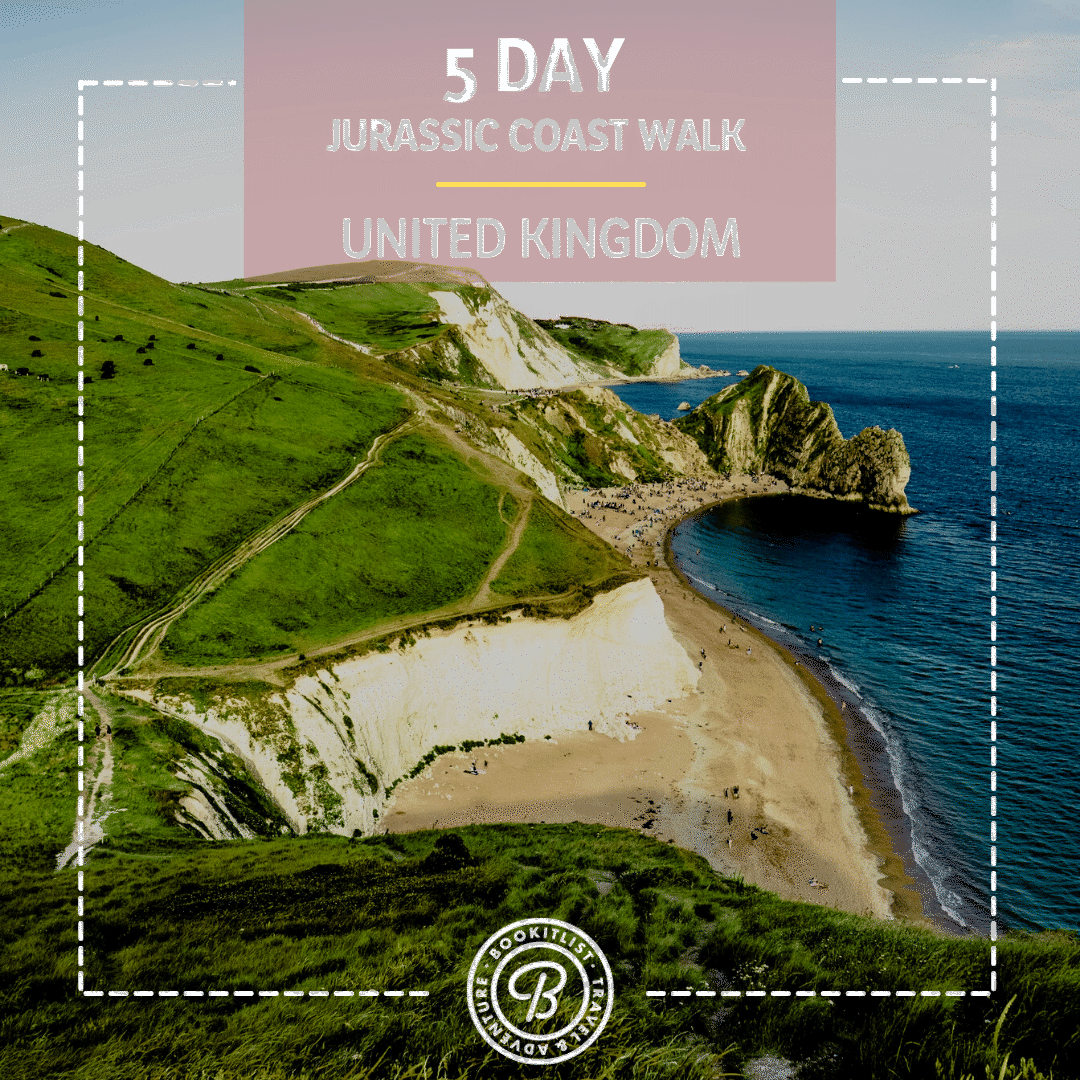 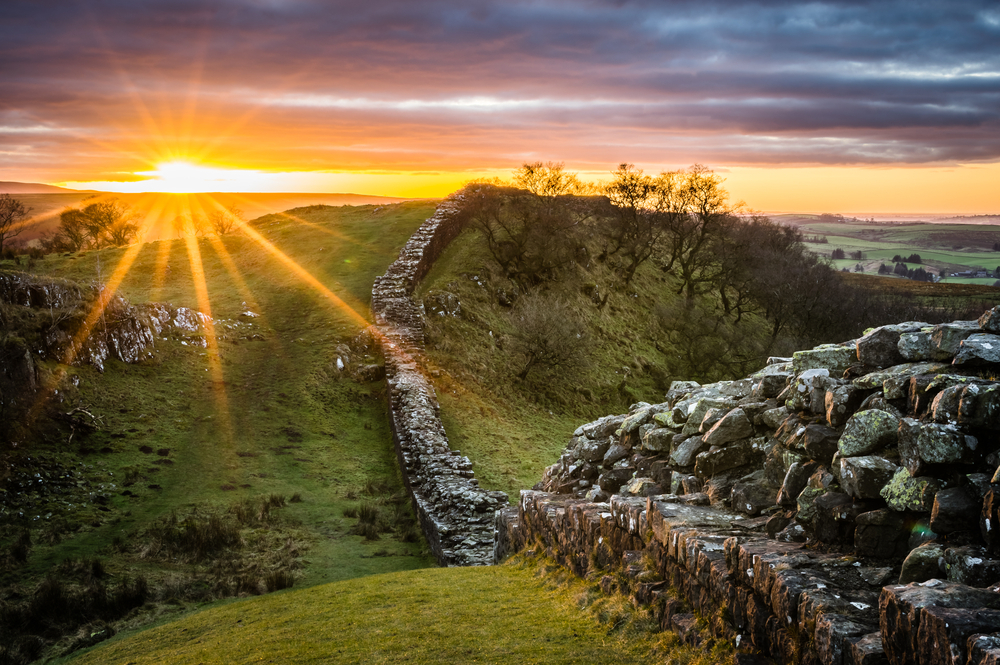 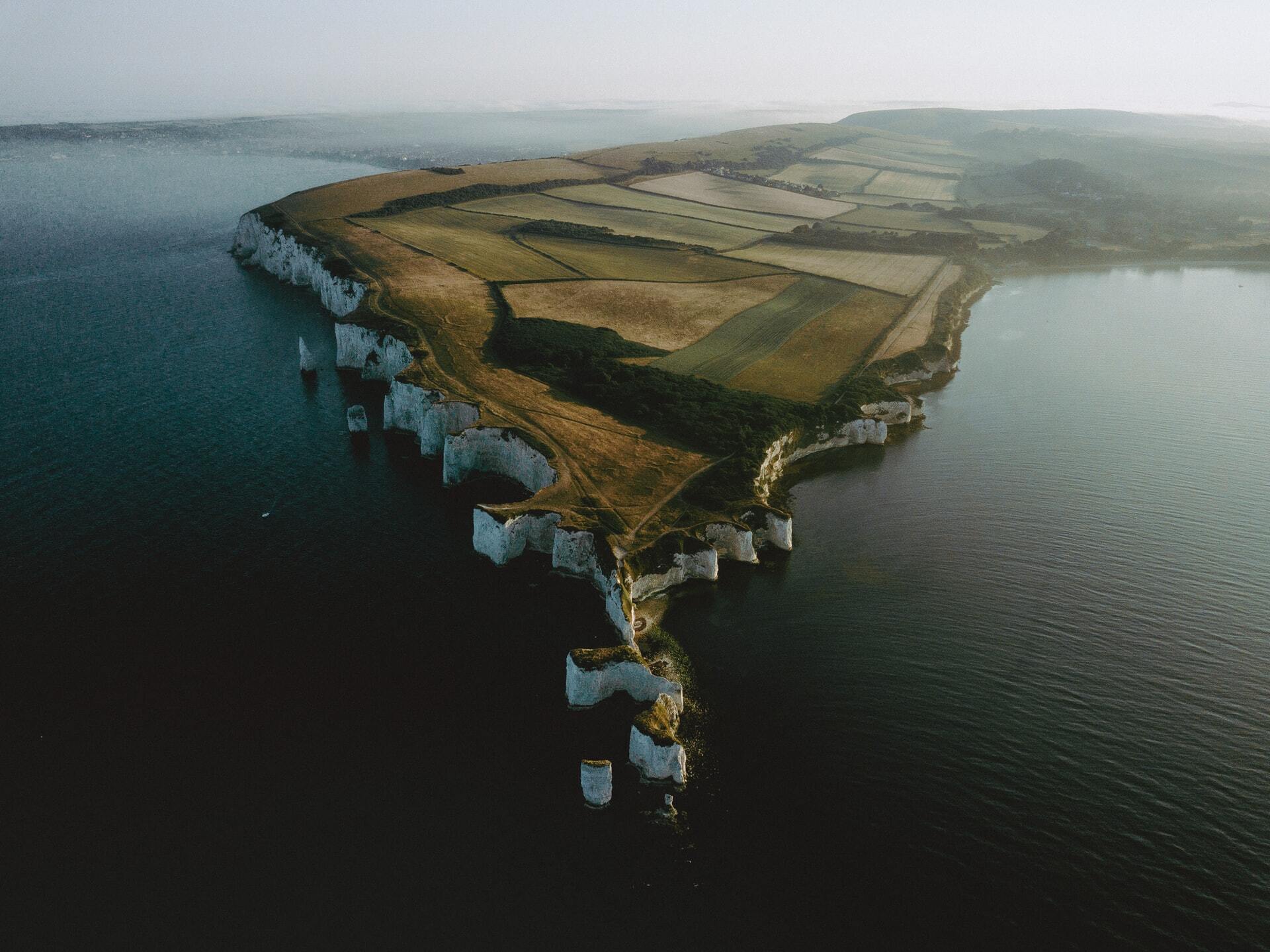 The 8 Most Stunning Beauty Spots on the Jurassic Coast 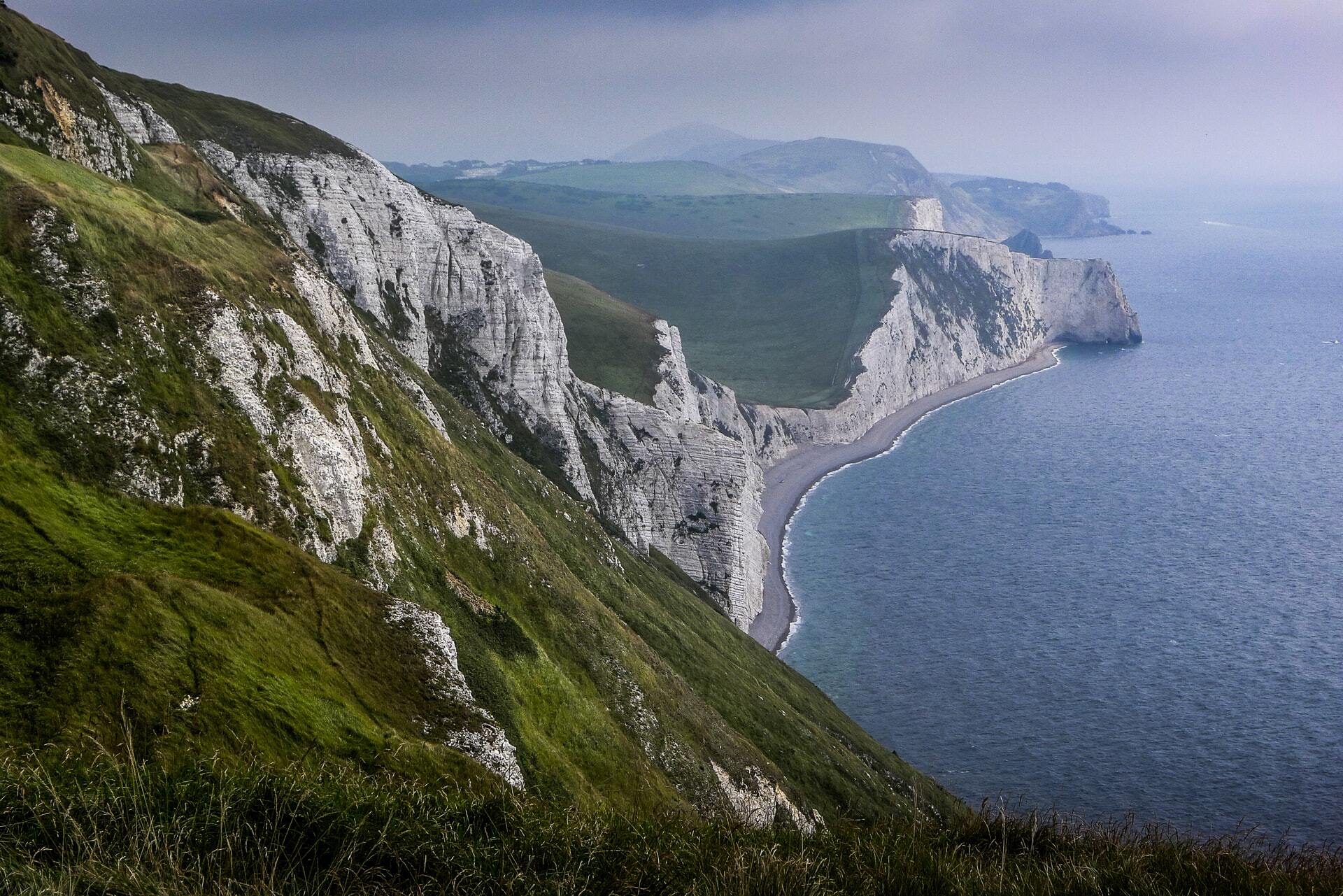