The Caribbean beyond the resort - BookitList

The Caribbean beyond the resort

Listen to this as a podcast!

When my brother announced he was getting married on the island of St Lucia, I jumped at a chance to explore a different part of the world. Having already travelled across India, China and much of South East Asia, I thought it would be a top opportunity to see a new part of the world.

A week later, he sent a link to the all-inclusive resort they’d booked into for the wedding. The pictures were stunning, palm trees overhanging glistening sand, ice-cold cocktails, swim-up bar and wall to wall sun. Then I saw the price. I’m a budget traveller to the bone. I love walking through sprawling cities, watching counties roll past sweltering bus windows, or eating samosas by the side of the road. With a sharp intake of breath, I smashed out the cost of a month in India for five nights in this beautiful hotel and went about working out how I could super-budget the rest of the four- week trip to make it work. 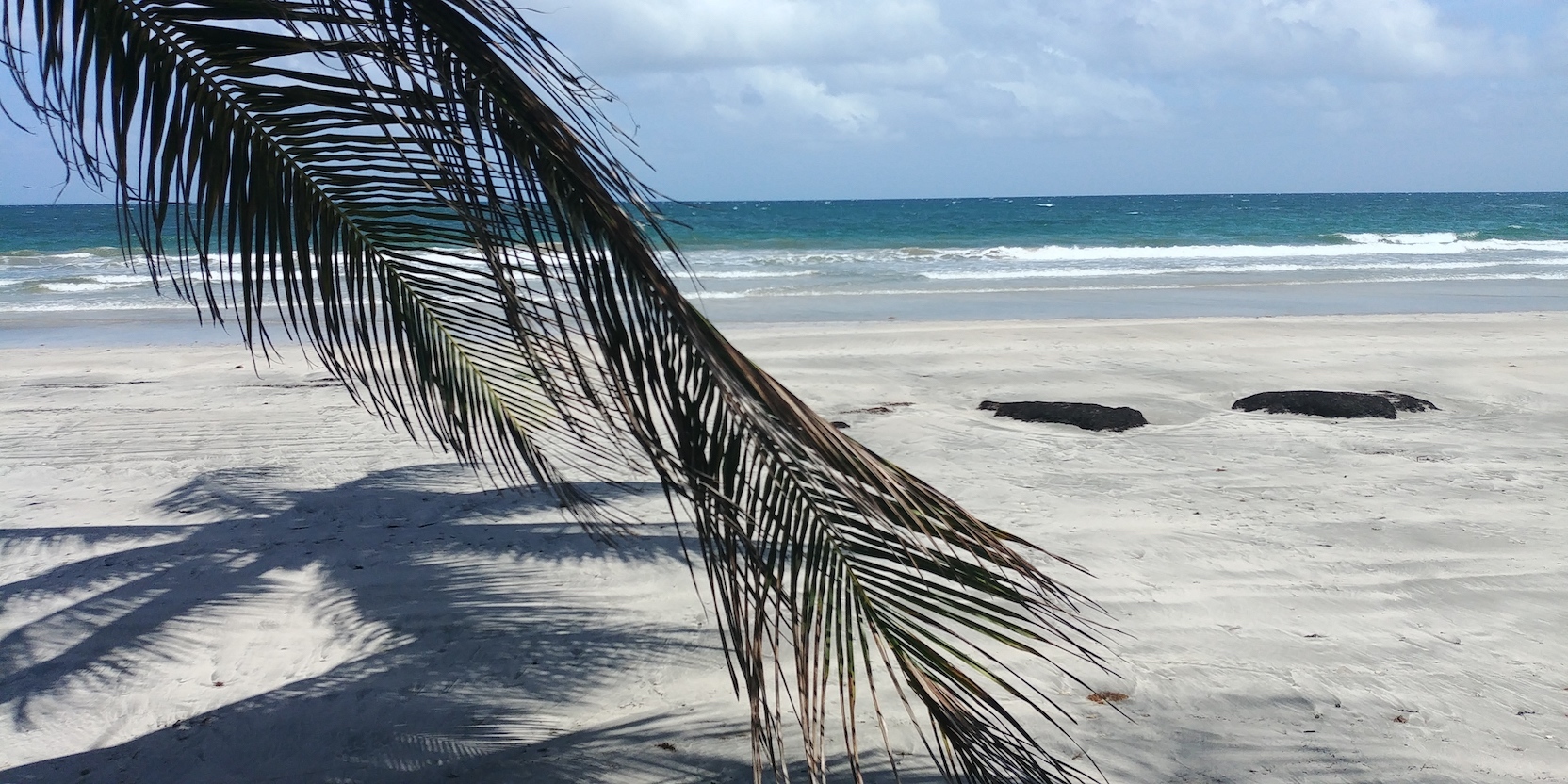 Staying with the locals 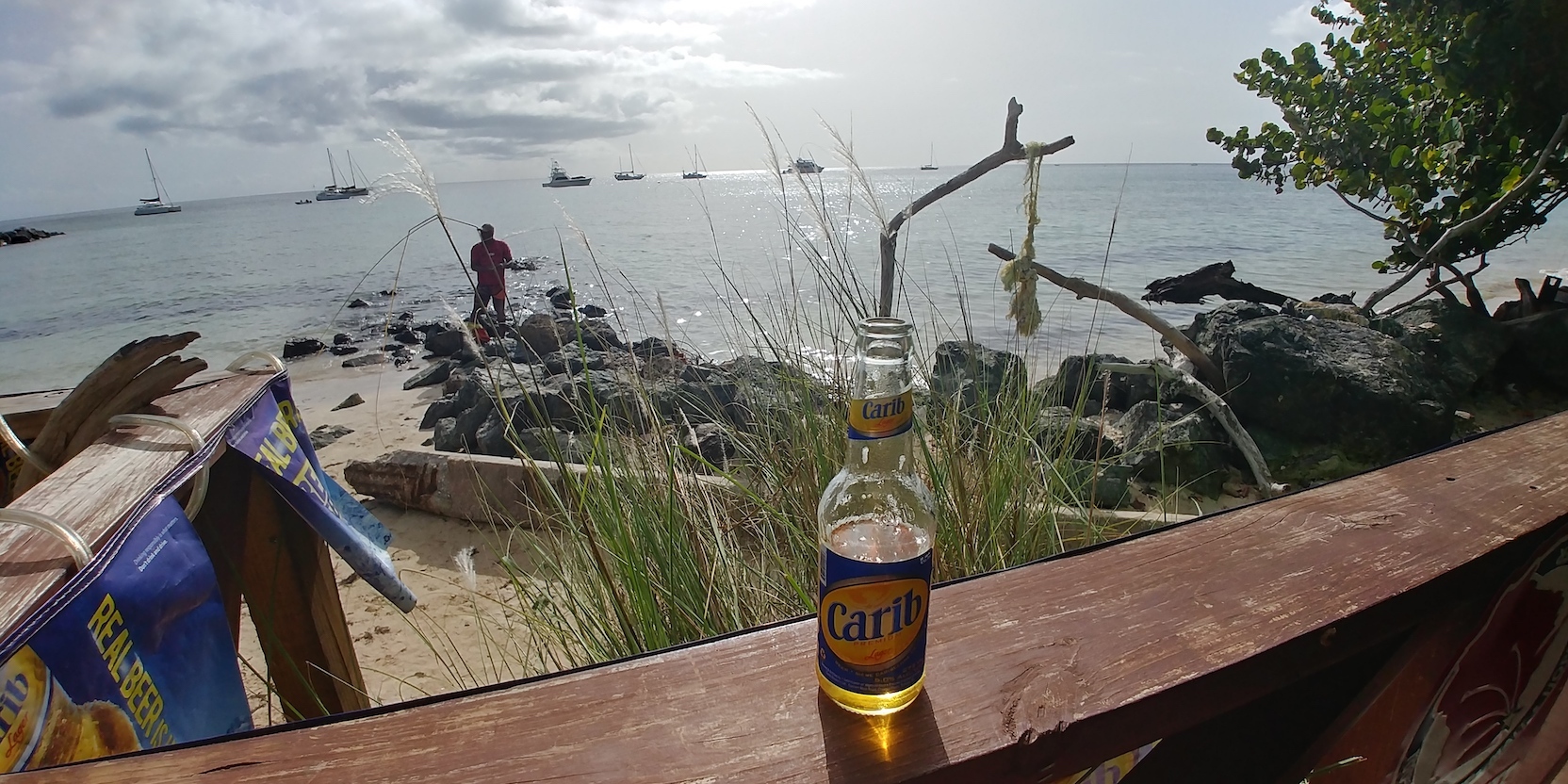 I love Airbnb and have used it the world over. After a short search on the app, I found a family who lived in the hills above Castries and booked four nights with them. When I got there, the place was beautiful. It overlooked the town nestling down in the valley to the left and the vast expanse of the Caribbean Sea to the right.

They also explained to me how the local bus service worked. Using these beat-up minibuses, which always seemed to have the stereos cranked up to ten, I could get anywhere on the island for a couple of dollars. It wasn’t always comfortable, as many passengers as possible were crammed inside the far from luxurious minibuses—but that wasn’t the point!

Castries itself is a vibrant little town based around a thriving port which is dwarfed every couple of days by a visiting cruise ship. People pile off the boat to tour the island before disappearing again few hours later. 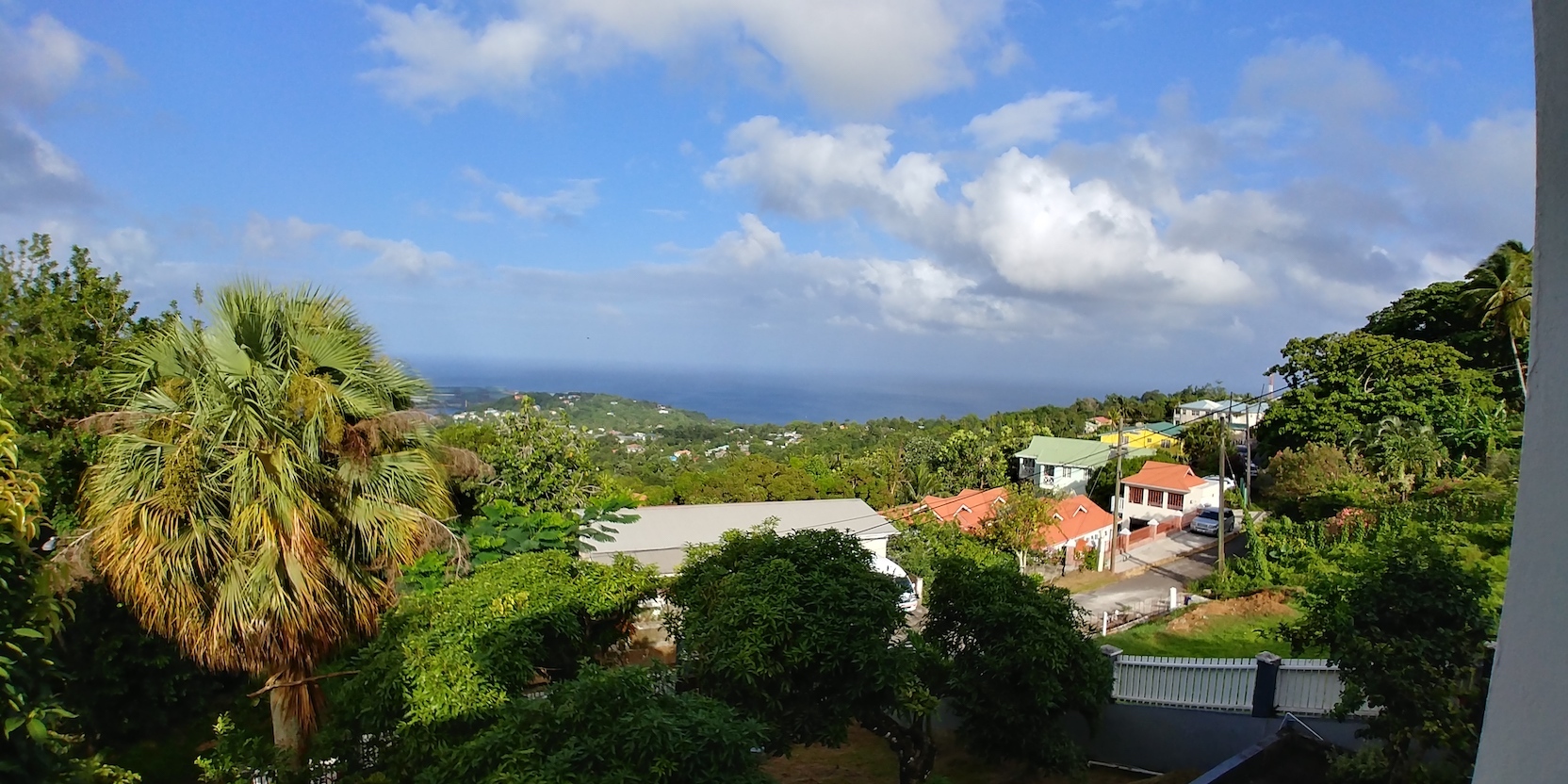 The St Lucians know how to party. End of. Speaking with my host family, I learned of the island’s weekly street party which takes place in the village of Gros Islet every Friday. The party was a good two days before the wedding, what could possibly go wrong?

The bus on the way stopped at various resorts along the coast road to pick up groups of hotel workers on the way to the party. By the time we pulled into Gros Islet, the bus was bouncing. Paying the driver, I asked which way I needed to go, “jus’ follow the bass” he said. Good advice indeed.

Turning the corner, I looked down at the town’s central street. It had been closed off to traffic by a wall of speakers on a truck at one end. People had set up stalls selling drink, food and anything else you could need.

The rum punch flowed the bone-shaking sounds of soca, reggae and hip hop all night long. When I left at 4 am (I had a wedding to get to the day after tomorrow) the party was still going strong. 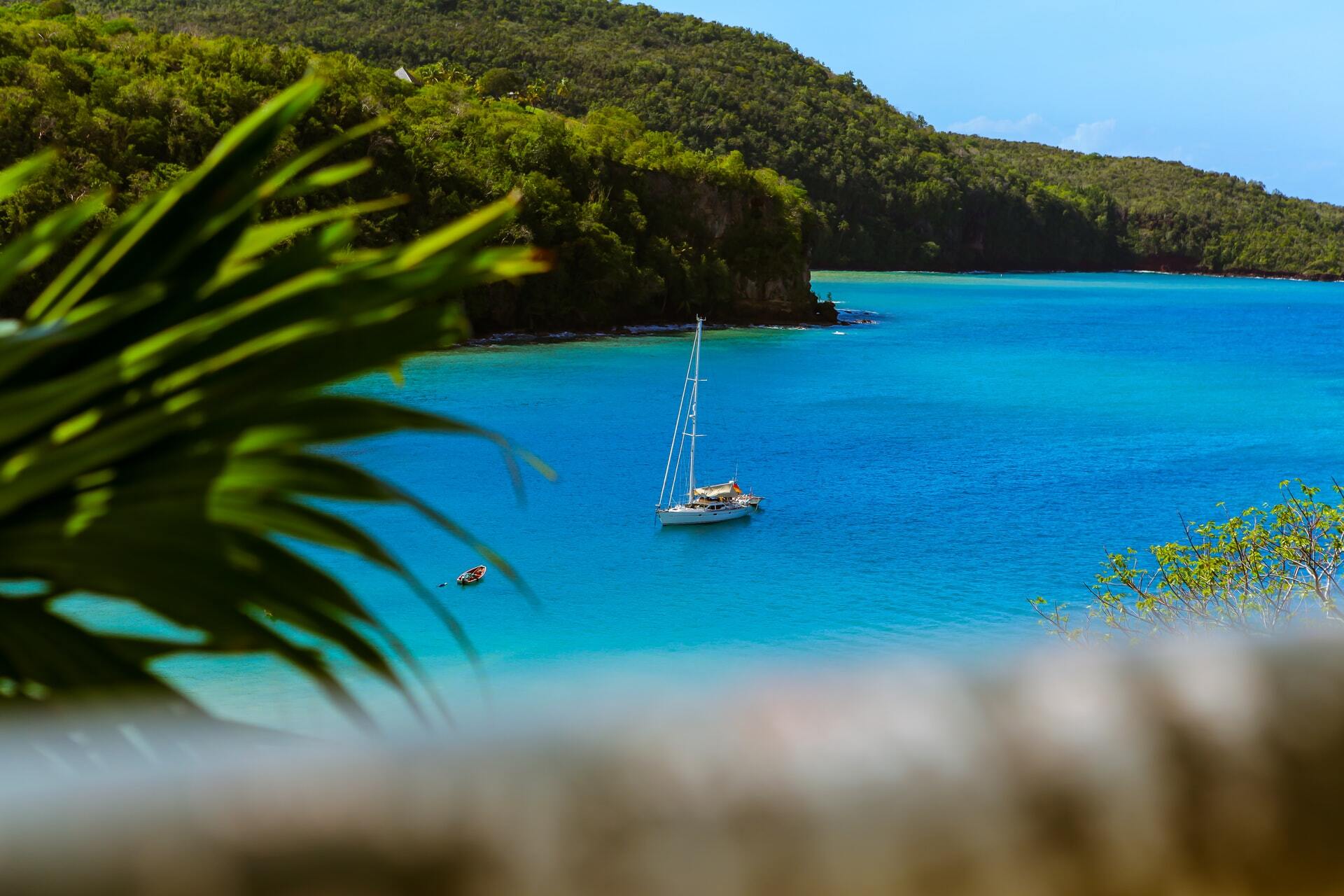 One of the things I love about travel is finding those tiny out of the way restaurants and bars that feel like they couldn’t exist anywhere else. Whether it’s a backstreet nightclub in Bangkok or a highrise cocktail back in Hong Kong, they just seem to embody the place.

One afternoon I was walking around the market of Castries, which is really just a couple of streets comprising of stalls and several rum shops which sprawl out into the road when I stumbled upon a tiny backstreet restaurant. It was just a kitchen a single table out on the street really, but the afternoon was hot and the lady who ran it was insistent that I should try her Creole fish. That was a great decision. Comprising of a steak of barbequed fish, red slaw and the Creole sauce—it was beautiful. I wish I had taken a picture to show you! I spent the rest of my trip around the Caribbean looking for a similar dish, but have to say nothing lived up to that first Creole fish at the backstreet restaurant. 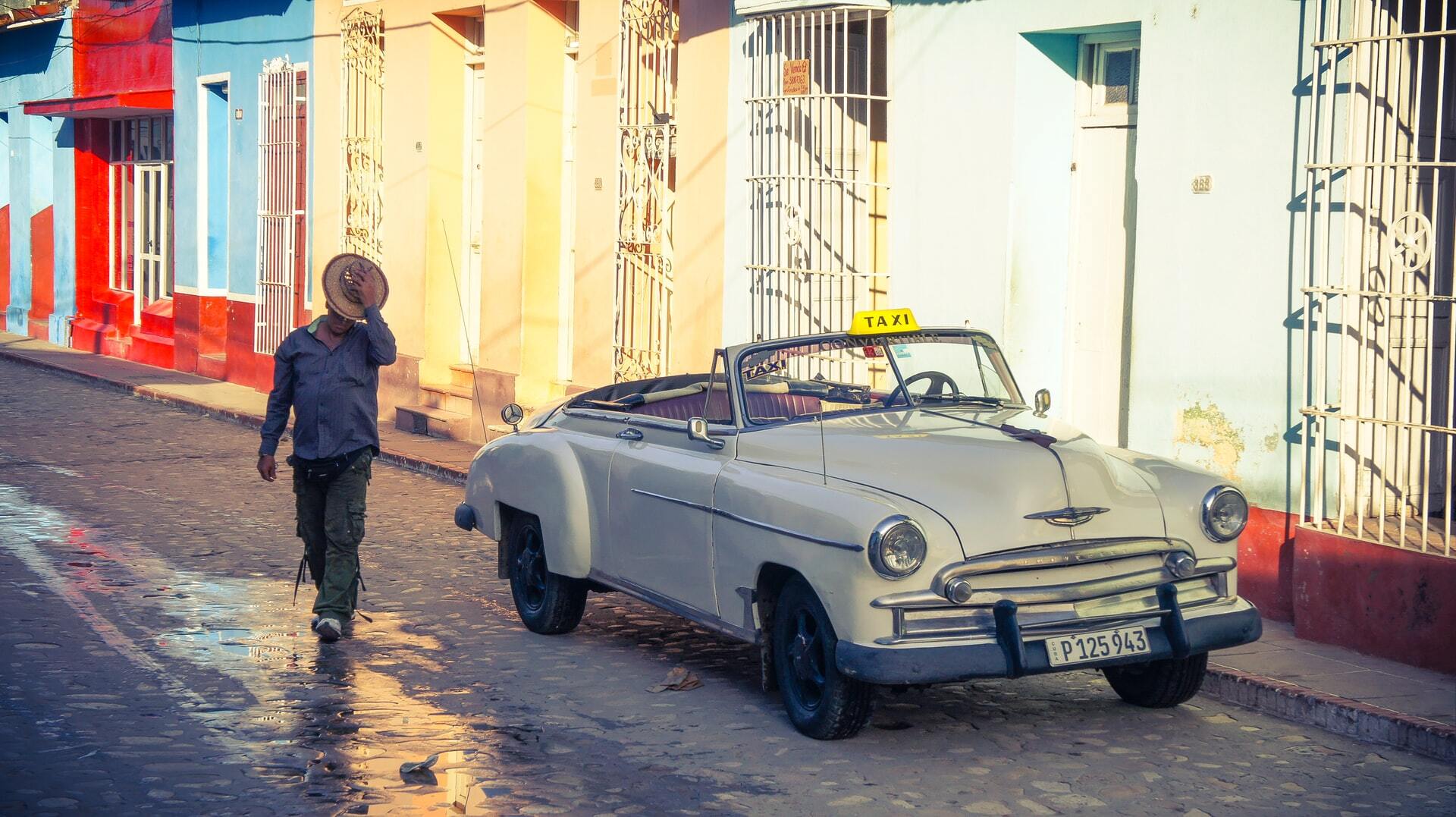 After the wedding, I’d booked a flight on to Trinidad and Tobago, but in reality, I felt I’d not seen enough of St Lucia. It was such a vibrant, energetic and beautiful island. I could have stayed another few weeks—but, that’s for next time.

It wasn’t until I visited the twin islands of Trinidad and Tobago that I realised how different theyactually are. Trinidad (as far as Caribbean islands go) is a vast and industrial island. It sprawls with civilisation, trucks rumble down eight-lane motorways, and Americal burger restaurants sit on each cover. If you head to the south of the island it does become more remote, but I didn’t get that far- I had a boat to catch over to it’s much sleepier, and all-round cuter sister, Tobago.

It wasn’t good news when I got to the port, though. Wednesday is the captain’s, so no boats sail between Trinidad and Tobago. Cursing my European assumptions that something as important as the connection between the two islands would run every day, I hot-footed it back over to the airport. Fortunately, there I managed to get on a seat on the plane an hour later for which (for the first time ever) I was upgraded to business class for the 18 minute flight. 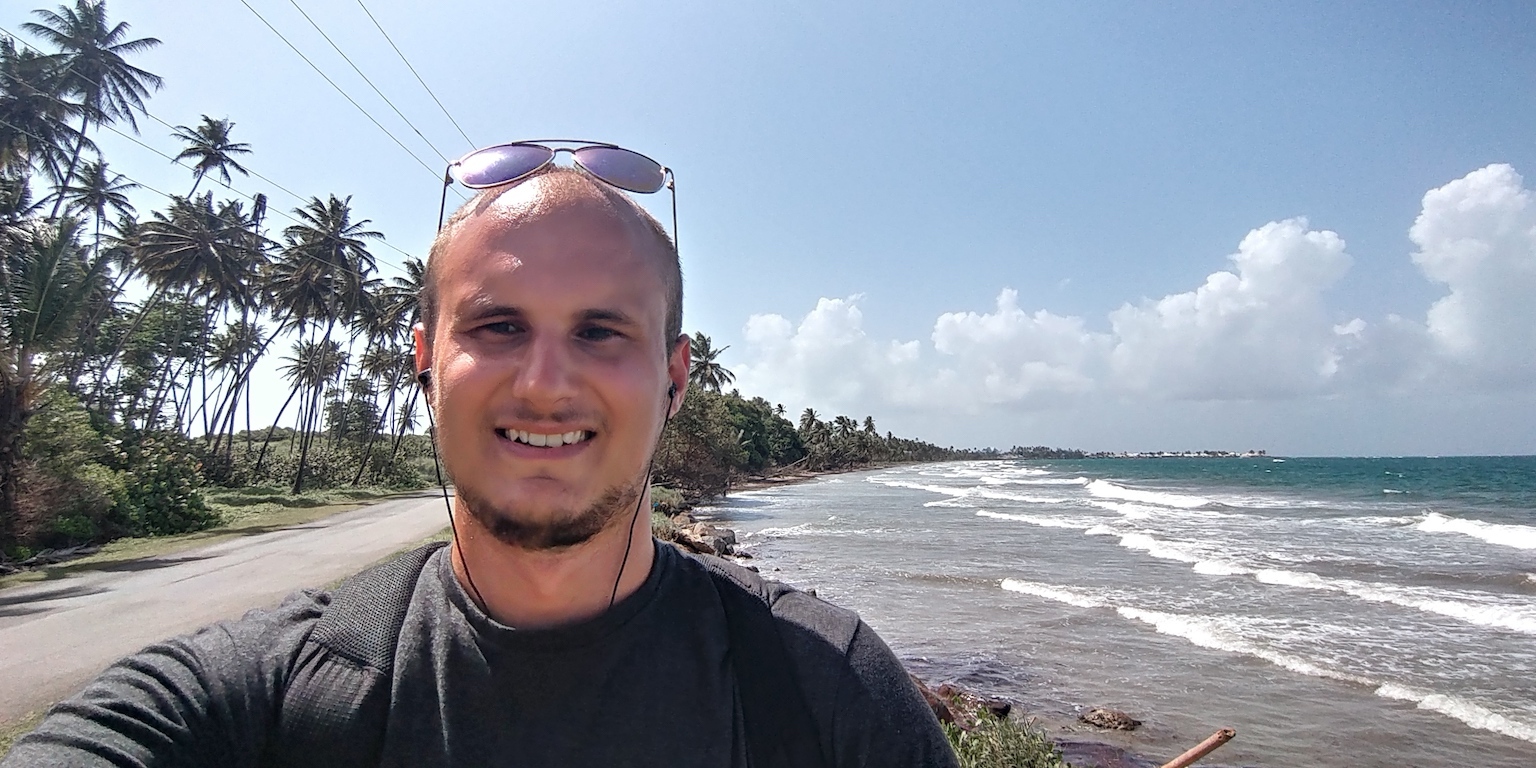 Again, for my stay in Tobago, I’d found a little apartment on the hill outside Scarborough (not to be confused with the English seaside town). My host, a great guy called Marvin, picked me up from the airport. The first thing he said, “if you’re looking for any sort of entertainment, get back on the next plane.” Perfect, I thought.

Splitting his time between Tobago and England, Marvin explained that things in Tobago ran on “Island Time.” That means that stuff happened whenever anyone could be bothered to get around to it. For me, happy to drift through the next few days, that was ideal.

Tobago was fantastic. I spent over a week getting into my writing, reading and walking down the coast. There are a few areas with bars and restaurants, occasionally I stopped for a beer, but that wasn’t really my reason to be there. If you’re looking for a place for some serious chill, Tobago is it – I’ll be going back at some point too!

Sometimes I think we need all need a bit of “Island Time”.

No, this isn’t one of those competitions where automatically win and then have to pay £2000 to claim your prize – does anyone actually fall for those things?

This is one of the budget travel hacks I wax lyrical about all the time. Search for the slowest, most
laborious flights on a site like Skyscanner. Look for those flights that are super cheap because no one wants them – you know, overnight flights with eighteen hours in a random airport somewhere on route. When you find one, mess around with the flight parameters so that you actually have a few days in that random city. Often the flight costs remain the same, sometimes you can get it even cheaper by getting two overnighters. I did this on the way back from the Caribbean to the UK and got three free days in New York.

Again, I hit the Airbnb app and found an apartment in neighbouring Hoboken for $40 a night. A little research indicated it was a twenty-minute bus ride from Manhattan, but because it’s across the Hudson and in New Jersey, rather than in New York, it’s much cheaper. 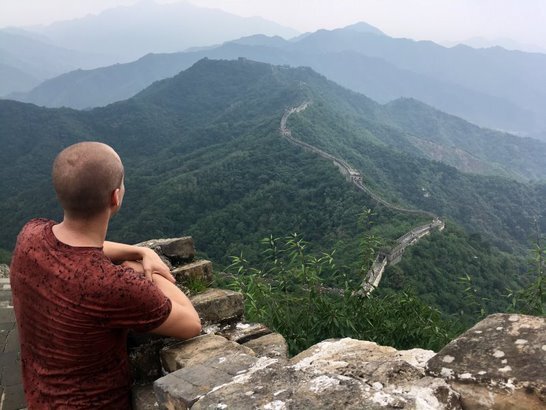 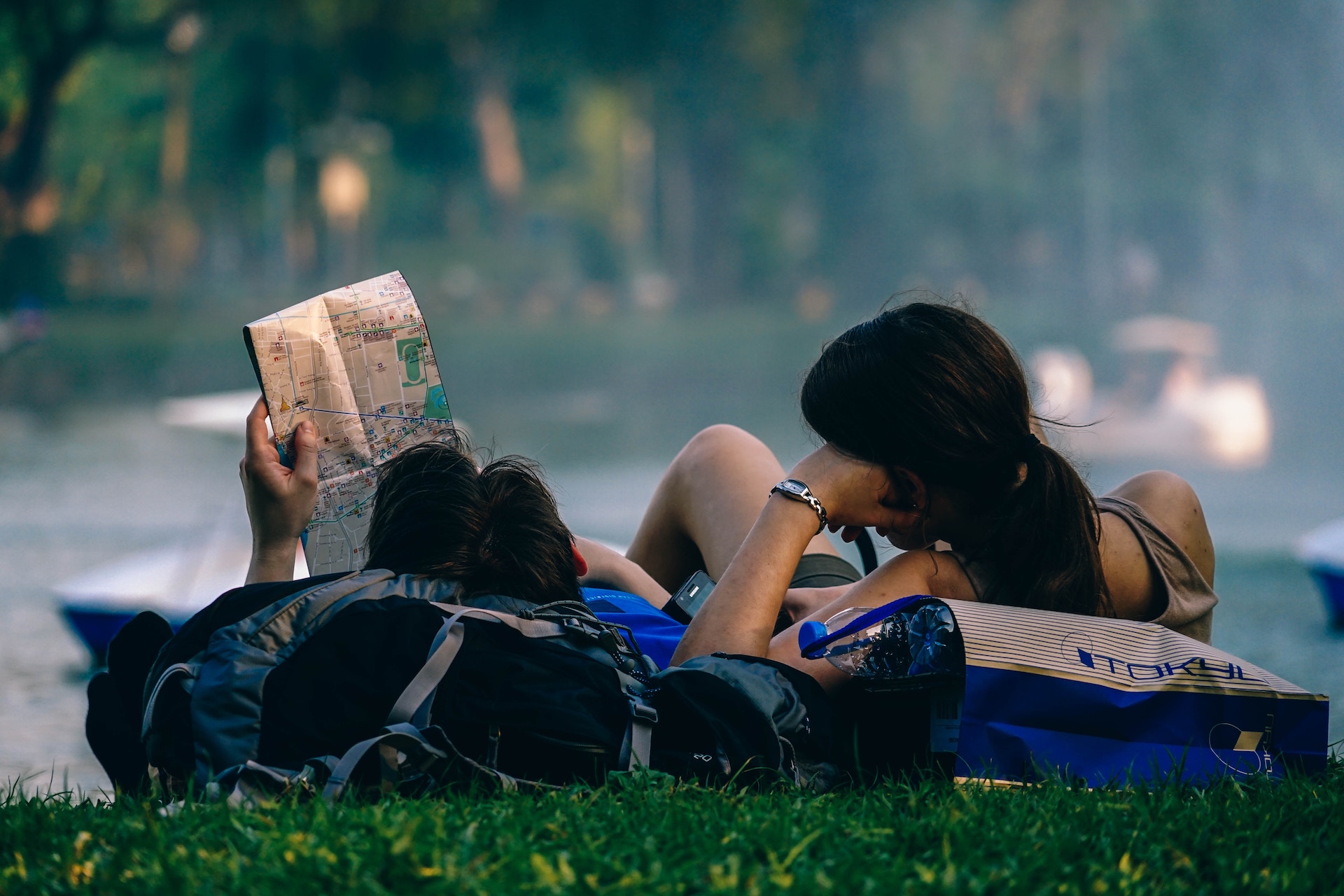