Top 10 Places To Go On Safari

Whether driving through savannah plains in search of 'the big 5', trekking through highland jungles on the trail of mountain gorillas, or traversing great rivers by boat, spotting crocodiles, hippo and all manner of birds species, going on safari is an awe-inspiring experience and a bucket list favourite.

Though all corners of the world are great for wildlife watching, it is Sub-Saharan Africa with which safaris are synonymous, due to the incredible wealth of large animals found there, and from the grasslands of Tanzania to the lush delta of Botswana, we've composed a list of the 10 Places To Go On Safari.

Though it may be less popular than the likes of Kenya and Tanzania, the southern African nation of Botswana is arguably the best country on the planet when it comes to safari!

Encompassing vast swathes of northern Botswana, the lush, Okavango Delta is home to a truly extraordinary wealth of wildlife, including lions, spotted hyenas, crocodiles, giraffes, the endangered black and white rhinoceros, hippos, as well as Africa’s largest herd of elephants, and an incredible array of bird species. It can be explored by 4X4, boat, on foot or even horseback, whilst further south, the 52,800 square kilometre Central Kalahari Game Reserve is the second largest on the planet, (accounting for around 10% of the country’s total landmass) and is famed for its population of extremely rare, black-maned lions, though also boasts a diversity of large game including, giraffes, Cape buffalos, leopards and white rhinos.

The world's most popular destination for safari - Kenya is rich in culture, history, natural beauty, and biodiversity, renowned for its picture-perfect coastlines, and vast savannah plains, which are home to an abundance of wildlife.

For those searching for the Big 5 (along with a diversity of other animals) the south of the country is the place to go, home to numerous excellent reserves including the world-famous Maasai Mara National Reserve (named in honour of the Maasai people who have long called it home) and Amboseli National Park, (set in the shadows of Mount Kilimanjaro) whilst the neighbouring Tsavo National Park (the country's largest game reserve) is home to the beautiful Mzima Springs, which features an underwater viewing area from which you can watch pods of hippos swimming.

One of the most beautiful nations on earth, and a hugely popular destination for safari, Tanzania is home to over 4 million wild animals, with an incredible 430 different species represented, from hippos to crocodiles, zebras, giraffes and leopards, and one of the largest populations of lions in all of Africa.

Most safari tours concentrate on the Serengeti plains that cover the north of the country which boast a diversity of large animals and are renowned for the mass, annual migration where millions of wildebeest and zebra cross the vast Mara River in search of new breeding grounds. However, those looking to avoid the crowds can head south to the Selous Game Reserve and neighbouring Ruaha National Park, both of which host a diversity of fascinating wildlife, including, high concentrations of elephant, large herds of buffalo, kudu, gazelle, ostrich, cheetahs, roan and sable antelopes and more than 500 species of bird!

However, in spite of this harsh, arid topography, the country is home to a truly extraordinary diversity of life, from crocodiles in the Kunene River to big cats in Etosha National Park, and Africa’s largest population of free-roaming rhinos in Damaraland, whilst in Walvis Bay on the countries central coastline, you will find all manner of wildlife, from pelicans and flamingos to marine-mammals like dolphins, seals, leatherback turtles, and, between June and November, Southern Right and Humpback whales.

From the awe-inspiring Victoria Falls to vast lakes and rivers, savanna grasslands and verdant plateaus, Zambia is a truly beautiful place, home to some of the richest and most diverse wildlife in Southern Africa.

Located in the south of the country, the Lower Zambezi National Park comprises some 4000 square kilometres of protected land that supports a large concentration of animals including lions, buffalos, elephants, hippo and crocodiles along with over 350 bird species, making it great for either land or river-based safaris. In the west, Kafue National Park is home to over 150 mammal species, and in the east, the twin parks of North and South Luangwa, feature a number of rare and endemic species including, Thornicroft’s giraffe, Cookson’s wildebeest and Crawshay’s zebra, and the country’s largest population of rhinos. 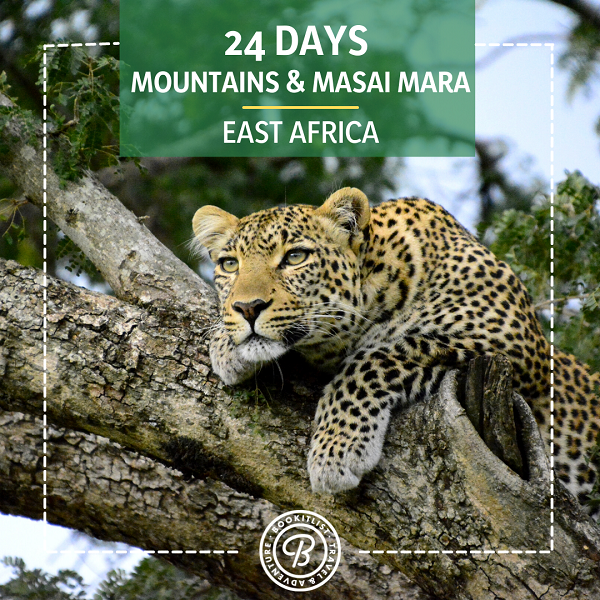 Such varied terrain makes for incredible biodiversity, (over 1000 bird and over 300 animal species, along with a wealth of rare and endemic plant life call Cameroon home) and from big game in Waza National Park (a UNESCO accredited biosphere), to forest elephants and lowland gorillas in Lobeke National Park, and a myriad of primate including, chimpanzees, red-capped mangabeys, red-eared monkeys, and baboons, in Korup National Park, the country offers some of the best opportunities for wildlife watching on the planet!

An adventure lovers paradise - South Africa truly has it all, from cosmopolitan cities to rugged peaks, rolling vineyards, picturesque coastlines and vast savannahs and wetlands, brimming with a magnificent array of wildlife!

An excellent destination for safari, the country has an array of great national parks that offer amazing opportunities for close up encounters with big game; Kruger National Park is one of the largest game reserves in all of Africa comprising 7,523 sq miles of grasslands, mountains, and tropical forests which support some 150 species of mammal including elephants, lions, cheetahs, rhinos, hippos, zebras and giraffes, and over 500 species of bird, and in the east of the country, the UNESCO-listed iSimangaliso Wetlands, is home to large concentrations of hippo and crocodile, along with elephant, leopard, black and southern white rhino and Cape buffalo.

Nicknamed ‘the land of a thousand hills’ Rwanda is characterised by rugged, jungle-covered scenery, from the soaring volcanic peaks of the Virunga Mountains in the north, to the wooded highlands of Nyungwe Forest National Park in the south, which is home to all manner of incredible flora and fauna.

Though there are no shortage of options when it comes to wildlife watching, it is best known for gorilla safaris; the jungle covered highlands in the north host the world’s largest population of Mountain Gorillas, and there is no better place on earth to encounter these magnificent creatures in their natural habitat, whilst in the south, the Nyungwe Forest National Park features an array of primate species, including chimpanzees, and red-tailed monkeys, and is an excellent destination for walking safaris, with its numerous trails and 160m long and 70m high suspension bridge.

Madagascar, the fourth largest island in the world is situated some 400km off Africa’s eastern coast and is truly spectacular, boasting a diversity of scenery encompassing lush rainforests, arid deserts, picture-perfect white beaches, and rugged, lunar-like canyons, along with an incredible diversity of flora and fauna, 80% of which are not found anywhere else on the planet!

Unspoilt, biodiverse, and remarkably scenic, the East African nation of Uganda is an under the radar gem, rich in culture, natural beauty, and home to some of the most incredible wildlife on earth!

For traditional safari, the expansive savannahs of Queen Elizabeth National Park feature large herds of elephants, hippo, Congo lions and African Leopards, along with chimpanzees and over 500 species of bird, or alternatively, trek the forests of Bwindi Impenetrable National Park to get up close with mountain gorillas and forest elephants, or head to Kibale National Park, to encounter chimpanzees, baboons and 11 other species of primate. 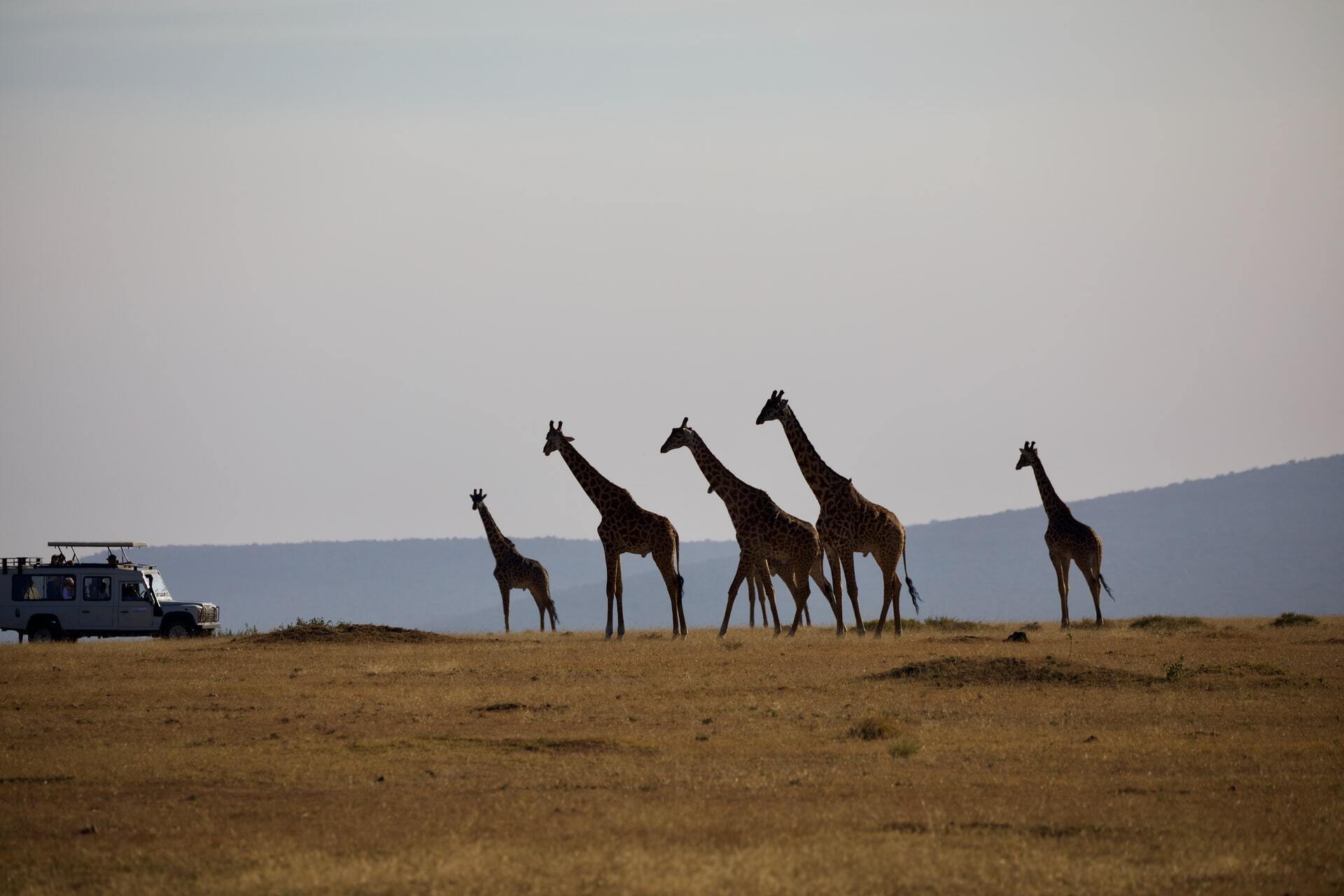 Embark on a once-in-a-lifetime adventure to the wilds of Africa, and get up close and personal with some of the most magnificent animals on earth! 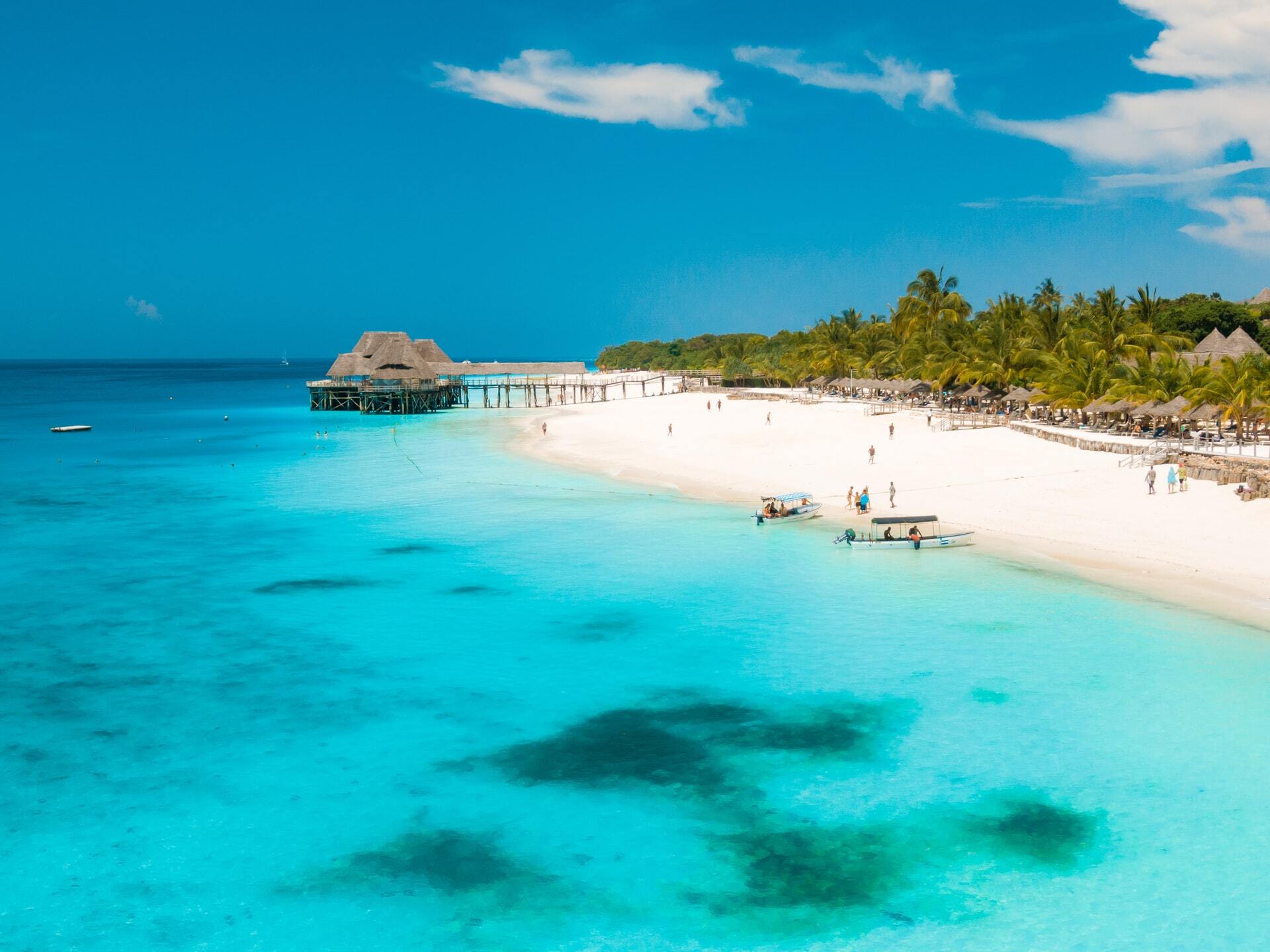 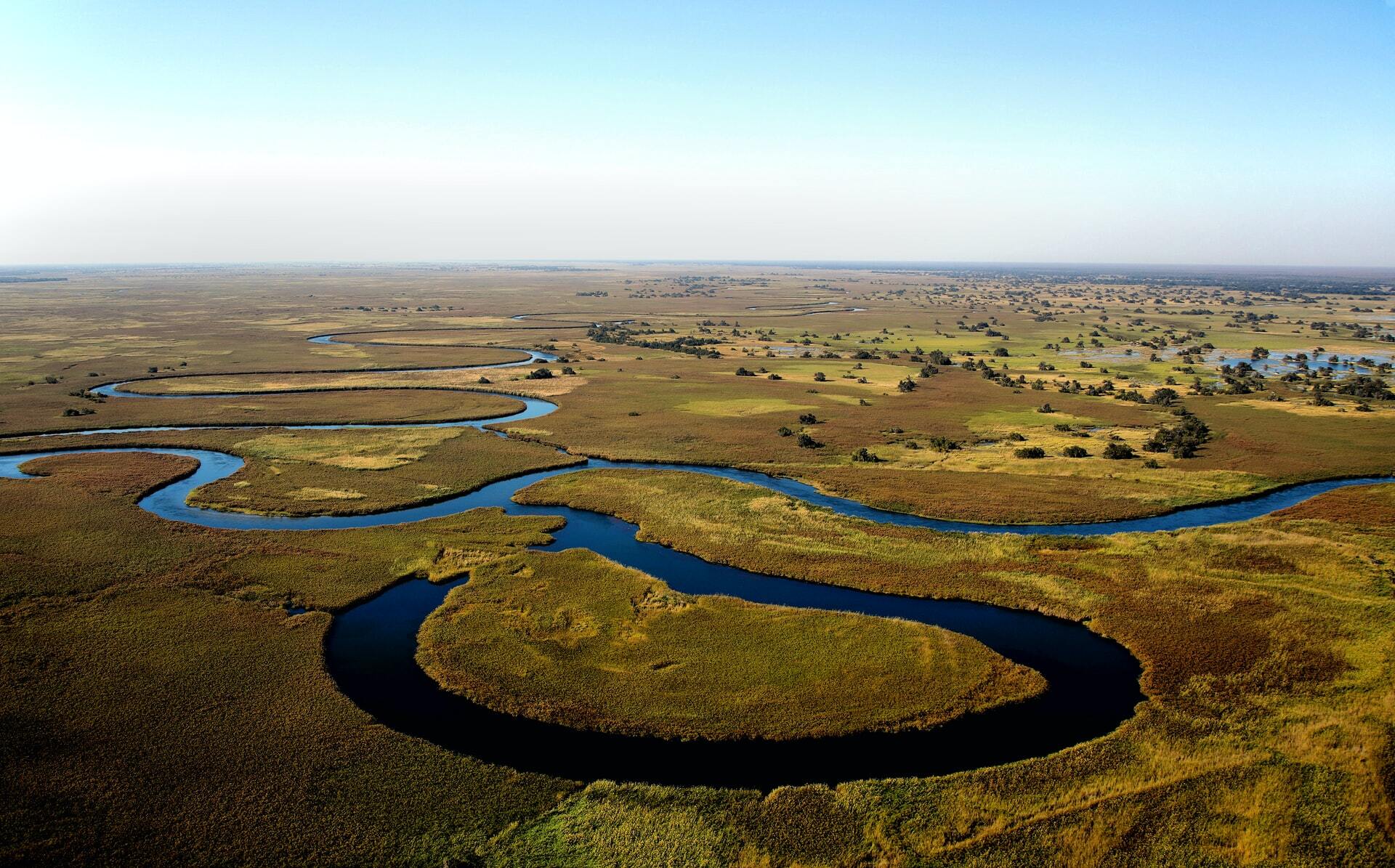 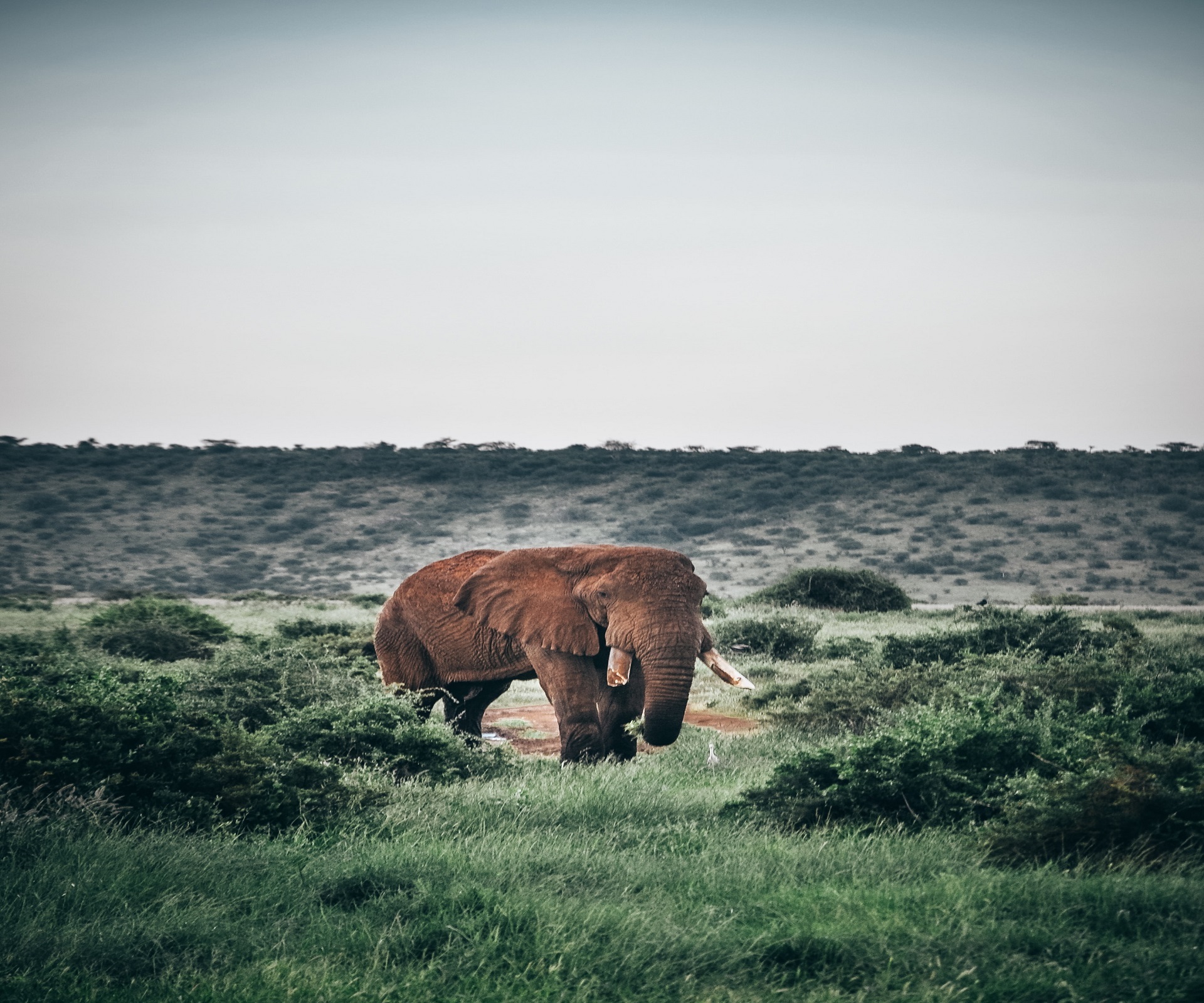